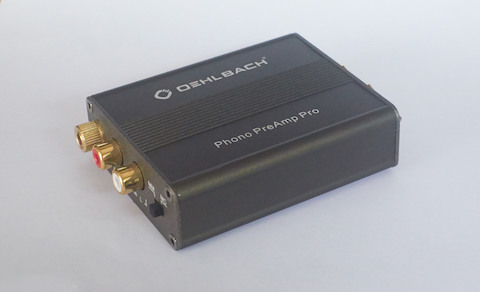 + Compatible with both MC and MM cartridges. Clean-sounding and sufficiently high output with a balanced presentation. Plug and play simplicity, hardly takes up any space and can be hidden away.
– Nothing at its price, but don’t expect cutting-edge sonics.

I HAVE made a silent promise to myself not to use the term “vinyl revival” any more. Almost invariably over the past five years or so, the phrase pops up in any article or report that talks about the format (yes, I am guilty of using it judiciously too) and it is starting to grate on me. I believe that it has come to a point where those who have any interest in records (and music in general) are well aware of the situation and it won’t make any difference to the lives of those who haven’t, anyway.

Unfortunately, I’m going to to have to renege on this promise (sorry, me). There’s simply no way I can talk about Oehlbach’s Phono PreAmp Pro and not mention “vinyl revival” (see, I’ve done it) as it sits in a segment of the vinyl playback accessory market that has shown considerable growth due to the resurgent popularity of the format.

The PPP (as I shall refer to it henceforth) is an entry-level product and will be of interest to those who already own – or are assembling – their first hi-fi system but whose amplifiers do not have a phono stage. It will also be ideal for those with mass-market consumer music systems who want to hook up a turntable. 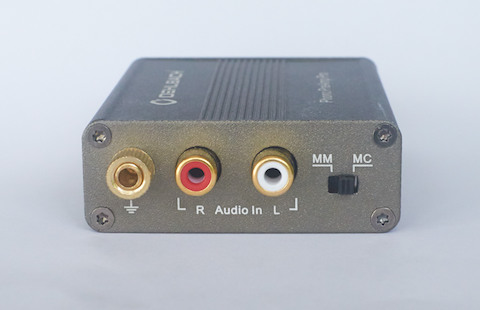 Emphasis is placed on “entry-level” here as the only switchable function on the PPP is between moving magnet (MM) and moving coil (MC) compatibility modes. Input impedances are fixed at 50 ohms for MM and 100 ohms for MC, so advanced users who want to tweak loadings for their cartridges will have to look elsewhere.

There isn’t much to describe – it is diminutive at 24 x 64 x 94mm (h/w/d) and weighs a mere 100g, housed in an all-aluminium casing. All stereo RCA inputs and outputs are gold-plated, and the unit also has a connector for a ground wire if needed. It feeds off an 18V, 150mA DC wall-wart while a toggle switch turns the unit on and off with a blue LED light indicating operational status. 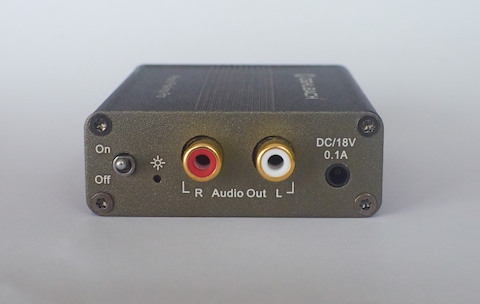 SETTING UP
Putting the PPP to use is simple – plug the stereo pair of RCA plugs coming out of the turntable to its inputs and connect another pair of interconnects from its outputs to the line-level input of the amplifier. Power the unit on and ensure it is set to the appropriate cartridge type and you’re good to start spinning vinyl!

The PPP is so small and light, there won’t be any trouble finding a space for it on the rack or space where the system sits. The only difficulty one may encounter is to ensure the connecting cables and wires (there are quite a number of them) aren’t a mess and that the power supply and signal-carrying cables (including the rest of the system’s) are placed as far apart from each other as possible. Otherwise, hum – especially if using unshielded cables – may be an issue.

LISTENING
As mentioned before, the PPP is an entry-level product, so it is unreasonable to expect cutting-edge performance from it. What it did was call little attention to itself while conveying the warmth and immediacy that is inherent in vinyl playback. There was sufficient presence in the treble, and a fair amount of detail came through. Bass was decent with some low-end punch as well as midrange presence. Plugged into the reference system, its limitations were laid bare – separation of instruments wasn’t obvious and there was restricted front-to-back dimensionality in its soundstage. Images weren’t clearly defined and the music was more of a wall of sound rather than the layered presentation that I was used to.

To the PPP’s credit, its overall sonic was quite lively – you could still groove to the music and by no means did it overly veil the nuances of the records I was spinning. There was some low-level hiss present, but only obvious when the stylus was not in the groove. Once the music is playing, you don’t really notice it at all. In actual fact, I found the overall sound to be balanced. It didn’t emphasise any particular particular frequency range to make it sound artificially punchier or more detailed, and I would go so far as to call it an “honest” presentation, Yes, it had its shortcomings, but was decent enough for me to enjoy a number of two- to three-hour listening sessions with it. 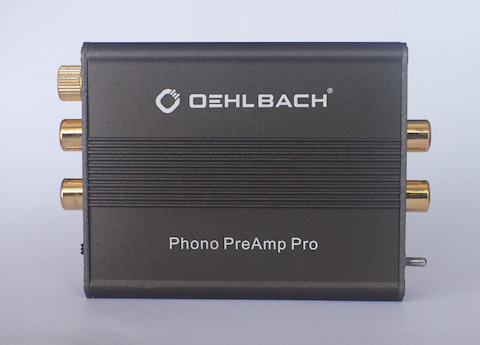 However, the PPP made perfect sense when I used it with a vintage Pioneer PL1200 turntable and a replica of an “old-school” vacuum tube radio (China-made, unknown make and model). I use it for general radio listening and sometimes plug my iPhone directly into this unit, but I have never heard it sound livelier than when I was spinning vinyl through it in tandem with the PPP.

THE LAST WORD
There may be cheaper standalone photo stages available than the Oehlbach Phono PreAmp Pro. Most of them, however, are solely for MM cartridges, and can sound “tacky”, to put it mildly.

The PPP, on the other hand, is well-made and sounds half decent in a modest system. If you’re not willing to part with the larger amounts of cash demanded by established audiophile brands, this may just be the phono stage you’re looking for.