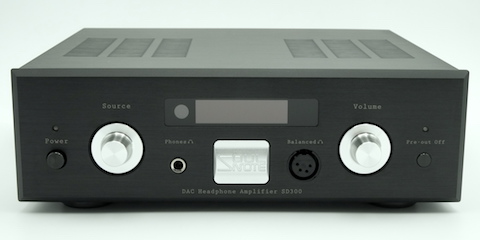 + A very nicely integrated sound with good weight, detail and fair dynamics. Enough inputs of the digital variety as well as having a single analogue RCA input, which is probably all most but the staunchest of analogue diehards will need. Good headphone amp.
– While a strong performer in its price range, it trails some of the top units in ultimate performance. Audition carefully to see if it suits your tastes.

WHEN a brand carries a name like “Soul Note”, it would signal the serious intent of the brand’s principals that it make its mark in the world of domestic audio. Not that the principals of Soul Note need to prove their seriousness, nor are strangers, to making their mark in the audio world. You see, Soul Note is one of the brands belonging to a company where the principals led a management buy-out of Marantz Japan Inc at the dawn of the century.

According to the company website, which has a lot more detail in its Chinese than English text, the team’s badges of honour include, when still employees during Marantz Japan’s Philips-ownership phase, among others, the legendary Marantz CD12-DA12 and Marantz CD7, coveted products even today, in the age of CD’s seeming decline.

Knowing their history, no one need twist my arm to test a digital product from Soul Note, in this case their SD300 digital-to-analogue converter/headphone amp/line-level preamp, this being a product which can form the hub of a traditional hi-fi system (if one were not too heavy on analogue sources, and didn’t need to record using analogue tape or other ancient formats), function as part of a desktop system (if one used active monitors) or in a head-fi only rig. 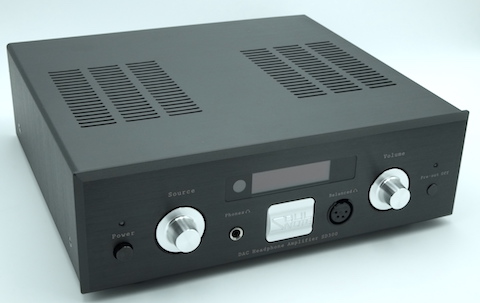 One feature which is becoming a norm is the inclusion of wireless connectivity, in the form of a Bluetooth receiver (with aptX support), so if you store music on your mobile phone and want to use it in a bigger rig when you get home, you may do so may do so wirelessly via the SD300.

The SD300 comes in casework that’s compact and solidly built, finished in all-black but nicely accented with two silver metallic knobs (for source selection and volume control) flanking a clear and legible red-text display in the middle of the unit, with a little silver metallic Soul Note logo badge just below the display. The industrial design adheres to symmetry where push buttons to the outside of each of the knobs function as the power switch (left) and to defeat the line level preamp output (right) if one intends to use the SD300 solely as a headphone amplifier.

There are two headphone output jacks on the faceplate of the SD300, one the vanilla 6.3mm output while the other is of the four-pin balanced XLR variety, both with healthy outputs at 4.2V and 8.4V respectively. This certainly helped wake up headphones like the Sennheiser HD650, which a lesser specified headphone amp (like the ADL GT-40 I regularly use) has to work a lot harder with.

In terms of size, the SD300 won’t match your other usual “full width” casing stuff, coming in at 290 x 98 x 280mm (w/h/d) dimension-wise, but that is true of many a component these days that one wonders if the days of domestic hifi components being in the 420 to 440 mm width (or thereabouts) range as the prevailing industry standard are numbered. 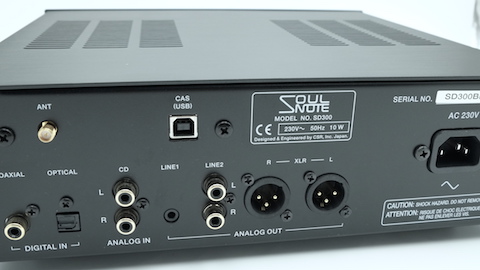 Round the rear, inputs provided for include USB, optical, coaxial for the ones and zeroes coming from the data provision device (as well as the aforementioned Bluetooth wireless option), and, perhaps as an attempt at humour, the single set of RCA analogue input is labeled “CD”. For connection to a power amplifier or active loudspeakers, the user has the option of RCA or XLR outputs, and there is a 3.5mm headphone jack as well.

For the digital section, the heart of the unit is an ESS Technology ES9016 DAC chip, which will allow playback via USB for incoming signals up to 32-bit/384kHz resolution, as well as play DSD64 and DSD128 signals. The optical and coaxial inputs support signals of up to 24-bit/192kHz. 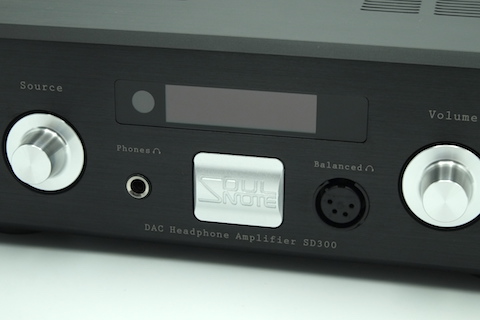 SETTING UP
Non-Mac OSX users will have to go through the step of downloading requisite drivers from the Soul Note website. Nothing too tough for the computer savvy, (which I am not), but for the older and more technologically-challenged ones among us who still find such steps more daunting than mounting and aligning a phono cartridge or even spooling in open reel tape before use, this could perhaps have been easier. Where’s that millennial in the house when you need him/her?

The SD300’s display may be dimmed, which I found useful. The red text didn’t really match any of the other coloured LEDs indicating operational status in my other equipment, so not having it be so dominating during listening in dim, or no, light situations was most welcomed.

One unusual aspect (well, it seemed unusual to me) was that the SD300’s USB connection had to be via a full standard USB cable to achieve lock. I found that using the DaBigGenius USB cable from USB Disruptor/Truth in Systems LLC, where the 5V power feed line is severed, the cable would not allow the SD300 to talk to the data provision device. The SD300 had to see the powerline also to achieve lock.

In terms of physical placement, the SD300 comes with the option of using spikes which can be screwed into dedicated slots to couple (or decouple, depending on your point of view) the unit’s chassis to (from) the surface it is sitting on. I stuck with the standard feet throughout the listening tests, placing it on an ancient, but still effective, Townshend CD Sink to give it some measure of isolation from surface-borne vibration.

During the running in process, I played some of the “sleep accompaniment” material found on YouTube and was rather surprised that there were clicking sounds coming from the SD300 unit when ads appeared in the middle of some of the longer files and also when one file ran onto the next. This was not from the speakers, but from the unit itself. 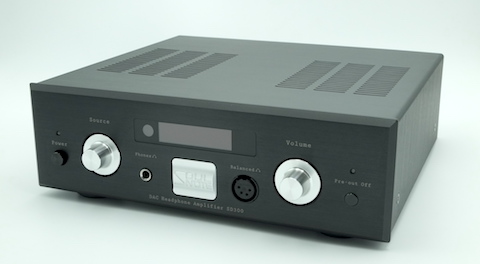 LISTENING
I started by testing the SD300 in what I thought could be its main role for many, ie as a headfi DAC-headphone amp. The unit easily bested the house Furutech ADL GT-40 unit, successfully bringing the Sennheiser HD650s to life, cans which the ADL had always struggled with. A whole dimension of clarity, spaciousness, bass depth and treble extension was there to be had. And this was just from listening to a recording of a solo piano!

Okay, direct connection to a power amp is next. I gave the Soul Note a relatively easy time by pairing it with an Euphonic Research Amp-80, a valve-hybrid amp which normally works with its own passive controller partnering unit. Feeding it red book standard data from a Toshiba DVD player playing regular CDs and 16/44.1 WAV files from a QLS 550 SD Card player, and only then followed on by higher resolution material via its USB input, a consistent character of the sound emerged – one which was nicely smooth and well integrated, with a slightly laid back demeanour. The sound was nicely open with good width and depth, but the latter aspect, as well as portrayal of fine detail, does trail some of the more expensive units I had on hand, including the Exogal Comet and later a Chord Hugo. Grand piano sounded well weighted and powerful, with both the richness of the notes as well as the trailing decay being keenly reproduced.

Treble was fine with little grit or grain, the highs on solo and massed violins sounding natural and sweet, while it portrayed gently struck hi hats and cymbals, as well as all-out assaults thereon, faithfully without losing control. Horns accompanying Sinatra in a swinging big band as well as solo trumpet (Winton Marsalis’ Hothouse Flowers) retained a level of authenticity to satisfy.

The SD300 handled music with dynamic contrasts well, quiet passages building up and segueing into more frantic passages in some of the orchestral material played, with the unit keeping and maintaining interest in proceedings. Bass was one area which was quite good, solid and well defined, but in terms of overall coherence and rhythmic drive, while the results did not disappoint, I was perhaps hoping for something more outstanding. Again, there was the feel that things may just be taking a slightly more cautious approach.

This type of presentation has its fans, as there were one or two tracks where, while I rate the comparison units (the substantially more expensive Exogal and Chord Hugo) higher, as it should be, solo cello and vocal just sounded lovely through the SD300. One such track was Eddi Reader singing Ay Fond Kiss from a Fairground Attraction compilation CD, where she is accompanied only by an acoustic guitar but which was not as well recorded as it could have been – I appreciated the results from the SD300 on this track/recording more than from the other DACs I had on hand.

THE LAST WORD
The SD300 delivers good, consistent sound with a useful mix of inputs and importantly, does include an analogue input that performs fairly well when a line level analogue source is plugged in. Its biggest strength is its performance as a headphone amplifier where it showed a clear advantage over the other comparison units in sounding more comfortable driving headphones like the HD650s.

As a DAC-pre working into a more traditional hifi set-up, it is not quite the last word in resolution of detail and rendition of dynamic contrasts, though it is up to the standards shown by other units in and around its price range. I would not view it as a first choice for rock music lovers but it earns itself a deserved recommendation given it hardly puts a foot wrong in any areas and the results are still entertaining and engaging.