Exposure’s new flagship is the 5010 range 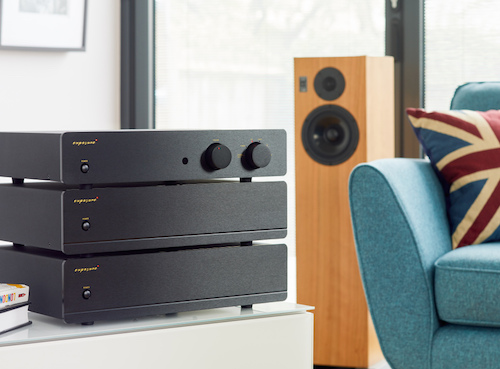 SAY goodbye to Exposure Electronics’ flagship MCX range – it has now been replaced by the “5010” series, which is more compact and streamlined to reflect the company’s ongoing design ethic. The range comprises the 5010 preamplifier and 5010 mono power amp.

The preamp has six line inputs, one set of which can be reconfigured for MM/MC phono via an optional PCB board, or as a DAC (BNC and USB) which is 24-bit/192kHz and DSD 64 compatible. The 5010 mono, meanwhile, delivers 200 watts into eight ohms an, 370W into four ohms.

According to the company, the MCX series had become too massive for modern homes and trends, where living spaces are becoming smaller.

“During 2016 and 2017, Exposure introduced its innovative XM series of hi-fi components, each of which sports an impressive complement of high quality features in a neat, half-width size. So, having perfected the art of packing a great deal of high-performing technology into a smaller space, the company then turned its attention to revisiting the top end of its offering and the question of how to create its finest combination of amplifiers yet at a fraction of the physical size.

“The result is the brand new 5010 series – at first glance, you might be hard pushed to tell them apart from the brand’s existing 3010 and 2010 series. Significantly trimmer than their MCX predecessors, they sport Exposure’s trademark clean, simple look. On the extruded front panel of the power amplifier you’ll see nothing more than a power button, while that of the preamp is equally pared-back with just a power switch, a single input selector knob and the volume control. No endless rows of flashy buttons or LED displays here. Instead, the Exposures make clear their intention to focus on the more critical business of delivering high-performance amplification. 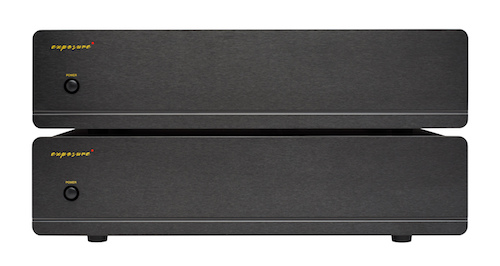 “The mono power amplifier delivers a mighty punch with double the power of the 3010 series equivalent. It features an 800W transformer with dual rectification and two 10000uF screw terminal capacitors, along with eight power transistors per channel. A specially designed slow start circuit reduces the power-on surge, which would otherwise be considerable in view of the size of the transformer.

“The preamplifier has a balanced output and is DC coupled using servos at the output, and only one capacitor at the input. Its power supply features a 200W transformer, fast rectifiers and 24 high-quality smoothing capacitors.”

The 5010 series is available now, in black or silver finish – check with your distributor for pricing.

Bowers & Wilkins PX headphones – a study in contrasts
Rogue Audio Cronus Magnum II – is this the one?