Sony MDR-1000X wireless headphones – as noiseless as it gets 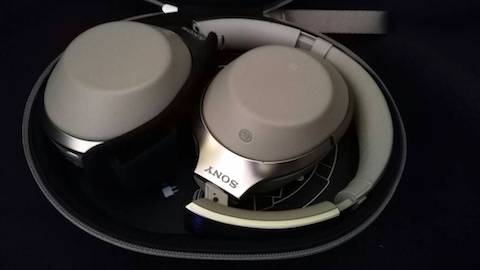 + Excellent sound, easy connectivity and state-of-the-art active noise cancelling performance coupled with well thought out convenience and safety features. Bass quality stands out for its depth and tunefulness. At its price, an excellent buy.
– The Sony MDR-1000X may seem too big for some buyers; there is also a higher level of creaks when moving one’s head during listening, which may bother some more than others.

SONY hardly needs any introduction to the audiophile. It has been at the forefront of many groundbreaking products, and invented the Walkman and, with Philips, the compact disc. In recent times, however, Sony like many of the Japanese majors, has suffered from changing consumers tastes and has not been the force it used to be. Of course, it has also diversified into newer areas such as cameras and gaming machines, and has also expanded further into the booming market for headphones where it is one of the largest players with a range of low budget to no-holds-barred, state-of-the art offerings.

The product under review is the MDR-1000X, its flagship wireless active noise cancelling headphone. Befitting its status, it also sports some pretty nifty and some would say radical features!

The review unit is in beige but it also comes in the traditional black. Fit and finish are well up with similarly priced rivals although the review unit does show some light scuffs from its use for demos. It is also quite light considering that its innards include a Bluetooth unit and DAC/amp and battery.

The MDR-1000X is quite bereft of any special distinguishing features in terms of appearance, indeed some would say it is quite plain. But below the surface are some rather exceptional features.

Firstly, it sports a touch type of control on the right ear-cup. Sliding a finger up or down changes the volume, while taps on the centre will pause or start play. Sliding left and right will change tracks. Quite clever indeed but the most useful and nifty feature is when one cups the right ear-cup, the music is muted, allowing outside sounds to be heard. This is a useful feature when one is on a plane and the stewardess is talking to you or when you are walking and about to cross the road when you need to hear outside noises.

The clever features continue on the left ear-cup. In addition to press buttons which are discreetly set at the lower edge to allow for power and noise cancelling on, one other button allows for ambient noise to be set for voice or normal so that should you require it, you can hear voices through while still enjoying music. A long press of the noise cancelling button sets into motion the Optimisation function but more about that later. 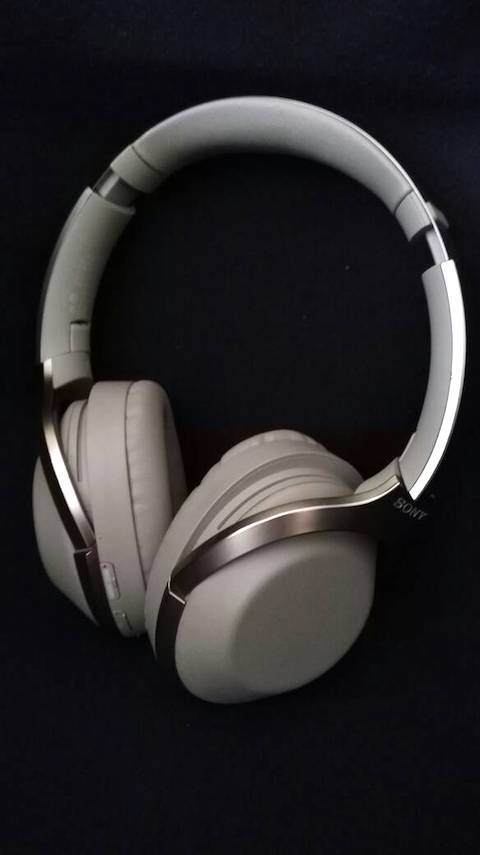 SETTING UP
Hooking up the MDR-1000X via Bluetooth to each of my devices was real fast and easy, and each time the reconnection was automatic. The connection is also very stable and throughout the review period, there was not a single occasion of dropout. For Android phones that are so equipped, the connection can also be thru NFC but I did not try that.

For the listening and review, I decided to firstly assess the headphone’s absolute sound quality by using it wired and passive to compare with my in-house references, the old stalwart Sennheiser HD600 and the Oppo PM3. Then I would compare it with another in-house Bluetooth headphone, a much cheaper unit from another big-name brand and finally I would comment on the noise cancellation capabilities.

LISTENING
As mentioned, first up is a comparison in passive wired mode with my own headphones. Tracks used included simple acoustic and vocal music such as David Roth and complex jazz and classical pieces including symphonic material.

Obviously, there were tonal differences between the three headphones, with the Sennheiser sounding melodic, warm and with good timbre whilst the Oppo was lighter and tighter in bass while being slightly more detailed.

The Sony MDR-1000X was somewhere in between; it has a warmish tone, bass that’s full but not as tight as the Oppo but seemingly more tuneful!

Overall it was pretty difficult to say which was the better as each had their merits. For example, on the Marcus Miller track Lonnie’s Lament from the M2 album where his bass guitar goes down to the basement, the Sony wins hands down but with vocals such as Diana Krall, my preference was the Sennheiser.

With jazz trios and quartets such the New York Trio, it was the Oppo that fully fleshed out the details of the drummer’s light touches. But there was no question that the Sony belonged to this level of performance thus putting to rest one of those perceptions that headphones with Bluetooth can’t sound good.

The Sony excelled in low bass and double bass from Ron Carter was fleshed out naturally and beautifully and with impact. The Sony has a very non-fatiguing sound signature, which is important since it is likely to be used for long periods on flights. 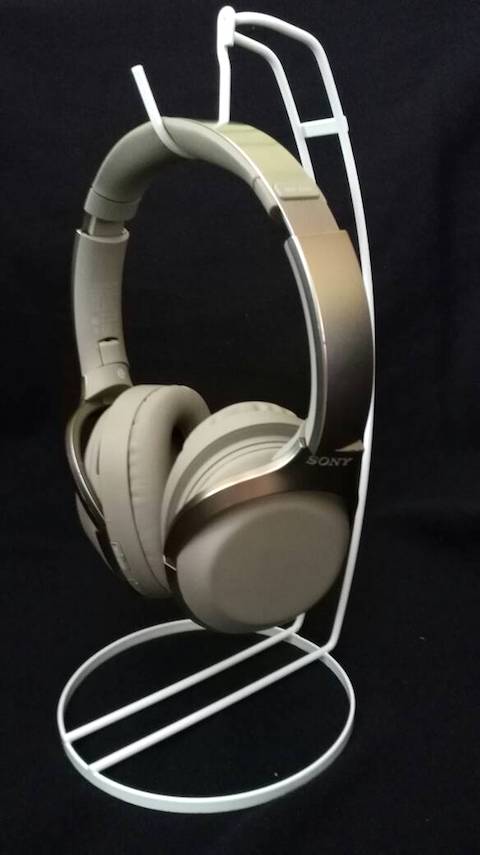 Moving on, I listened to the Sony in wireless Bluetooth mode. Streaming from my smartphone various tracks be it mp3, FLAC or WAV formats, the Sony always seemed highly musical and I found it hard to distinguish any of the formats. This, I attribute to another of the Sony special features, its inbuilt proprietary DSEE HX engine which “upscales your music to near high resolution sound quality”.

In contrast, my four times cheaper in-house Bluetooth headphone was brightish and lacked bass with mp3 and FLAC files, and overall was of much poorer sound quality. Bluetooth connection stability was also much better with the Sony, especially obvious when the two devices were not directly in line of sight. Obviously you get what you pay for!

Spotify set to extreme quality, streamed from my phone was also of very high sound quality, sounding very much like a WAV file such was the DSEE HX engine capability. I should also mention that to my ears, there was almost no perceptible sound quality difference between the wired and Bluetooth mode, and in fact I felt on some tracks I preferred the Bluetooth mode! The Sony also has sufficient headroom to go very loud in Bluetooth mode! Given Sony’s prowess in digital technology, the built in DAC/amp is of very high calibre.

Finally, my take on the noise cancellation capabilities of the Sony. In one word, excellent. I don’t have another top class noise cancelling headphones to compare with but in use, outside noises such as train or bus rumble were almost totalling cancelled.

When I first started the review, a huge thunderstorm was raging on at my place. With the noise cancelling on, I was completely oblivious to the roar of the rain against the ground and the roof. I also used the Sony while vacuum cleaning a newly acquired batch of LPs and while the higher pitch whine of the vacuum was still quite audible, it made music listening possible throughout the process, which I think says enough.

The noise cancellation is equally effective whether the headphones were in wired or Bluetooth modes as it should be. For those who want to blank out TV noises, the Sony is excellent too as only a minimal amount of higher pitch noises such as female dialogue would come through. My much cheaper reference from another brand is far behind overall in terms of noise cancellation as well as sound quality.

I mentioned the Optimisation feature earlier. What this does is to emit a series of sounds when the feature is activated to ‘analyse the shape of your head and the wearing style, and optimise its sound to fit the measured space.

Initially, I thought this was one of those gimmicky things that reads well but doesn’t really have any effect in practice. Boy, was I wrong! When I first put on the Sony, I was not too happy about how it reproduced voices, but when I accidentally activated the Optimisation mode, it was like a different headphone. Everything seemed to snap into focus and voices took on a natural perspective. All my comments in this review are after this optimisation was done.

I was very impressed by the MDR-1000X in terms of its overall sound quality, its easy connectivity and its special features but I must mention one small aspect that I found hard to imagine in a higher end product from Sony. There was a higher level than normal of creaking sounds when I moved my head up and down or sideways, this obviously emanating from the swivel points of the headphones. It may be only the review unit that has this issue. Judicious use of plastic friendly lubricant helped but did not completely eliminate the problem. Maybe as reviewers, we are more conscious of any exceptions. Having said that, I asked a few other persons to have a listen and none had any such issues.

THE LAST WORD
There is no question that Sony has made an excellent wireless active noise cancelling headphone in the MDR-1000X. Sound quality is right up there with the best at its price range, its Bluetooth connectivity is stable and also seemingly has no sound quality sacrifices while its noise cancelling capabilities will serve frequent travellers very well.

At  this price and with its unique special features, it definitely should be on anybody’s shortlist of headphones to buy regardless of whether you want Bluetooth or not. For audiophiles on the go, this is highly recommended for audition.