Stoner Acoustics UDX DAC – toe-tapper, with a caveat or two 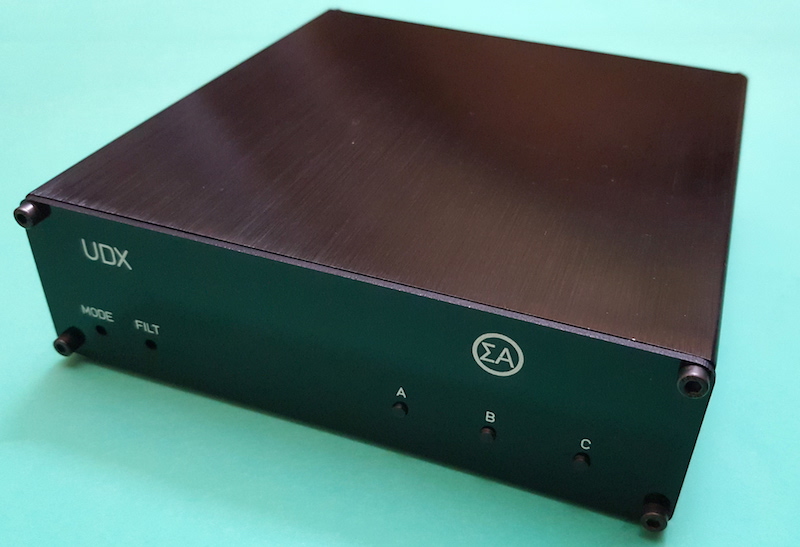 + Affordable; superb imaging properties; will appeal to those seeking neutrality; can be driven from USB without additional power supply; accurate stepped volume attenuator down to the lowest levels; supports a wide array of formats.
– Noticeable noise floor and graininess; controls can be better; only USB input.
Sound: 7.5/10
Value: 8/10

BACK around 2012, the head-fi scene was greeted by a small USB stick-sized DAC made by a Malaysian company. Slowly but surely, it kept turning heads and was considered as one of the “gateway drugs” to audiophilia. Of course, I’m talking about Stoner Acoustic’s first DAC, the UD100.

Utilising an ESS Sabre ES9023 DAC chip, it competed way ahead of its price point and fearlessly fought against giant killers like the ODAC (especially ODAC). Positive reports of how you can only differ between the two by paying really close attention speaks volumes of the designer’s achievement.

Through the years, Stoner Acoustics has released several more DACs and amps for both portable and desktop use. Its latest offering, the UDX, is a compact desktop DAC that connects to your computer’s USB port. 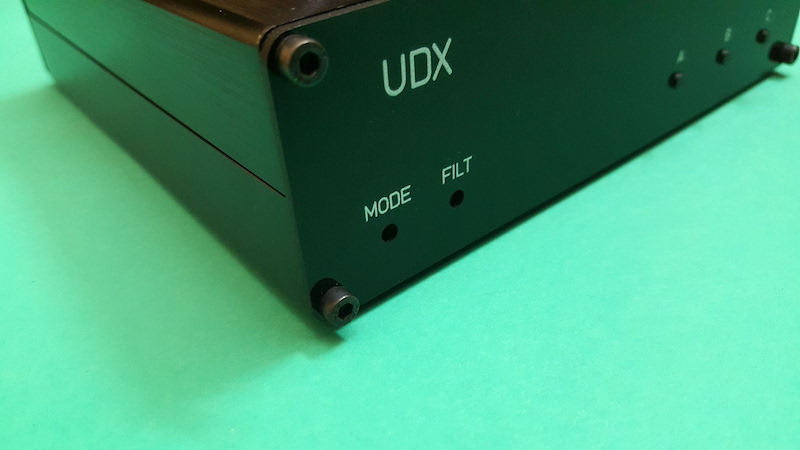 The UDX is an unassuming sleeper product housed in an extruded aluminium chassis with black acrylic faceplate and backplate. It looks a lot like a project box you get for an Arduino or a Raspberry Pi, deviating from how the UD125 and EGD were built using all-aluminium chassis and CNC milled labels.

On the back, there’s only one USB input which sends data and power to the the unit, and which you can bypass by using a power adapter. Beside the USB port, there is a toggle switch labeled UAC (or USB Audio Class). Perhaps an upgrade compared to the EGD and UD125, the UDX comes with two pairs of outputs – one XLR and one RCA.

The UAC switch allows you to switch between UAC 1 that supports PCM up to 24-bit/96kHz, and UAC 2 that supports both PCM up to 32/384 and DSD 64/128. To run on UAC 2, you will need a driver that you can download from Stoner Acoustics’ site. 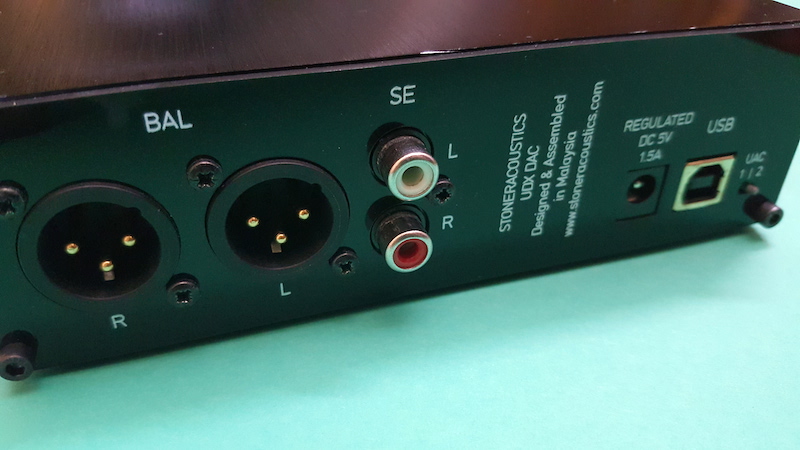 In front there, are only two LEDs on the left labelled MODE and FILT, and three click buttons on the right labelled A, B, and C. The lack of a screen imposes a bit of a learning curve to operate, so you will definitely need to read the user manual. Pressing and holding the C button switches between preamp and line out, while buttons A and B control the volume in pre mode. Clicking C button quickly cycles through the seven filters, which are:
1. Sharp Roll-off
2. Slow Roll-off
3. Short Delay Sharp Roll-off
4. Short Delay Slow Roll-off
5. Super Slow Roll-off
6. Super Extra Slow Roll-off
7. Low Dispersion Shot

There is no volume level indicator and the Mode light will only tell whether you’re on maximum or minimum level. The light is yellow between any of the two extremes and the volume level will be saved after you set it, so keep that in mind before you connect any sensitive speakers or headphones.

Volume is attenuated at 0.5dB steps and holding the volume buttons will speed up the process. At 0.5dB per step, it will take a little while for you to change volume but the payoff is you get very precise volume attenuation. In line-out mode, the volume control is bypassed so it works as a pure DAC.

LISTENING
Although the unit looks plain on the outside, the insides pack a lot of punch. It utilises a Savitech SA9227 USB controller and the flagship AKM AK4497EQ DAC chip. The UDX has a specified THD of less than 0.001% at 20Hz-20KHz.

Through my testing period, I found no discernible difference in sound quality between using it with the USB cable alone and with the power adapter. This wasn’t surprising with the two Texas Instruments ISO1540 and ISO7640 digital isolators in place.

The UDX performed well in my listening tests, yet the performance wasn’t stellar. I would say moving from my Matrix Mini-i DAC to the UDX is a side step with some trade-offs.

The sound signature can be described as neutral with a slight treble emphasis. On David Gilmour’s Rattle That Lock, the UDX imaged well and better than the Mini-i by placing instruments in their own space in the soundstage. I’ve echoed this sharp imaging characteristic in their previous DAC, the EGD. It feels like a realistic space in front of you. Although the soundstage is not too wide, it is deeper than my Mini-i. 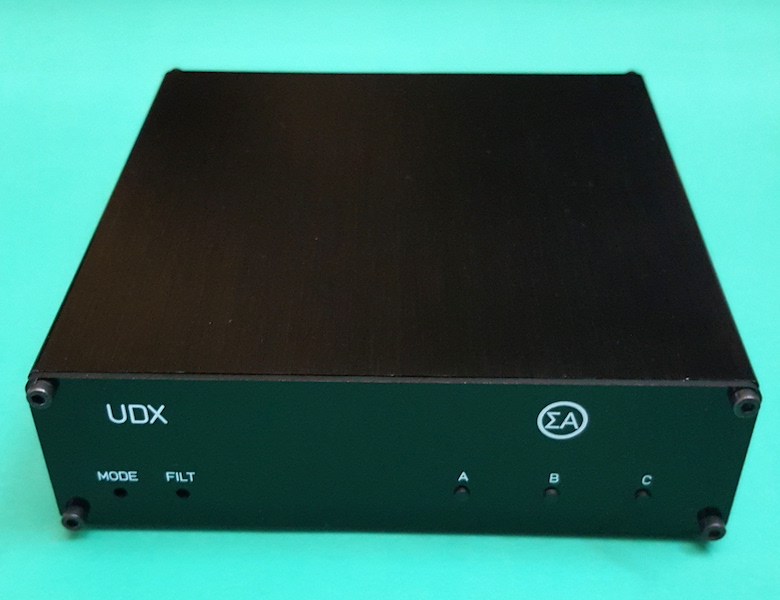 The bass is tight and reaches deeper without rolling off prematurely. It reveals a lot of the bass lines in Ghost’s Cirice that doesn’t bleed into the mids so what you get is a clean bottom end. This also coincides with how I found the bass on the EGD.

Putting the UDX through a multitude of genres as my litmus test, on busy tracks like Psychosocial and Duality, it stays fairly coherent yet the micro details will collapse if the mix between guitars and cymbals is too aggressive. Despite that, the UDX is exciting and energetic with every hit of the double pedal clearly audible.

Going from artistes like Metallica to Sting, you can still feel the pent up energy like a racing horse bucking behind the gates trying to launch. Where the Mini-i is relaxed and smooth, the UDX is rawer and rougher.

What perhaps could be better improved on the UDX is the background. I found an underlying grittiness when music was playing, and on prolonged listening sessions, it was fatiguing. My warm Sennheiser HD525 handled it better than the bright and revealing Final Audio Pandora Hope VI, which exposes any flaws I have in my chain.

THE LAST WORD
Although not a looker, the UDX images very well, and to me, it’s arguably one of the best I’ve yet heard in this price bracket. It excels in some areas and makes you tap your toes, but having only one USB input with no screen to show the settings leaves much to be desired.