IT is just past the halfway point of the year, but it’s also the time when Malaysian audiophiles whip themselves into a frenzy – this when the KL International AV (KLIAV) show comes around. KLIAV 2017 was held at the Sunway Putra Hotel in Kuala Lumpur, a change after 16 consecutive years at the JW Marriot Hotel.

The venue might have changed, but remaining constant was the amount of gear for hi-fi enthusiasts to drool over. A caveat first though, I did not listen to every setup at the show (spent too much time crate-digging for LPs), but there’s always the chance to revisit the show over the next two days. The systems that caught my attention were not necessarily the best-sounding there – I also took note of the novelty of the component and products from regional manufacturers, so the mentions here reflect that as well. 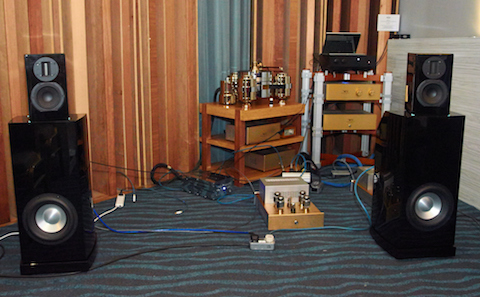 First off from Down Under were the diminutive Axisvoicebox S speakers – but don’t let the size fool you. These are capable of some tremendous dynamics! A demo with the drum solo from Take 5, was to put it simply, explosive – and this was without the accompanying EBS (Extended Bass System, mind you, don’t you dare call them subwoofers!) in play. This was accomplished with just a modest integrated amplifier from Redgum (also from Australia) providing driving duties, which proves that you don’t have to spend megabucks to get world-class sound. 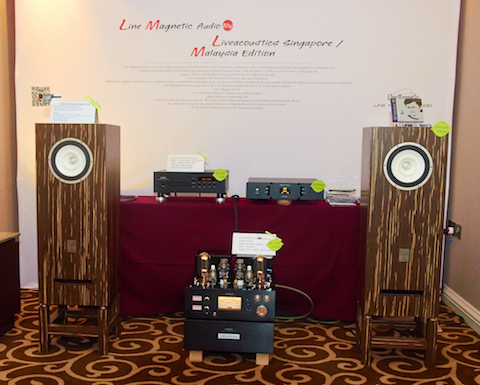 Another product, this time coming from Singapore were the GML (Gamut Magnetic Laboratories) full-range speakers, driven by an entire Line Magnetic source and amplification. It had fantastic purity, transparency and great tone, which brought out vocal tracks really well. 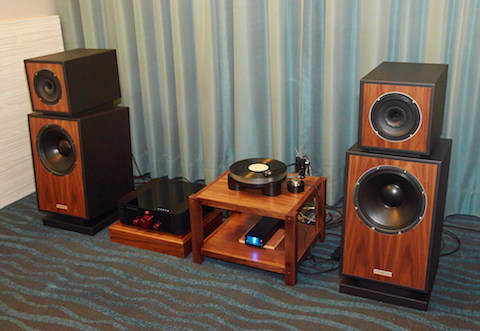 For something non-conventional, look no further than the DynamiKKs 8.12 speakers. This is a three-way design, but its eight-inch dual-concentric drivers are housed in a separate box that sits on top of a bass cabinet which sports a 12-inch driver. Notably, the source was a Taiwanese-made turntable called the TT3 from Tien Audio, which was in turn fed into an Astintrew AT8000+ phono stage and a DA&T A38 integrated amp. It had great transients and immediacy, which was really impressive considering this is a relatively simple, no-frills setup. 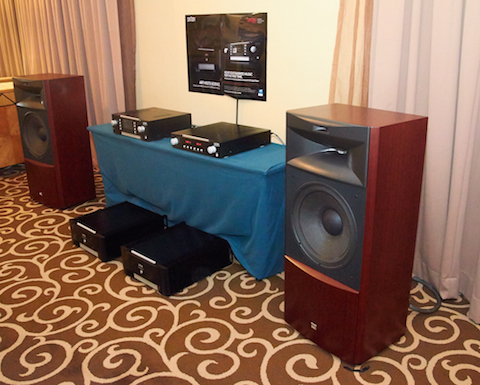 Moving up the scale, there was another notable setup sporting JBL S4700 loudspeakers and plenty of muscle behind it in the form of a a full Mark Levinson chain (No.519 Audio Player, No.523 preamp and No.536 monoblocks). I heard a piano track on it and it was superbly agile, and delivered transients and dynamics with ease. 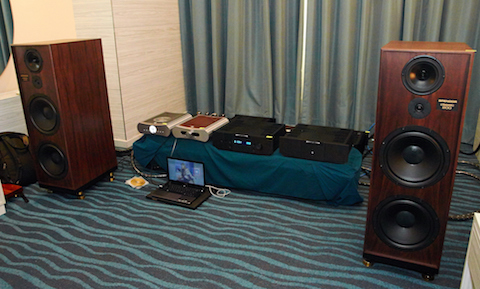 Another speaker which took me by surprise was the Spendor Classic 200. By looks alone, they appear rather dated and one might even expect them to plod along – but no, these were one of the faster-sounding systems there. Of course, the fact that there was ample heft behind them (in the form of Balanced Audio Technology’s REXII preamp and monoblocks for mids and highs, VK255 Se for bass) had plenty to do with it, but it was great fun to experience, nonetheless. 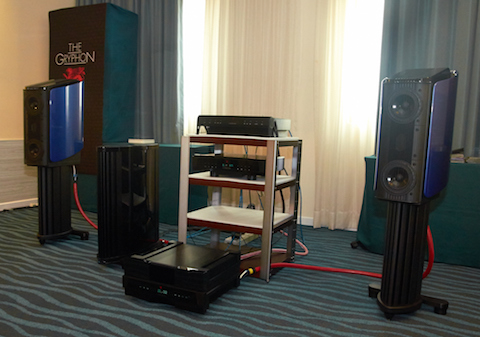 If your bank balance is healthy enough, you can’t go wrong with an all-Gryphon system. The one comprising the Scorpio CD player, Diablo 300 integrated amplifier and Mojo S speakers will give you pretty much everything an audiophile desires. The scary part is the Mirage preamp and Colosseum Reference Standard stereo power amplifier wasn’t even in play. It was on static display but I was told they’d be put to use over the next two days – so there’s at least one good reason to revisit the show! 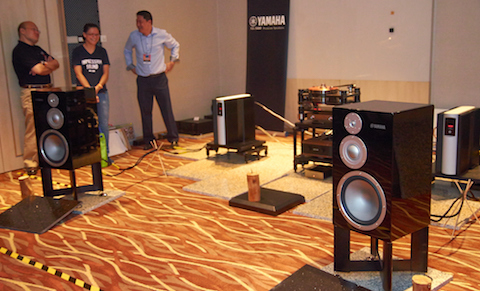 While Japanese electronics giant Yamaha have been making quality products for decades, it is somewhat unfair that they are not usually associated with the ultra high-end gear. Well, a listen to its NS-5000 speakers will change that perspective immediately. (Note: I’ve experienced its now-discontinued Soavo range of speakers before, and they were no slouches either.) There was some really top-notch gear behind it, namely the Kronos Pro LT turntable (yummy!), Absolare preamp and Mark Levinson top-of-the-line power amplifiers, which makes this one of the must-listen setups at the show!

And there we have it – these are the systems of worthy mention on Day 1 of the KLIAV show. I’m sure there are many more to uncover if you’re going there over the weekend!

HIFIMAN HE350 headphones – all sizzle, no snazzle
Tasty audio treats at KLIAV Show 2017