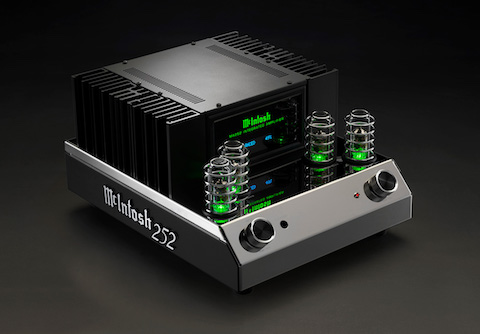 MYSTERIOUS are the ways of the universe and manufacturers of hi-fi equipment. After decades of making either tube or solid-state amplifiers, McIntosh Labs finally decided it was time for a hybrid unit – and thus, the MA252 integrated amp that mates a tube preamp stage with a solid-state power amp. The visual cues are very retro, making it very desirable… but what McIntosh component isn’t!

Two 12AX7a and two 12AT7 tubes drive the preamp, and are housed in protective cages, while the direct-coupled solid-state amplifier outputs 100 watts per channel into eight ohm speakers or 160W into half that load. And yes, a full analogue design it is, none of that Class D stuff. 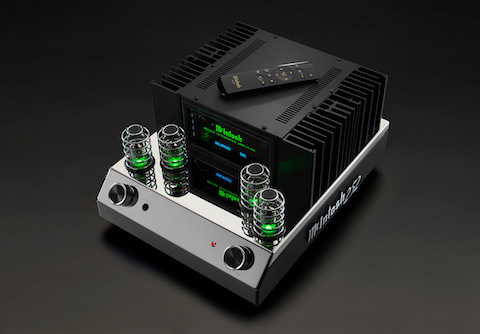 There are four source inputs – three RCA (including one for phono MM) and one balanced, and all can be named for your convenience. Bass and treble controls are provided, as is a full-range subwoofer.

Quoting from the press release:

The MA252 features our McIntosh Monogrammed Heatsinks which are connected to advanced high current output transistors. These transistors eliminate the typical amplifier warm-up time so that the MA252 is in peak operating condition from the moment it’s turned on. A powerful control microprocessor is used for smooth system operation, along with some of the latest audio-grade circuit components that deliver the best possible sound. 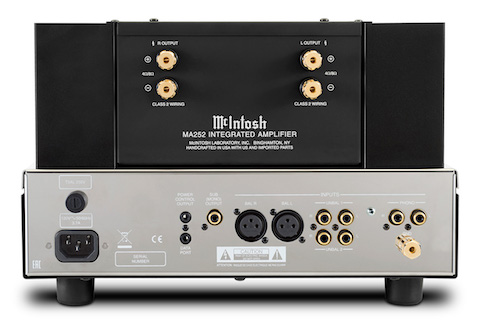 ​
Thanks to its solid state output, the MA252 is our first product containing vacuum tubes to include our patented Power Guard technology. Power Guard monitors the output signal for signs of overdriving and makes real time micro adjustments to the input signal to prevent harsh sounding clipping that could potentially damage your speakers. If Power Guard is activated, the two vacuum tubes connected to the affected audio channel(s) will flash an amber colour; they will return to their normal green colour when the clipping has stopped. 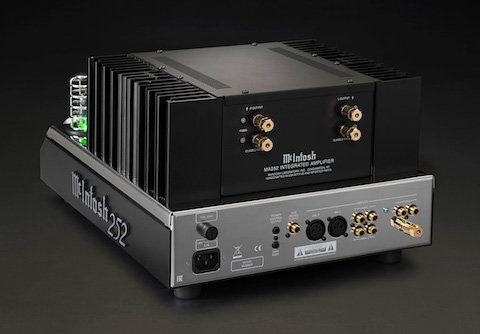 Other McIntosh technologies found in the MA252 include Sentry Monitor, High Drive headphone amplifier and gold-plated speaker binding posts. Input selection, bass, treble, tone bypass, balance and input offset levels can be adjusted using the front panel knobs or the included remote control; all settings and input selection will be shown on the OLED display. The entire unit sits atop a beautiful polished stainless steel chassis with a classic McIntosh-styled die cast aluminium name badge attached to each side.

So what are you waiting for, call your dealer now for pricing and other details not mentioned here.