KLIAV Show 2018 – getting into the groove 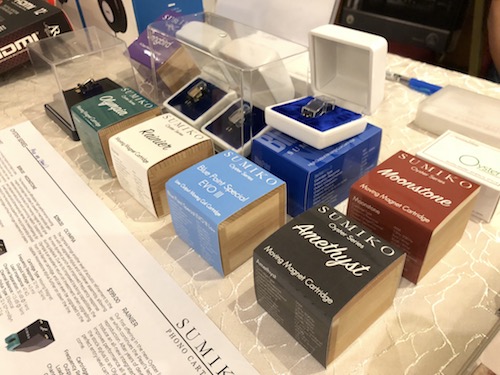 VINYL at this year’s KL International Audio Visual (KLIAV) show was reminiscent of one of my favourite classical pieces, namely Mussorgsky’s Pictures at an Exhibition which is a suite of 10 pieces with a varied promenade, as I strolled through the exhibition rooms seeking an analogue musical journey.

Akin to the promenade, it is difficult to wipe the smile off your face when you are greeted with a showcase of Dual and Clearaudio turntables as you begin your journey with such anticipation. What is clear is that the amount of enthusiasm fuelling the local analogue vinyl scene is well and alive among both exhibitors and enthusiasts, moving around in a vivid animated scene much like Mussorgsky’s composition. 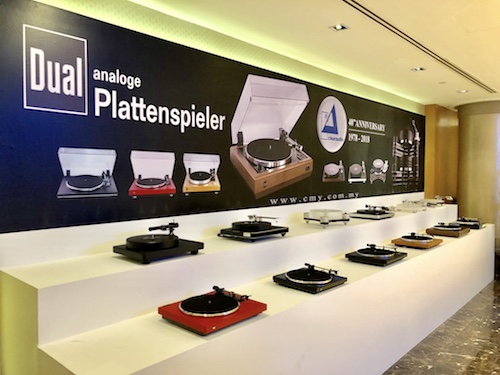 Being first in line for records is of paramount importance for a vinyl junkie as equipment can always wait in-line. My first stop was at Groove Records, which had an audiophile selection of new “must-have” pressings. It’s always great when you can meet an artiste in person and that’s exactly what the Groove Shop did. They brought the sultry Singaporean songstress Jacintha Abisheganaden and her producer Ying Tan to launch her new album, Fire & Rain. Scores of fans thronged at rooms where she sung her favourite tunes and the highlight of the event was to have your Jacintha albums autographed. As for me, I had a great conversation with Tan while going through various test pressings of her previous albums including a mislabelled test pressing of Lush Life that I brought along.

One would be spoilt for choice between new and used pressings at the show this year with at least eight locations selling LPs. New Leafs Records offered a myriad of quality used records that you would have spent your entire budget on after digging through the crates. I scored a rare live recording of Wes Montgomery’s Full House at Tsubo-Berkeley, California and had to apologise to the editor for the late submission as I was really enjoying the record after the show. I was surprised to meet Sirarat Katan of Impression Sound Studio of Thailand as I have been a fan of Pompan Channet’s Oopiib Sings Impression album that was launched fairly recently in Thailand. Being a fan of Gary Karl’s Cello albums, I was grinning cheek to cheek when Red Ape Holdings from Taiwan had an awesome selection of his recordings alongside a series of The Absolute Sound’s annual selections ranging from 2006 to 2017. You can’t miss Todd Garfinkle of MA Records for his impeccable recordings and rice paper record sleeves. 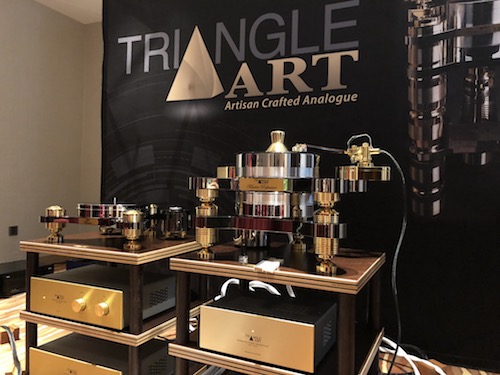 The Gnomus (Act #1 for Pictures at an Exhibition) for the show was the Triangle Art room by the Groove Shop where a Master Reference turntable was hooked up to a set of full Triangle Art electronics playing through a pair of Venture Xtreme loudspeakers. It was light years ahead of last year’s demonstration and clearly impressive as I had been listening around over a span of three days. I found some of my friends who are hard-core digital enthusiasts overstaying on their seats, tapping their feet to the music.

I strolled down the hallway to YL Audio, which had the Kronos Pro and Reference Phono setup paired with Absolare amplification and Sonus Faber Lilium loudspeakers, clearly the most expensive system at the show. The team did an amazing tuning job over the duration of the show, as it sounded at its best playing Tsuyoshi Yamamoto’s Midnight Sugar on the final day of the show. The Kronos Pro was also seen as a source by Perfect Hi-Fi to demonstrate the Audio Research and Sonus Faber range. 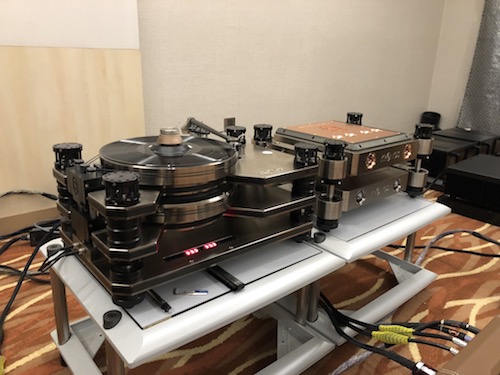 It’s always a sight to be greeted by a full FM Acoustics setup complete with a FM Resolution Series Phono (de-click and de-crackle) and a Vertere Record Player SG-1 Standard, sitting on a Thixar isolation platform, in the Absolute Sound room. Only lightning can be quicker with its live-like music impressions. 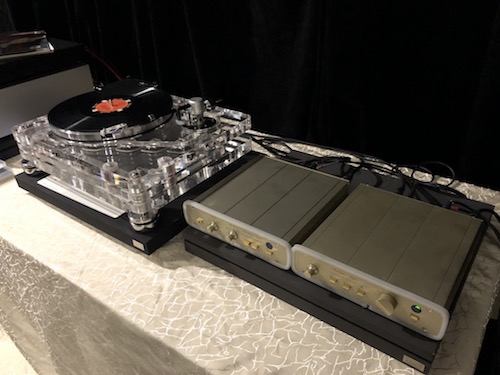 This year was a tad nostalgic for me as I met with my previous love affairs. The three reiterations of the evergreen Linn LP12 at Global Audio brought out a hint of regret for selling my vintage 1970s LP12 some years back. I did wish that the LP12 was hooked up as this year’s focus was clearly digital for Linn. 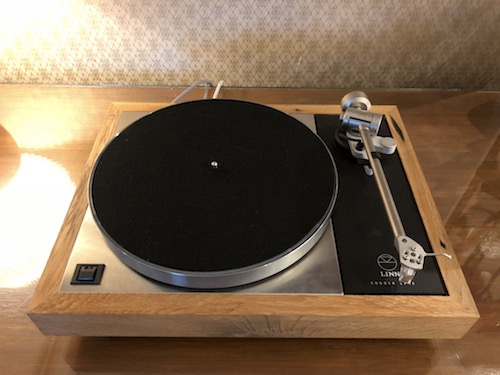 Rega started off my vinyl journey as it did for countless enthusiasts. Asia Sound continues to facilitate new beginnings for newcomers with a complete suite of Rega turntables. This is also the first time I spotted the whole range of Sumiko cartridges on display. It was also a good time to stock-up on your Shure cartridge styli as replacement parts are no longer in production.

Audio Perfectionist debuted the GoldNote Giglio turntable with a Vasari MM cartridge complete with all the curves expected of anything Italian. This mid-priced turntable impressed me a fair bit straight out from the box for the show as it has a great body of analogue sound. Makes one wonder how it will sound after a bit of fine-tuning in a reviewer’s room. 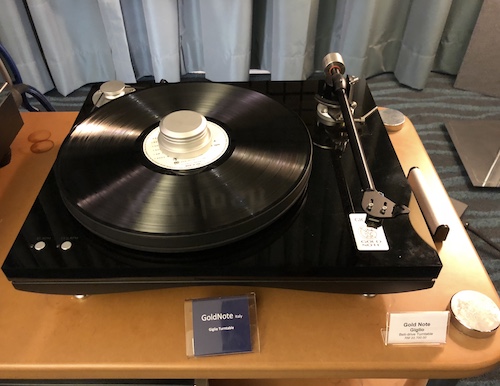 VPI fans were pleased to see two models from the Prime range hooked up in the Centre Circle Audio room. You could hear the synergy between the Prime Rosewood turntable singing in harmony with the Audia Flight phono stage played through Kharma loudspeakers. 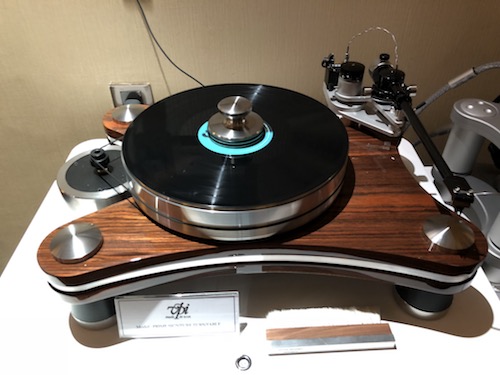 Audio Note offered its annual sampling of its rich signature tone through its AN-TT One turntable paired with a Soro Phono SE Signature integrated amplifier. TEG showcased Pro-Ject Audio System’s 175 Years Vienna Philharmonic Recordplayer that drew the attention of many with its polished finish top. 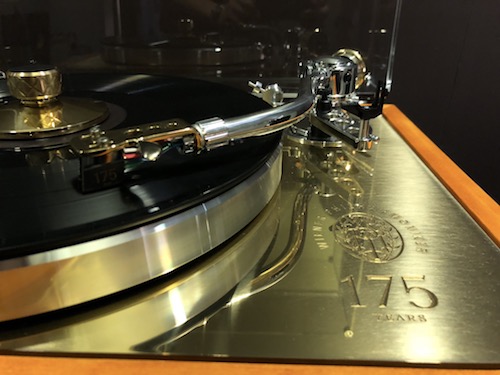 I was pleasantly surprised to find a Brinkmann Bardo turntable with a 12.1 tonearm in Dong Fong’s room, bringing back memories of the Breuer tonearm that’s no longer available. The Brinkmann tonearms will be the closest experience you can get to relive the experience. If you are looking for alternatives to Germanic precision, this could be the musical alternative at your doorstep. 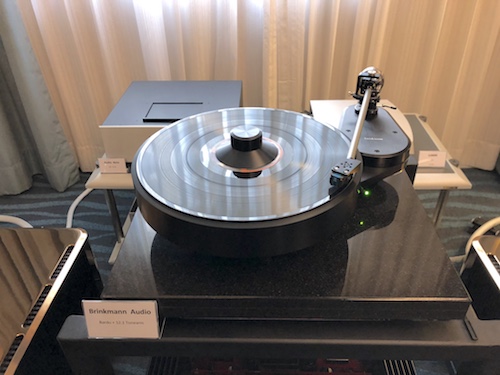 The machines are coming! Are the days numbered for hard core analogue enthusiasts? Hybrids are debuting. Audio Art displayed the French made Epsilon Omega 100 RIAA BT turntable offers both USB and Bluetooth digital connectivity whilst CMY had its range of USB-enabled Denon turntables including the HYM all-in-one turntable, amplifier and speaker displayed at the show. The only USB enabled turntable that was hooked up was found in the Sony Room where they had PSLX300USB playing through Sony electronics.

You know the vinyl scene is growing locally when you meet home-grown engineering talent. B.S. Lee aka Doc TT had a reworked VPI Classic One turntable complete with custom designed brass tonearm board, brass pulley and an innovative bearing weight to transform the VPI entirely into a truly musical turntable. The LED strobe light designed by Doc TT was also demonstrated. It’s a must have for serious vinyl enthusiasts. On the sidelines were two vintage turntables, a Thorens TD-124 and Technics SL-1200, both reworked and beefed-up by Doc TT himself. He launched his series of Step-up-Transformers (SUT) for moving coil cartridges at the show. There are three models available, each with a different step-up ratio using Cinemag transformers. I have been a SUT enthusiast for the last few years and have never looked back since my first experience. 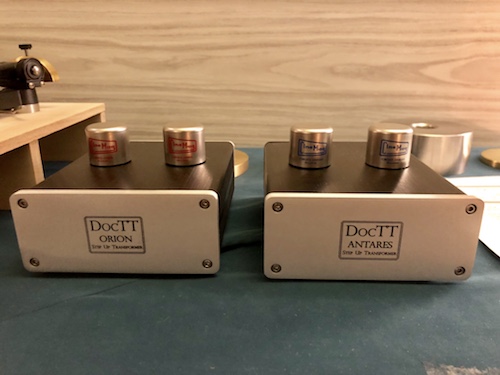 Being a vintage turntable enthusiast, I was elated to spot another two vintage turntables. The chaps at Marmorth were using a Denon DP-2000 to demonstrate the active ATC speakers whilst New Wave Records were using a Micro Seiki DD-7 to play their vast selection of collectible used records. Their RM2,500 copy of Mari Narimoto’s Mari Nakamoto III with Isaki Suzuki and Kazuhiro Watanabe brought a wide grin on my cheek as I suddenly felt much richer looking at the price tag. 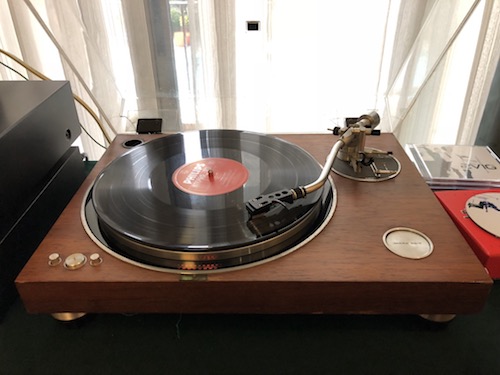 I would have loved to see more beginner and mid-priced turntables set up for demonstration to introduce analogue vinyl playback to the market. Interest starts from a single spark and will continue burning all the way into the realm of high end. These are the Unhatched Chicks (Act #5 – Ballet of Unhatched Chicks, Pictures at an Exhibition).

What’s encouraging is that home-grown engineering talent is starting to surface at the show with tweaks and re-engineering solutions to satisfy a certain segment of the market and this, alongside the remaining record shops providing an ample supply of vinyl records (both old and new pressings) will keep the enthusiasts afloat.

Until the next year, I’m signing off for now with Triangle Art, GoldNote and DocTT as my picks for 2018.