GEARING up for the KL International Audio Visual (KLIAV) Show always takes a little preparation of your mind, heart and your wallet – and this year’s show had plenty to tempt the heart and drain your wallet. On the streaming front, there were a few notable names and some interesting products – it would seem that vinyl dominated the exhibition as a high-resolution source with the sculptural beauties from Kronos and Triangle Art all the way to the more affordable Regas and Thorens turntables as well as the venerable Linn LP12. I guess turntables lend themselves to being artistic expressions of design, while streamers are often quite nondescript boxes.

That said, there were some notable streaming solutions that were exhibited and I only had the chance to sample a few of them in their setups – such was the pandemonium of the show! I am hoping to get a good number of these units in for review, so please leave comments if there are any which are of particular interest!

The market seems to converging on a number of streaming solutions – dedicated streamers with some preamp functions such as the Cambridge Audio CXN reviewed here recently, all-in-one solutions (aka super integrated amps) such as the Cary AiOS and Naim Uniti Atom, and now a newish category of silver disc spinning integrated DAC/streamers such as the Teac and Esoteric N-01. There are also more barebones solutions, but these three are the main types to suit different markets and requirements. 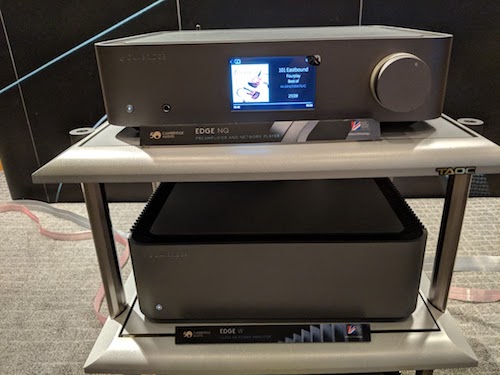 Of particular interest to me personally were those who are updating their wares and firmwares to support Roon, which is rapidly becoming the audiophile home music networking solution of choice.

Handsome with tank-like build, the Esoteric N-01 is an imposing beast, featuring premium AKM conversion. It boasts the ability to play back almost any digital format under the sun (including decoding MQA), and streaming from Roon, qobuz, Tidal, Spotify. It also serves as a music server when storage is connected to its USB ports.

I was particularly interested in the new premium line from Cambridge Audio, now celebrating its 50th Anniversary, with the Edge series of components. The streamer is the NQ, which compliments the Edge A integrated amp and Edge W power amps. Looking very sculpted and handsome in the classic British understated school of design, the NQ builds upon the award winning CXN and Azur 851N units with the next generation of StreamMagic technology. It also now boasts Chromecast built in, but disappointingly does not seem to support Roon.

The relatively venerable Bluesound 2 range was also on show and still offers a great way to get into multi-room and streaming without breaking the bank. As an owner of a Bluesound Node 2, I can vouch that it offers a very easy to listen to sound and admirable ease of use. 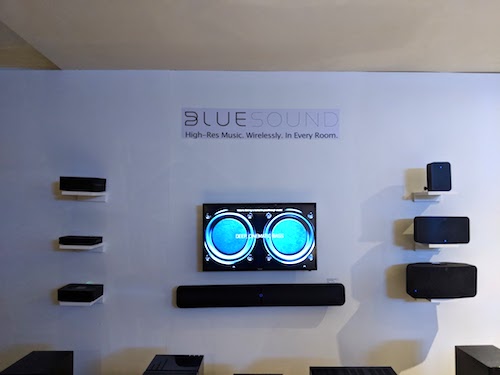 On show at the CMY rooms were the Naim Uniti Series, starting with the Atom but also ranging to the Nova, Core and Star. The Mu-so and Mu-so Qb were also on show. These profess all of the Naim qualities we know and love (?) but also now a very slick industrial design and ease of use through their control apps and integration into Roon, Tidal etc. 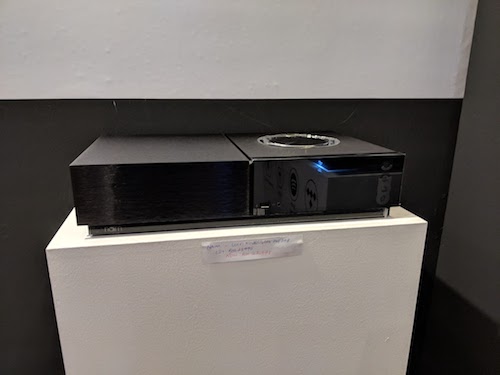 Moving on to dCS . The Rossini Player was on show – one of the newer breed of CD player with network steaming, this time coupled with the company’s Ring DAC which eschews conventional off-the-shelf DAC designs for an elegant discrete topology. This reference class player looks the part, too, with an imposing build. Another one of interest, especially if coupled with its companion Master Clock to further improve jitter/timing performance. 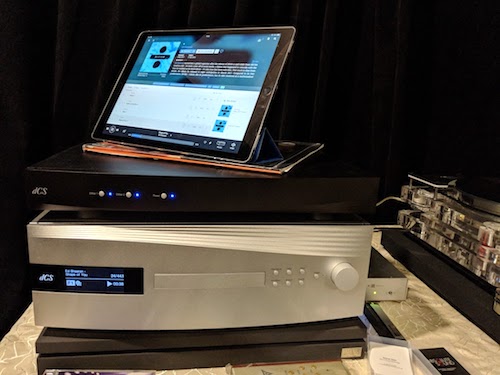 Tucked away in a corner and not being demoed was the Teac NR-7CD, an interesting super integrated with a CD player built-in, DAC, streaming and icePower Class D amplification. With old school VU meters and a slightly retro look, it certainly was eye-catching for a streamer.

The Linn Kiko  is another all-in-one, and from the venerable Scottish audio company (we don’t speak of the company’s name in reviewers’ circles, lest we run afoul of bad audio luck). Compact with a very small height and foot print and accompanying speakers, it is an unashamed appeal to the lifestyle genre of hi-fi separates. 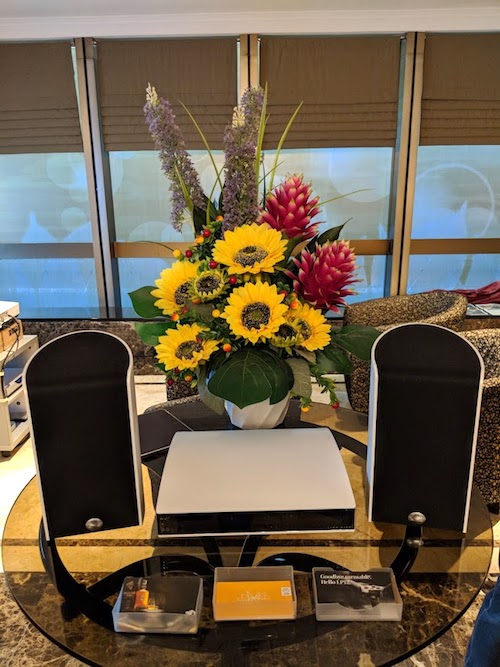 Another hallowed name in the digital sphere, Auralic was also on show with the Aires Mini, Altair and Polaris., all looking very smart in compact boxes. With a couple of streamers as well as a super integrated amp, Auralic has most price points and functions covered. 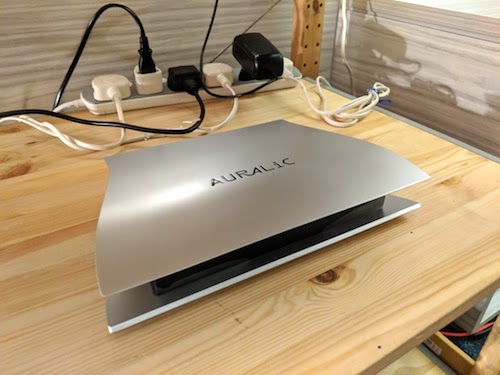 Also on show were the elegant Lumin series of streamers, the X1 looking very smart with a minimalist design and boasting a new configuration of ESS Sabre DACs, new Femto clocks and analogue filtration – this is another unit of particular interest.

Also reviewed recently here, the Chord Mojo/Poly combi was on show at Centre Circle Audio. The quirky Chord duo certainly has a distinctive approach to design which is more than skin deep – the DAC technology is also based on proprietary FPGA wizardry. The streaming smarts from the Poly module now come as a package deal.

All in all, lots of see and more to hear and we hope to bring you some impressions of some of these pieces of equipment in future.