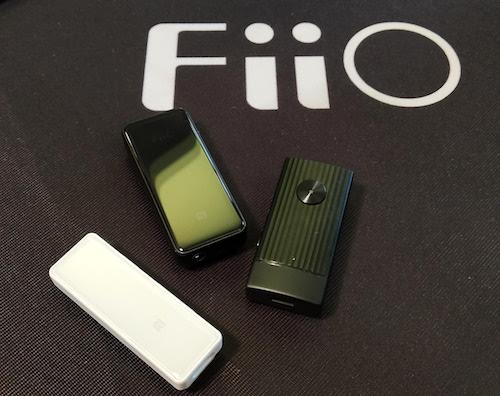 NO stranger to Malaysian headfi-ers, FiiO is ready to release more products into the local market later this year. The recent KL International Audio Visual Show 2018 was the perfect place to showcase FiiO’s new products and I had the pleasure to speak with the Chinese manufacturer’s sales representative, Yellow Huang.

“The first one is the FiiO BTR3 bluetooth receiver. As we all know, nowadays many smartphones don’t come with a headphone jack. So consumers have no choice but to get bluetooth earphones. The problem with bluetooth earphones is that good ones are expensive , and they are also sometimes unstable.

“To use wired earphones, you will need a bluetooth receiver, so the BTR3 would be a good choice. The BTR3 supports multiple wireless codecs such as SBC, AAC, aptX, aptX HD, and LDAC.

“On the inside, the BTR3 has NFC so you will only need one touch for pairing. The body is finished with a 2.5D curved glass. On a full charge, the battery life is 11 hours and the price will be RM329,” Huang revealed. 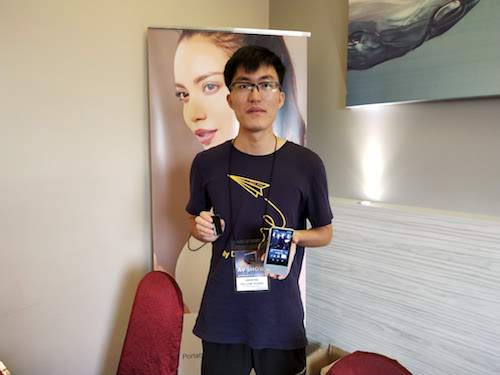 Huang shows the BT3 and X7Mk2

There’s also a digital audio player (DAP) that doubles up as a voice recorder.

“The M3K, aside from playing music, has a microphone so you can record voice. This is useful for students and media people,” Huang added.

The specifications for the M3K are impressive. It runs on an Ingenic X1000E processor and an AK4376A DAC chip. The DAP also supports an array of formats from MP3 all the way up to DSD 64. THD at 1kHz is at an all-time low <0.004% and the <2µV noise floor is virtually inaudible.

“The battery life is 26 hours and the standby time is 36 days,” said Huang. And users won’t have to worry about storage space because the M3K supports up to 512GB micro SD cards. The price for it is yet to be finalised so we’ll keep an eye on that. 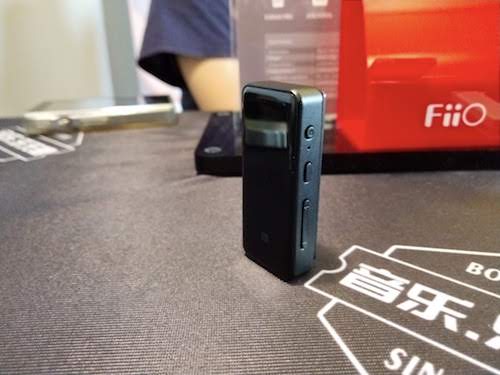 For users who like to go wireless the M7 also provides Bluetooth 4.2, LDAC, aptX, and aptX-HD. Power users can also use its USB C connection to connect to their preferred external DAC.

Although the built-in memory is only 2GB, it supports up to 512GB micro SD card expansion. 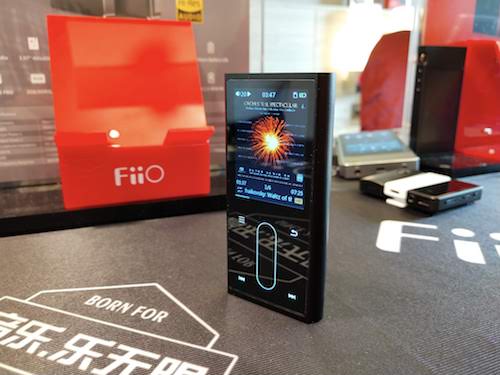 The M3K DAP player has a built-in voice recorder

Perhaps what sets the M7 apart is the long battery life. It can jam for 20 hours non-stop and has a whooping 40 days standby time. For all these great features, the FiiO M7 will set you back RM999.

The FH5 is highly capable with a frequency response of between 15Hz to 40kHz. The sensitivity is rated at 112dB/mW and coupled with only 19Ω impedance, they can basically be driven with any portable player.

On the build quality Huang said, “You can see the shell is made up of aluminium-magnesium CNC alloy while the cable is mono-crystalline silver-plated copper.” Internally the shell is milled with a tubular channel and what is perhaps most impressive is the channel is connected to the dynamic driver to enhance the tremendous bass response. The FH5 will cost you RM1,229.

E1 Personal Audio Malaysia is the local distributor for FiiO.