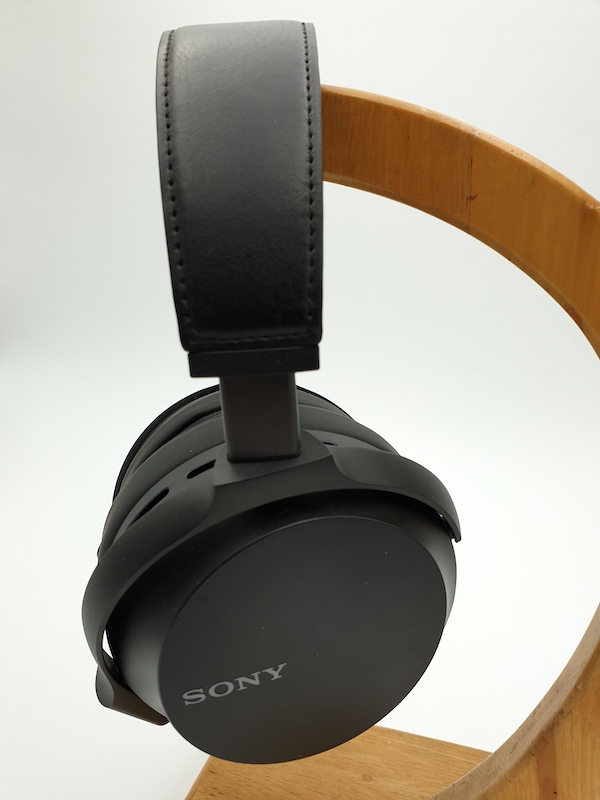 + Big, bold sound – large sound stage, solid imaging; solid bass with good timbral textures; sweet midrange, open sound rivalling some open-backed headphones; nuanced treble, good cymbal and trumpet timbral textures; enjoyable, fun sound which invites hours of listening.
– Although closed-back, leaks sound more than other closed-back headphones; can be bulky and not easy to use on the go; does not isolate external sound as well as other closed-back headphones; not for bass heads – bass output is ample, but not voiced for hip-hop etc.
Sound: 9/10
Value: 7.5/10

SONY has been on a tear lately – in August 2018, it announced a slew high-resolution audio products – showing its commitment to what is a niche market for electronics. One of the announcements was a revised version of the Z7 headphones, dubbed the Z7M2, that built on the already impressive specs by uprating the magnet assembly, the venting ports and the protective grille over the drivers. The cables supplied were also upgraded to higher specification OFC and the locking collet on the driver end is welcome, too. The balanced cable is also now supplied as standard.

The Z7 and Z7M2 sit just below Sony’s flagship Z1R which showcases Sony’s headphone engineering prowess. The Z7M2 gets many of the technologies and design from the Z1R, including a similar 70mm liquid crystal doped-dome driver and a Fibonacci-patterned grill which is meant to disperse sound and shape the frequency response with minimal resonances.

The Z7M2s are a large closed-back design, with very large and soft pads which should accommodate all but the biggest of ears. The revised design on the aluminium headband and hangers makes for a very comfortable fit, without an excessive clamping force, whilst feeling secure for home use. However, the size and the bulk would make me hesitate to use these outdoors – I would recommend the Sony WH-1000XM3s for that. 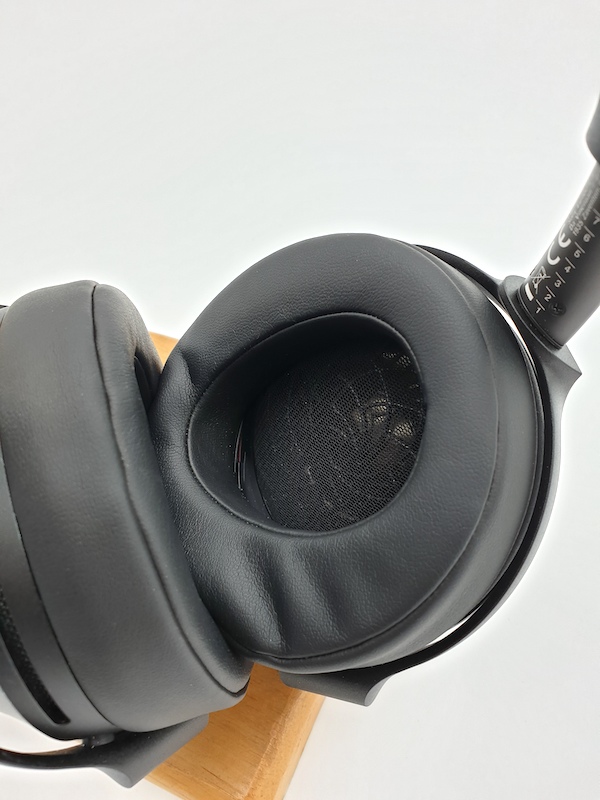 Overall, the headphones are handsome, with a modern look. If you head is small, they might look a little over-sized. These headphones are made in Japan still, and exude an understated sense of quality.

The Z7M2s come in a large box, but without any carrying case. Two sets of OFC cables are provided – a three-metre 3.5mm TRS single-ended cable which terminates with locking collars on the drivers, and a 1.2m 4.4mm (JEICA standard, found on Sony’s own DAPs) TRRS balanced cable to support the new balanced headphone connector standard. Also in the box is a 3.5mm to quarter-inch TRS adaptor.

If you so desire, optional Kimber Cable is available for an upgrade path.

LISTENING
I tested the Z7M2s with a variety of sources, ranging from a borrowed Sony NW-WM1A almost-flagship player to test the balanced cable option as well driving it from single-ended sources such as an Onkyo Granbeat DP-CMX1, Astell & Kern Kann and a Chord Mojo DAC/amp paired with a Poly.

I compared them principally to three pairs of headphones which are in the same price class: Grado GH-1s, Oppo PM2s and Focal Elear. Listening took place in quiet situations mostly, though I also did test them in cafes, but not on a aeroplane.

Music used to test was a variety of high-res as well as CD quality tracks. I did not use them to monitor vinyl playback directly, though I did listen to a number of rips I have made of some of my own vinyl. Genres ranged from classical, to modern Jazz and some pop and rock tracks. 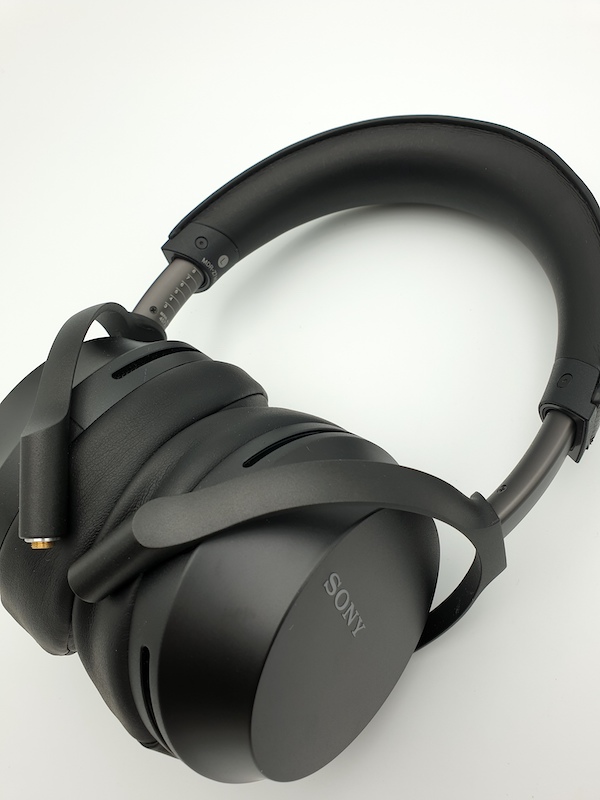 The Z7M2s were run in for two full days before serious listening, but from the outset, it was clear that these were going to be an interesting pair of headphones to listen to.

I started out with some vinyl rips of the Great Jazz Trio (24/96 FLAC); the Z7M2s showed good rhythmic verve with the range of the Tony Williams’ feathered kick drum to his cymbal work. The midrange was also well represented, with the piano and double bass taking up their space in the well-rendered soundstage.

Being New Years, a CD rip of the Vienna Philharmonic’s New Year’s concert in 1995 (FLAC 16/44.1) was up next, to show sound staging on a much larger scale – and again, the Z7M2s performed admirably. The Blue Danube was rendered with detailed orchestral textures, and on the traditional encore, the Radezky March, the rhythms of the instruments and the audience clapping were infectious. 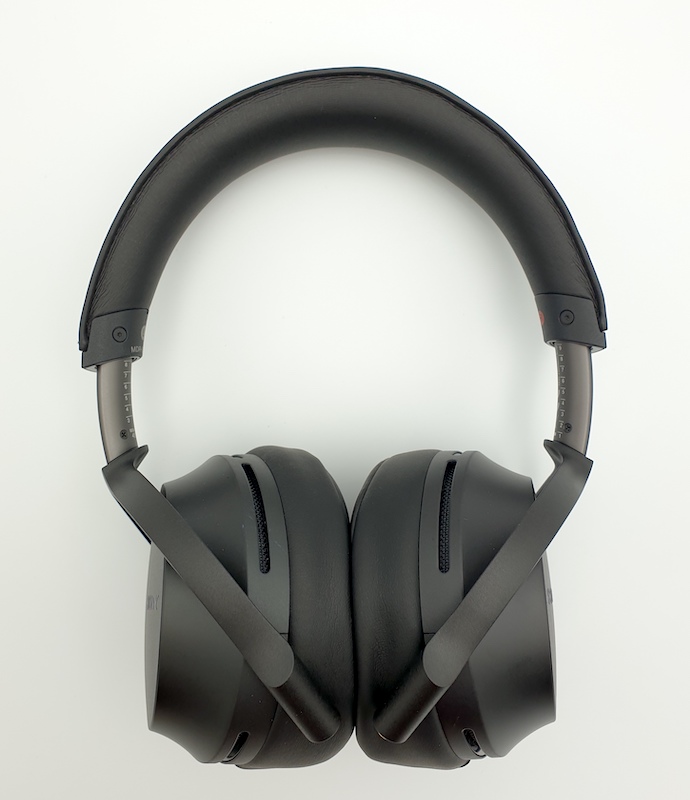 Onwards to some rock and pop, Dire Straits’ Money for Nothing (DSD64 rip from SACD) played well, with the mid-1980s digital production coming over smoothly with good rhythmic drive and urge, without any hint of the usual midrange glare which this recording can have. Similarly, a CD rip of Peter Gabriel’s So (16/44.1 from a mid-1980s CD issue) was also very enjoyable, especially on the busy instrumentation of Big Time; his duet with Kate Bush on Don’t Give Up was emotive. This CD rip can sound glare-y in the midrange on unsympathetic systems, but the Z7M2s made it sound good.

Testing with a Apple Lightning-to-3.5mm audio jack adaptor with an iPhone XS Max showed that the Z7M2s were not hard to drive to good listening levels, but of course, they fared much better with dedicated headphone amps which exact much better control over the large 70mm drivers, especially in the mid-bass.

Of note that switching to balanced operation yielded a small but significant gain in clarity and drive – especially with the NW-WM1A where the output of the 4.4mm balanced jack has been optimised as such. Unfortunately, I was not able to test balanced operation using my Brooklyn DAC+ as I did not have the right cables. 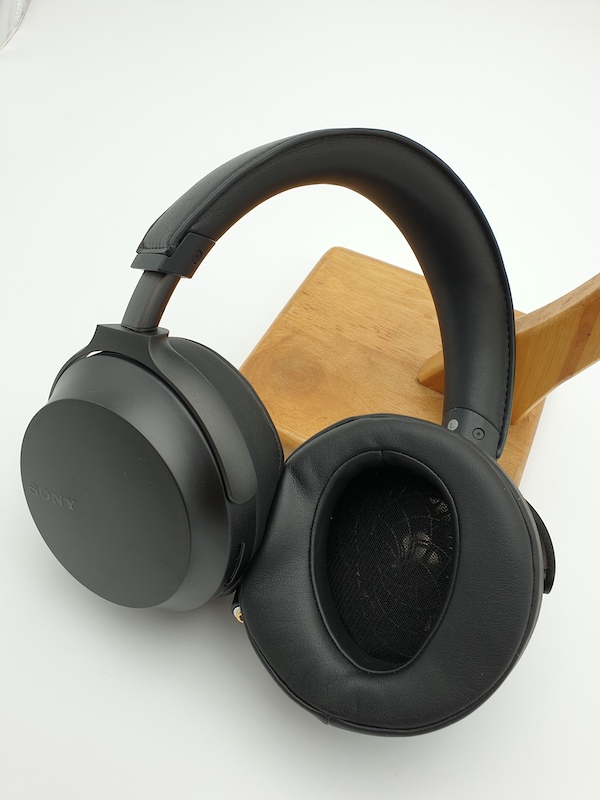 Versus the Oppo PM2
The Oppo PM2s have been around for quite a few years now but still acquit themselves well when compared to more modern designs. There is a very easy listening quality to the PM2s which many other headphones on the market cannot emulate very well, but being planar magnetic, they require a good amp to get them going. Running the PM2s in single ended vs the Z7M2, the latter shows how far closed-back dynamic driver designs have come. Overall, the Z7M2s have a similar laidback, warm quality like the PM2s but are much easier to drive from normal headphone sockets and have a fair bit more energy and projection. But the PM2s still show the planar magnetic trick of a top-to-bottom ability to cohesively present detail and texture in a very natural way, something that dynamic drivers still can’t quite match.

Versus vs the Focal Elear
The Focal Elears have a much more forward balance than the Z7M2s – and as such the initial impression is of more energy and more detail, but longer listening reveals that the Z7M2s don’t lack detail, but are definitely more laidback. As such, it becomes a question of horses for courses. The higher energy and projection of the Elears makes for a more exciting listen, but a long session with poorly mastered recordings would be fatiguing; the Z7M2s would definitely make that much more palatable, whilst retaining the ability retrieve detail and paint it in a large soundstage and in a musical manner.

Versus the Grado GH-1
Grado Labs has always trod a different path from the mainstream headphone community. Comparing the Z7M2s to the GH-1s makes this very evident. The GH-1s show a much brighter presentation, with much more etched mid-to-treble textures, especially on female vocals and cymbal/snare sounds. The bass also then seems very much recessed versus the Z7M2s. The openness of the soundstage is huge on the GH-1s and imaging is very precise, with a lot of air and ambiance cues in the mix.

As such, the Z7M2s sound very much warmer and a lot darker, though I would never characterise them as closed or shut-in. The Z7M2s, therefore, are the comfortable pair of shoes you can wear on any occasion, while the GH-1s are the dress shoes which are not as comfortable, but just have that edge when you need the brilliance. Even more a case of horses for courses – the GH-1s are unforgiving with poor recordings, whilst the Z7M2s will present those in a much more palatable way.

THE LAST WORD
As with Sony’s premium IEMs, the M9s (review coming up), I am glad to see that an electronics giant such as Sony is still investing in what is best a niche market.

With the MDR-Z7M2s, I think Sony has a winner in this niche – approachable and comfortable headphones which tick all the right boxes from a high-res hi-fi/head-fi point of view but more importantly, have the ability to make most genres of music sound good for hours of enjoyable, fatigue-free listening.