Headphone mods in the season of corona 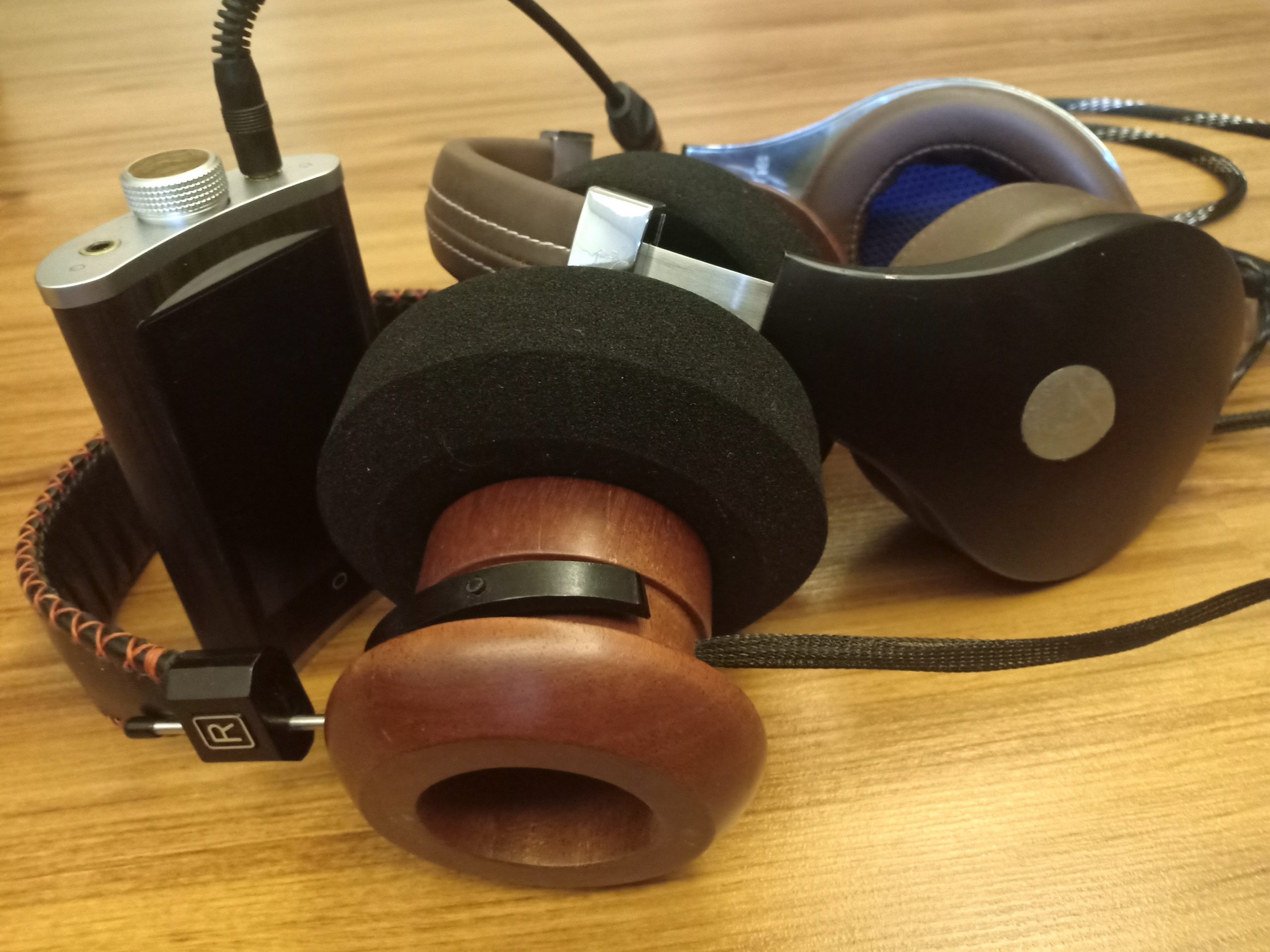 FROM what seemed like a mere week or so of home confinement and curtailed movement, reality has clearly and surely sunk in that there will be more indoor time ahead till this dreaded virus runs its course around the globe. The initial weeks were great but once the novelty of having time on one’s hands evaporated, it was high time to dig up and complete some projects that had thus far been put on the back-burner. After all, just how much Netflix can one watch? (Actually, quite a gigantic bit! – Editor)

First up was my stash of headphone mods in different stages of completion. To be fair, my interest lies squarely in the area of circumaural headphones, ie. where the ear pads sit around your ears. Supra-aural cans, where the pads press against your ears, have their own appeal but I find the sonic presentation and subjective comfort less than engaging. So, over some time, I had been gradually collecting materials for the mods. Admittedly, some were for aesthetic reasons but with time on my hands, both cans had the stock cables replaced with Canare Starquad cabling jacketed in braided nylon sheathing and terminated in Neutrik 6.35mm jacks.

First to bat is the uniquely designed and polarising vTrue headphones from Velodyne*. The vTrues are large cans with forged aluminium cups and caps, and whilst robustly built, do leave much to be desired from a sonic perspective. Penned from the design desks of a company known for its high power subwoofer designs, the vTrue is decidedly bass heavy. While there’s a case to be made for bass-forward headphones, the vTrue dishes out bass bordering on ponderous. On some particularly heavy bass transients, the lower registers can bleed up the audio spectrum, smearing the midrange frequencies and affecting image clarity.

To arrive at a more svelte form factor, the vTrue headphones had their massive brushed metal caps painted matte black. However, the intriguing features, or rather the lack of which, lay inside. Removing the pads and the plastic driver panels revealed a spartan bare metal interior. The cups were rigid to be sure but they just screamed for some vibration dampening. Thus the metal cup and the driver board were lined with judiciously placed tracks of Blu Tack, as was the rear end of the vTrue drivers. A panel of closed cell foam was also adhered to the cup wall for additional vibration control.

The character of the vTrue changed dramatically with the vibration dampening mods. The bass response was more controlled and defined, allowing the mids and treble an extra level of articulation and clarity. Vocals, especially, were presented with more air and presence. However, there was still a touch of plumpness to the upper bass and low mids. Using a mod I’ve sometimes used for loudspeakers, I placed some wadding in the form of facial cotton pads (thanks, Hon!) in the headphone cups. The added-in fill brought an improvement in sonic composure and balance. Of course, just as in the case of speakers, there’s a fine balance of too little and too much. In the case of these vTrues, four pads per side seemed to be the magic number.

Next up to bat was a candidate from the ubiquitous Grado Prestige range, the SR125i. The retro stylings of the Grado headphone, with utilitarian headband, plastic cups and gimbals and dodgy looking sponge ear pads, belie a sound that is open and inviting with a detailed, if slightly forward, midrange and treble. Comfort on the Grados, however, are very much dependent on the listener. Some will swear by the comfort of their Grados. Others will throw them as far away as they can.

As such, the SR125i was systematically broken down to core components. The pleather headband was swapped out for a full grain leather substitute padded with closed cell foam and finished with contrasting red nylon stitching. The drivers were carefully removed from the stock plastic cups and inserted into aftermarket hardwood replacements. Just to be sure, a pea-sized glob of Blu Tack was placed on the rear of the driver for some vibration dampening.

The stock S Cushion pads on the SR125i are functional but not comfortable in the least. Resting against the ear, the standard pads can get hot and prickly over time, making extended listening a chore. Some comfy but enormous G Cushion pads were swapped on, effectively converting the SR125i to circumaural cans. The aftermarket pads do a splendid job of spreading the clamping force of the headband over a wider area around the ears, making the Grados infinitely more comfortable on the head.

The design of this particular wooden housing places the drivers several millimetres further away from the ear as opposed to the original cups. So whilst bass slam was slightly less pronounced, the wood cup swap did bring about a warmer sound signature with a touch more body in the midrange. The effect was mild but a welcome change from the stock configuration. However, comfort aside, the introduction of the G Cushion pads had a more pronounced effect on the overall presentation, providing a more spacious and airy soundstaging at the cost of some bass slam.

All in all, this has been an absolutely fun project and whilst the above-mentioned mods are not prescriptive, they do illustrate the many mod options available out there and the possible avenues possible in wringing out that extra bit of performance out of your cans.

*Note: Velodyne Acoustics has been purchased by Germany-based Audio Reference.