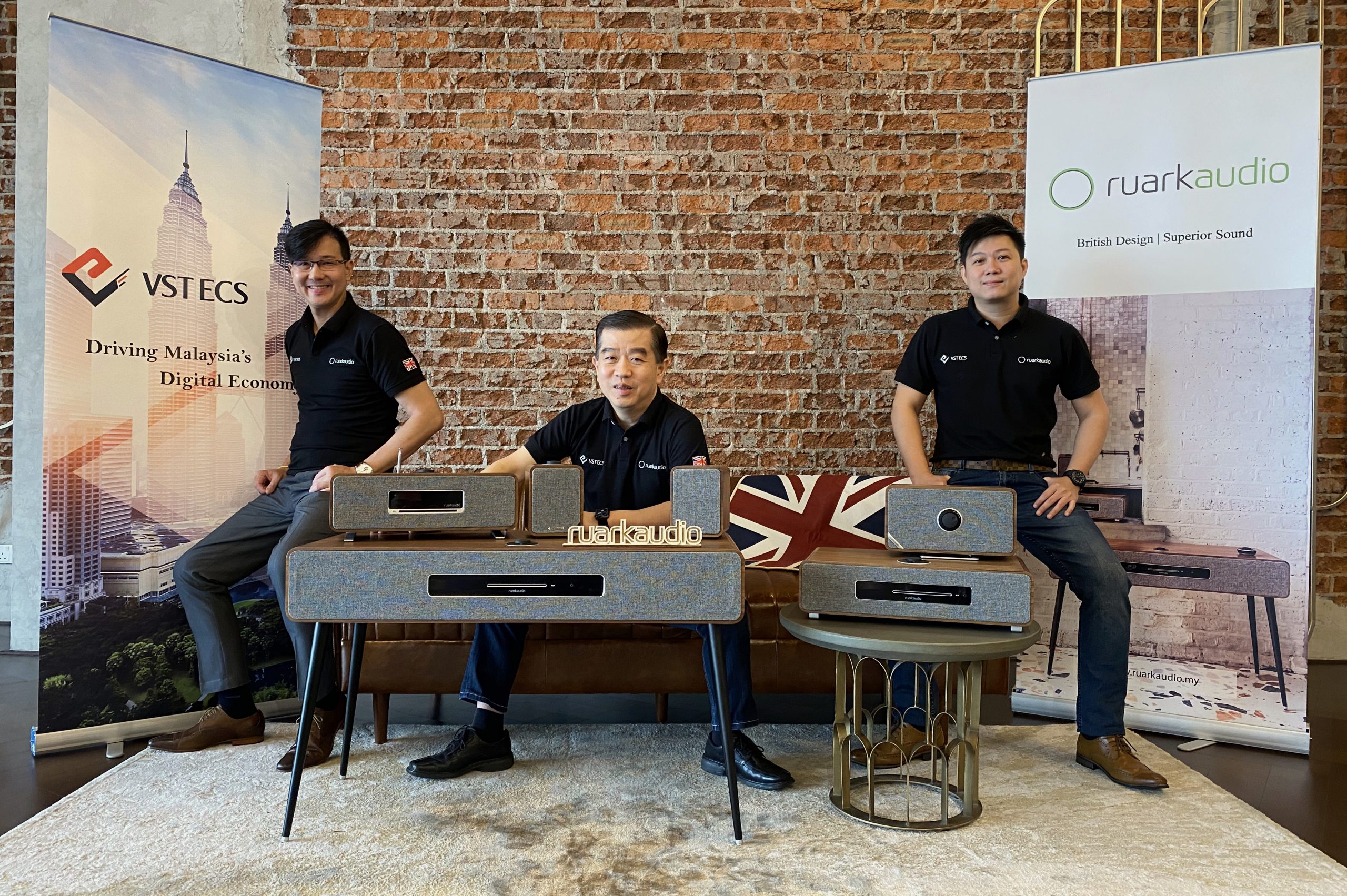 RUARK Audio, the British company once known for its hi-fi loudspeakers, has landed in the region to roll out its lifestyle line-up, along with a new member of the family, the R3 compact music system.

The 35-year-old company, based on the south-east coast of England, is now marketing its products in Malaysia and Singapore, with established IT distributor VSTECS Group as its sole distributor for the Malaysian market.

Ruark’s line-up features its signature synergy between cabinet, amplifier and drive unit design, with most units even featuring a quirky, retro antenna for FM, DAB and DAB+ radio connectivity.

Currently, its flagship R7 hi-fi radiogram, along with the new R3, plus R5, MR1 and MRx… all models are available in Malaysia.

“As IT distributors, we’re also used to thinner profit margins,” he half-joked at the launch on Thursday (July 16), referring how the company is keeping the products affordable.

Soong highlighted the R3, just launched in Malaysia and Singapore this week, saying the compact device combines a CD player, streaming compatibility over Wi-Fi, the typical analogue ports and built-in stereo speakers, all in a dampened and tuned wood enclosure.

He added that the unit is equipped with Class A/B amplifiers, capable of 30 watts nominal output as well as the company’s trademark RotoDial controller for convenient setting adjustments.

Like the rest of the line-up available in Malaysia, it only comes in the Rich Walnut veneer, though a Soft Grey lacquer finish is available in other markets.

In a touch of modernity, the speaker system is also compatible with the Undok App, which enables users to control it via their smartphones and even connect up to five Ruark Wifi-equipped speakers simultaneously.

This means users can play music on all of the speakers using Party Mode, or seamlessly choose which speaker in which room to listen to, so they can move around the house without fiddling with any wires.

Those interested can find out more about Ruark’s offerings on its website, while the products are also available in Malaysia via its official Lazada store.