NAME a radical product that you would like Chord Electronics to make, I ask the company’s chief executive and founder John Franks, who was in Kuala Lumpur during the weekend.

“No one has, at the moment, got a digital amp … a D class amplifier, that sounds any good. There are people who’ve launched these products over the years – in the last 20 years, there have been at least five, and I think the closest that’s come to a good product is the Devialet. It’s good technology but essentially, it’s a hybrid,” says Franks.

Chord, he discloses, is working on delivering what promises to be a game-changing Class D amplifier.

A Class D amplifier or switching amplifier, is often taken to mean a digital one, although this is somewhat of a misnomer. Switching amps can employ analogue or digital circuits, signals from these interpreted as waveforms and numbers respectively in the chain. A purely digital switching amplifier comes with its own set of design obstacles (into which we won’t delve here) so most Class D amps in the market involve analogue circuits in the periphery.

The power devices in a Class D amp are operated as binary switches, that is, fully on or fully off, and in theory, with zero transition time. Class D amps, again theoretically, are almost 100% power efficient and dissipate little or no heat. 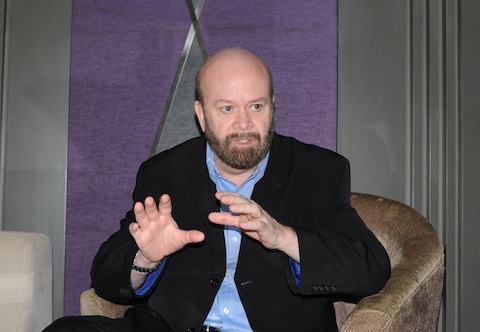 “The fundamental switching frequency of a Class D amplifier using silicon technology is around about 200kHz. You can’t go much above that with silicon.

“The time it takes for a transistor to turn on and then turn off again becomes too much. It needs to turn on in nanoseconds and turn off in a few nanoseconds. And, of course, with silicon, you can’t do that, it has a finite turn on/turn off time,” explains Franks, who was in Malaysia to finalise a distribution deal the the country for the Kent-based manufacturer.

However, Franks says there is a solution to this transitional “dead time” in the switching process.

“There are military radars in aircraft and they’ve gone away from using silicon as an active switching element. They’ve gone over to other materials and one of them is a material called gallium nitride. We have been working for the last six years on a gallium nitride switching Class D amplifier. Basically, it’s like one of our DACs with the power stage on the end that switches so fast.

“We approached the military semi-conductor houses, just like we did when we developed our first power supplies and devices, and they’ve come up with the goods. 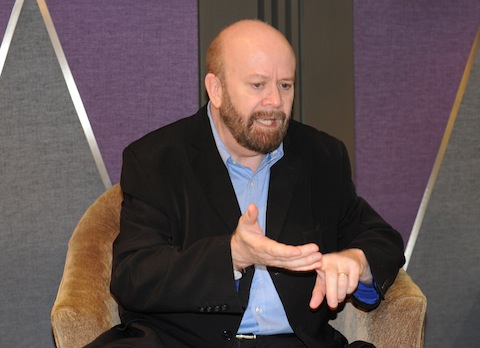 “We’ve got a very small chip and it has to be driven in such a special way that you can’t build a board and then put the chip on the board. Essentially, you’ve got to build everything all together in close proximity.

“So you make your own power devices but it has its own drive circuitry and everything. It’s a little tiny, tiny black box with a lot of gubbins all around it to make this thing behave itself,” Franks adds.

Chord’s man behind this project is Robert Watts, who was employed to design the company’s digital-to-analogue converters in the mid-1990s.

“He’s a technical genius… he has his own company but he works predominantly for Chord. He’s come up with the goods, he’s designed this digital amplifier that switches at an order of magnitude that’s 10 times higher and because of that, we can close the loop responses of the amplifier through the back end, and it’s being controlled by the front end.”

This ground-breaking Chord Class D amp will be launched over the next 18 months, Franks added. 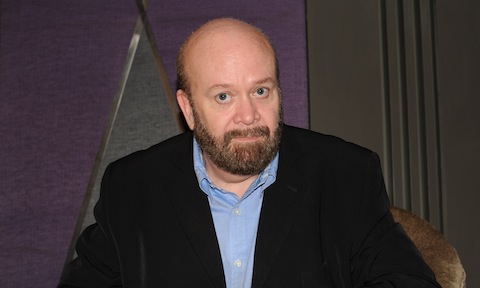 What does such a product represent in the context of sonic performance?

“Imagine the most accurate amplifier that the world has ever seen and it’s digital all the way through, right to the speaker. And it’s operating so fast and so well that everything can be interpolated and perfectly formed.

“We’ve got distortion figures down to 0.000003%, and that’s incredibly incredibly good… it’s almost frighteningly good! We’re at the point where we’ve got a product that the test equipment currently available isn’t really quite good enough for.”

And this is going to be the “best” Class D amp in the market when it comes out?

“It will not be a cheap product because we’ve invested in this. We’re doing it because we can, almost as an intellectual exercise to see just how far we can push the boundaries of making amplifiers. So that everyone says, ‘My God, I didn’t think that was possible!’ ” Franks affirms. 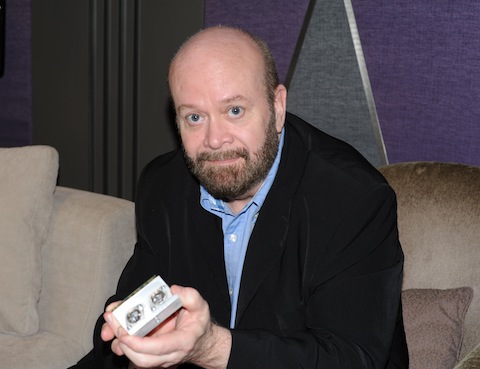 One wouldn’t place this as an idle boast, because Chord has certainly travelled a long way since it was formed in 1989 by Franks, whose involvement in the avionics industry influenced him into building the company’s first products – amps with switching power supplies that delivered loads of power while staying much cooler than competing ones in the market back then. They also were lighter in weight.

During the pass 20 years, the company has not merely grown but also evolved, tackling the high-end market using varying approaches. There’s the Reference range right on top, while the Choral line provides similar performance but in a smaller package, for those with less space to spare at home for the audio system. The more recent Chordette range targets a newer generation user.

Chord has also tapped into the professional audio market (the BBC, EMI’s Abbey Road Studios in London, Sony Music Studios in New York and Skywalker Sound, to name a few), although Franks admits it’s now an area with limited potential.

Importantly, the company has been quick to embrace current trends, including networked systems and streamers, to tap into emerging and growing markets. It does explain why Chord has thrived and remained under the same owner.

“The reason we’ve been competitive and successful is that we’ve been prepared to go to extreme lengths to get to the nub of any engineering issue. And then apply whatever effort needed to come up with something new and better. We don’t take our leads from other companies.

“We tend to take our influences from technology changes that are happening. We try to adopt an approach that looks at what customers are actually doing. Audio customers. We’re not trying to build another better valve amplifier that many companies are but trying to see what people are doing with music these days. We try to adapt our products to suit those customers.

“There have been dramatic changes in the industry – we’ve seen CDs come and go, we’ve seen the introduction of new streaming technologies, we’ve seen the advent of the iPhone, iPad and iPod. I think all of those major influences have been gradually molding us as a company.

“We’ve seen great economic downturns and dramatic changes in peoples’ fortunes. We’ve seen a very steady growth in the high-end type of products, and that is still the bulk of our business. We’ve seen a dramatic strengthening of the high-end market… rich people always seem to be rich despite local difficulties. We have adapted and we have survived. Some of our competitors have perhaps not adapted and therefore they haven’t necessarily survived.”

The current Chord range is extensive and focused on amplifiers, DACs and streamers. The CodeX, which Chord touts as “the world’s most advanced network music player” was launched early July. 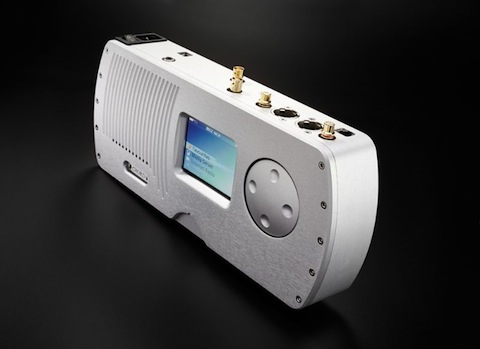 Given that vinyl is another current trend, albeit analogue and flying in the face of predictions, will the company attempt to bite into a piece of this pie?

“We have no plans to produce a turntable. However, we are continuing to develop a range of phono stages.

“I have a theory why people are switching on to vinyl. It’s two things. One is perhaps the DJ aspect of it. But in general terms, kids as they grow into adults, tend to like what their grandparents did more than they like what their parents did. There’s a natural, probably a psychological barrier between you and your parents; there has to be, otherwise you’d always stay with them and never leave home!”

As for predictions over the expected demise of CD, Franks says the optical disc is a long way from being consigned to history.

“I think that the same (thing that happened to vinyl) will happen with CD. Humans like to touch things, they like to be tactile, they like pride of ownership, they like collecting. I think that CDs will come back and come back very strongly again.

“There will be vast numbers of used CD trading across the world, until they fall to pieces. But they do have a relatively long life and the fact that you can do so much digitally. I think that CD isn’t dead, it’s just having a bit of a sleep.”

Which, of course, means Chord has no intention, unlike some of its peers, of exiting this area – the existing flagship Red Reference Mk III CD player will appear in Mark IV iteration in three years or so, to include full streaming capability and  USB connectivity, according to Franks. 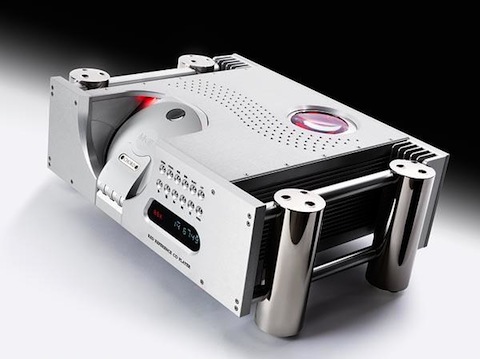 A question that begs to be asked – are there going to be loudspeakers to complement Chord’s range of electronics?

“There are no plans to build an extensive range of loudspeakers. However, I do have some plans to build some novel and interesting small loudspeakers to go with our desktop type systems, probably passive designs,” Franks reveals, adding that the company will be working on this project over the coming year.

However, it’s that special Class D high-end amplifier that the audiophile world will undoubtedly be awaiting.