First impressions: High Resolution Technologies (HRT) may not have been responsible for initiating the computer audio fad, but the company has surely played a significant role in popularising the computer as a viable source for audiophile systems.

Four years on and HRT has not stopped making waves, with each subsequent model making a bigger splash in the computer audio DAC market. The cumulative knowledge of developing computer audio products has been poured inti HRT’s top-of-the-line Music Streamer HD (MSHD) – at first listen, I was immediately impressed with how good it sounded against the competition. 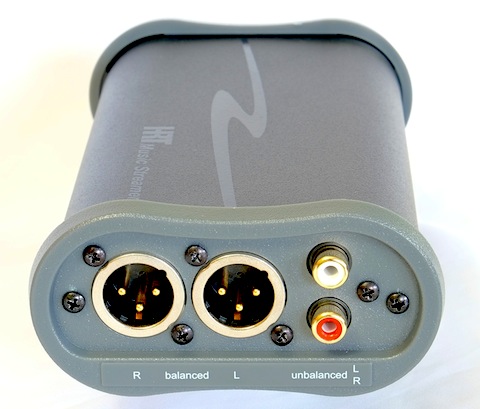 Specs: The MSHD is an unpretentious-looking device, built into a small, lightweight aluminium frame with round edges, about 7 x 10 x 15cm (h/w/d), capped with sturdy, contoured plastic at both ends.

Connections are straightforward – a USB input on one end and two analogue outputs (balanced XLR and single-ended RCA) on the other. No other connection options are available, which underlines its single-minded role as a computer audio-only device.

There is no need to plug the MSHD into a power outlet – it draws all juice needed from the USB output of the computer. Other features are a bank of LEDs to display the incoming data stream rates – from 44.1kHz to 192kHz as well as 16- and 24-bit indicators.

Next to that, there’s a small flick switch present to select between USB 1.0 an 2.0 audio protocol options (not to be confused with the USB standard, which deals with data transfer rates).

HRT’s design principle, generally, is for its products to be completely plug-and-play, and work with native drivers (software which tells the computer what to do with devices connected to it) on the operating system.

This principle doesn’t do the MSHD any favours, but thankfully, HRT has it on its website that it is working on custom drivers for full 24/192 compatibility on Windows. But until it is available, Windows users, like myself, may not be privy to the full potential of the MSHD.

The heart of the MSHD is based on the Burr-Brown PCM1794 processor, and other features of note are its galvanic isolation of digital and analogue stages and the now de rigueur asynchronous USB mode to eliminate jitter. 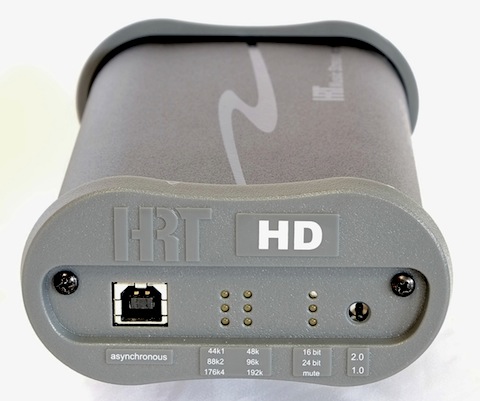 Performance: Let’s get straight to the point, at its asking price, the MSHD has no right to sound this good. How good? Well, I have heard quite a number of mid-level DACs, some costing two or three times the MSHD’s price, and this doesn’t sound inferior. Different, maybe, but not worse. I had modest expectations of the MSHD, but it blew those clear out of the water.

Among the three DACs I had at hand during the review, the MSHD was the cheapest by a wide margin, but did not fall behind in performance terms. All the traits of an excellent piece of hi-fi gear were there – layered sonic textures, a generous soundstage, agile dynamics and more.

I was gobsmacked by the amount of detail it managed to retrieve – case in point, the title track from Pink Floyd’s Wish You Were Here. In the opening minute, the music is muted and there are faint noises in the background; some murmuring, a cough, even something that sounds like a burp. Lesser components don’t bring that out well, but the MSHD does.

Further into the song, the acoustic guitar kicks in with startling effect. Timbres are rich, and you can hear the lovely decay of the notes. And when the song goes into a crescendo, the MSHD swings with it.

That was pretty much the case with everything I threw at it. The MSHD rocked with the hardest-hitting tunes and caressed the tenderest of voices and instruments alike.

Its bass was propulsive yet remained taut, with a warm, open midrange that did not over-emphasising. There was a little bite in its upper registers – a slight hardening of brass instruments, for example, but it was something I could live with.

On the whole, the MSHD never failed provide an engaging music session, no matter the music and bit-rate I threw at it. From metal to orchestral, it even swayed with MP3s and crested with every WAV. 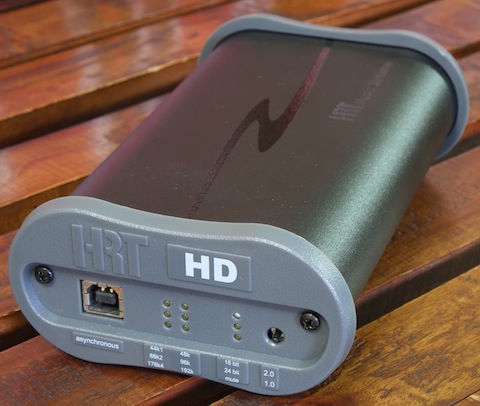 The good: What else can I say, except that I’ve never experienced such superlative performance at this price range before. And this without hearing 24/192 files.

The ungood: With its lightweight construction, the MSHD may not accommodate stiff or heavy cables easily. A few blobs of blu-tack is sufficient to anchor it properly, though, and as a bonus, it even improved performance slightly.

There’s also a slight hardening at the top end, but it isn’t very detrimental. As things stand, the only major drawback (only for Windows users) is the 24/96 cap, but this will be rendered moot once HRT has the new driver ready.

And finally, to state the obvious, the HRT cannot be used as an external DAC for an existing disc-spinner, with its USB-only connection.

Final verdict: HRT has engineered the MSHD to perform, and it truly does. It won’t be the snazziest-looking component on your equipment rack, but that won’t hold back overall system performance in any way – it may even improve it.

At its asking price, the MSHD is currently one of the best deals in audio, and a product you simply cannot ignore. Those who have been resisting the computer audio route should do themselves a favour and try the MSHD. I guarantee you will not be disappointed.