And quietly exits the iPod Classic…

OF all the wondrous audio gadgets I never had the chance to own, it was the Sony Walkman that caused me the most sleepless nights. A close friend bought one, and I’d be awake nights, thinking up excuses to get it off him for weekends. Occasionally, he would oblige, and the weekend was bliss as I ran through my extensive collection of tapes. As in cassettes… this was the late 1970s!

Years later, by which time I had joined the workforce, portable tape players were a dime a dozen but all I could afford was a cheap portable tape player that set me back around US$20. Not a Walkman, certainly. Besides, I was more interested in vinyl by then. As I gradually put together a proper hi-fi system and the CD made its appearance, the need for a Walkman receded further. By then, I also rarely used headphones. 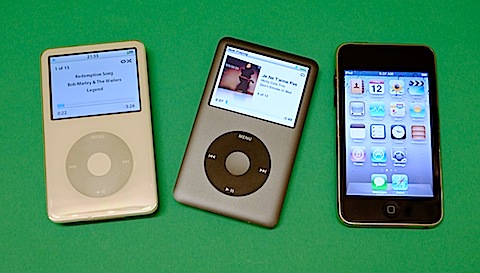 So when Apple launched the iPod in 2001, my interest was merely academic… the MP3 format had surfaced in the late 1990s, and I hadn’t heard much good about it from the audiophile’s perspective, even if the general music-loving nut welcomed the “lossy” space-saving format and convenience of a portable digital player (although Apple wasn’t the first at it).

I can’t put my finger on what steered me towards the iPod. May be it was because, at some point, I began burning MP3 tracks to CD for playback in the car. Whatever… some time in 2007, I bought my first iPod, the fifth-generation model.

Apple is a company that breeds addiction. I then bought an iPod Touch. Someone gifted me an iPod Nano. An iPad and iPhone joined the collection. Last year, in expectation that the iPod would soon be discontinued due to falling sales and obsolescence, I bought its final iteration, the 160GB Classic.

The iPhone and iPad are no longer serviceable. The other half took possession of the iTouch a couple of years ago. The Nano is languishing somewhere because I never really found a need for it. The Classic is being filled with tracks ripped in WAV or AIFF formats for uncompressed storage.

My first iPod, an 80GB unit, merrily soldiers on, filled with more than 3,000 MP3 tracks. The PC to which it was originally synched crashed and burned out ages ago. The iPod itself crashed a couple of times but always recovered. I have not connected it to a PC for three years because the iTunes library to which it was last synched doesn’t exist anymore.

I carried it around my hip for a year so I could listen to music at work. When that became too cumbersome, I moved it to the car where it was connected to the head unit for about five years. Earlier this year, I brought it back to my listening room for assimilation into my secondary audio system, to which it was linked via a Pro-Ject Audio dock.

The new Classic, meanwhile, takes a higher end route via a HRT iStreamer. Whether compressed or not, I’ve found that one can built a decent, perhaps even cracking system around an iPod. Get a “digital dock” like the Audiolab iQ that extracts just the digital signal from the player and you can use any DAC of your choice.

Of late, I’ve begun dabbling in computer audio systems and this has opened up immense possibilities in high-resolution downloads… still, both iPods get regular play in the system. 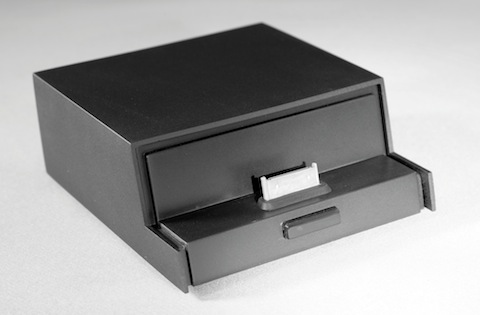 One could sense, however, that the iPod Classic’s days were drawing to a close. A number of competitors – like Astell & Kern and Calyx – offer more, right up to native DSD compatibility. Those seeking higher resolution than CD in a small package will pass over the iPod… indeed, one wonders why Apple has yet to take that route to keep the iPod relevant. Neil Young’s Pono player is another option for seekers of high-resolution thrills.

The end came for the Classic earlier this month – following the launch of the iPhone 6 and Watch, Apple Stores quietly removed the iPod Classic from its online inventory, even as word is going around of possible high-resolution downloads from iTunes in future.

The iPod Touch, Nano and Shuffle are still available for now, if indeed you’re keen on a portable media player… none of them, however, possess the single-minded devotion of the Classic for playing back music… and its cavernous storage space.

I’ll hang on to my two ‘Pods… on the chance that one day, perhaps in 2101, they’ll be highly sought-after collectibles. Those interested then, talk to my estate… 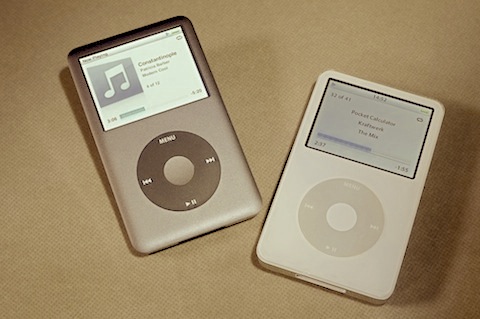