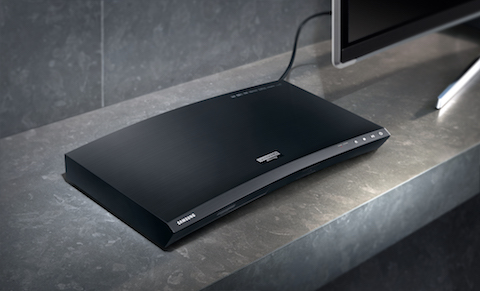 + A modestly-priced premium model which ticks all the current 4K requirement. Fast loading as opposed to the first Blu-ray player back in 2007.
– Colour depth and dark scenes can be richer.

THE 4K (or UHD) quality display hype has been the buzz in the AV industry for the past few years. With TV and projector models jumping on the bandwagon, the display hardware has gone through various stages of enhancement.

The industry now seems to have settled for 4K with High Dynamic Range (HDR) and Dolby Vision, running via HDCP 2.2 protocol. AV receivers (AVR) nowadays are also well-equipped with HDMI ports that are 4K bypass-capable. However, as the display hardware and AVR blossom in sales, consumers are still deprived of software and player availability. It is even more disappointing that Malaysia is also deprived from this while consumers in Europe and USA have been enjoying 4K sources as early as Q2 this year.

But lo and behold – the Samsung UBD-K8500 4K UHD Bluray player is available here finally. This player lets AV enthusiasts complete their dream home theatre set-up. As most enthusiasts will be equipped with 4K TVs or projectors alongside with Dolby ATMOS/DTS:X capable AV receivers, this last piece of the jigsaw will make you want to re-watch your movie collection. This player supports HDR and will output both Dolby ATMOS and DTS:X audio. 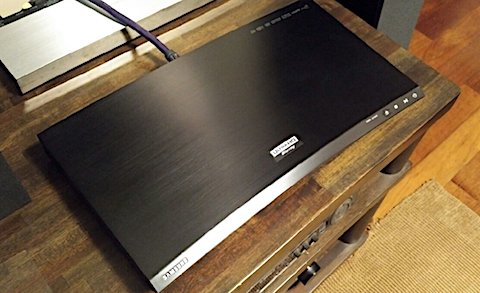 Like any modern player, the UBD-K8500 is also equipped with various network-based apps like YouTube via its network connectivity. Those with existing Samsung SMART TVs will be happy to know that the remote control unit that comes with the player will integrate seamlessly with your TV and most common AVRs (at least I know it works fine with Denon) and allow you to control your whole entertainment set-up.

SETTING UP
There is the standard power cable, remote and manual. The player is light enough so you can slot it into your AV rack with ease. The connectivity offered is basic but this is all you need for the 4K viewing experience. It has two HDMI outputs (one main and one audio-only), one optical output and one LAN network port.

With regards to 4K connectivity, a quick lesson on the requirement. In order for consumers to enjoy 4K, the whole connectivity chain from the source to the TV or projector (including the AVR if you are connecting via one) must have HDMI ports that are HDCP 2.2 compliant. This is a technology designed to prevent illegal copying of 4K Ultra HD content. Hence, before purchasing this player, check all your existing hardware. 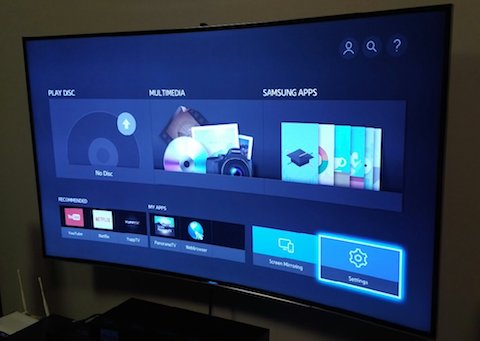 For this review, the player was connected via a Denon X6200W AVR into a Samsung UA65HU9000 65-inch Curve TV. I also connected the player to the Samsung ATMOS soundbar recently reviewed. Please check your TV manual which HDMI port supports HDCP 2.2 and ensure it is connected to this port. No calibration of any sort is needed from this player as it detects any error in the visual chain and displays it on the TV. Unfortunately, my TV does not support HDR, hence a message is displayed saying that only 4K display will be shown without HDR.

THE EXPERIENCE
With The Revenant 4K UHD Blu-ray disc, the opening scene of the river flowing through the mangrove woods displayed significant detail compared with a standard Blu-ray disc. Ripples on the surface of the water were very smooth flowing with clear reflection of the tree branches above.

Coupled with a good ATMOS track, this Samsung player provided a full package of visual details with quite an impressive ATMOS experience. However, I would prefer a richer black when for such scenes – the Samsung player seems a little bit shy to emphasise this.

Moving on to Man of Steel, this movie is known to have quite a grainy visual with rich colour texture. During the scene where Superman is saving people from a burning offshore platform, the fiery body of Superman looks vivid with a good similarity of real fire.

The challenge with 4K which targets to display a life-like picture is that it can start to show the CGI’s unrealistic effect if it was not done properly. The Samsung player managed to produce quite a stunning realistic visual.

The visual on the Star Trek 4K UHD Blu-ray disc that was used to review the Samsung soundbar recently also looked quite vivid in its entirety. The attack scene at the Enterprise base showed quite a disperse colour hues during the explosion but retained its detail definition of different colour schemes. However, again it suffers a bit with black texture. Dark scenes seem to be a little bit lifeless.

It is a pity that I could not review this on a HDR-capable TV but having seen these same movies on a HDR capable projector, rest assured that it can only be better than what I have experienced.

As for other functions, the player has a few built-in Samsung apps which are quite standard these days. If you already have a high-specification TV, there is minimal use of the apps.

THE LAST WORD
As the first 4K UHD player available in Malaysia, Samsung nailed it with zero glitch during playback of these three movies. No skipping or jitter nor did I have to reboot due to system crash. I particularly like the curve chassis that matches my TV, while the simple front fascia with no LCD screen lends it a stint of elegance. The soft buttons for main functions like eject and play also shows that Samsung put in quite some thought to the design.

At the moment, this is the only 4K UHD Blu-ray player available in the official local market. Although there is no other alternative, this player will offer a good step-up and introduction to 4K UHD excitement for any AV enthusiast, providing you own a full 4K chain. It will provide you with a different perspective of watching movies at home not only for visual, but also for ATMOS and DTS:X enveloping surround sound.