KLIAV Show 2018 – A quick breeze through on day two 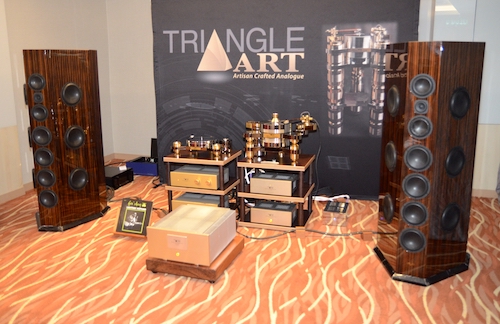 NAVIGATING through audio-video exhibitions such as the KL International Audio Visual (KLIAV) Show is always a tricky proposition. Even before you step into the venue, you subject yourself through a self-imposed inquisition – which set-up to listen to first? How much time to allocate for each? Is it necessary to check out every single system? … And so on and so forth. Then, of course, there is the vow to keep the wallet firmly in the pocket – or at least, when temptation is too much to bear – to keep financial damage as low as possible.

But the hard truth is, once you let an audiophile (or videophile or head-fier) loose in such an environment, any hope of restraint quickly goes out the window. There’s so much to see and hear that placing limits on these will quickly degrade the experience. It’s really best to just go with the flow, groove to the beat, dance to the rhythm, etc … well, you know what I’m getting at. 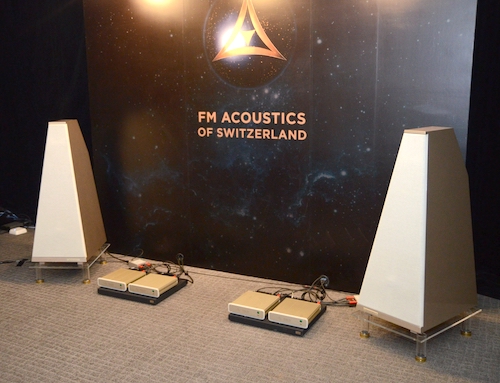 And so there I was on Day 2 of the KLIAV Show 2018 (other work commitments kept me away on Day 1), held for the second year running at the Sunway Putra Hotel in Kuala Lumpur. A few fellow gear nuts who were there the day before had already hinted at what to expect, but I knew my experience would differ from theirs.

What I decided to do then, was a lightning tour of the entire exhibition, get a quick feel of all 77 exhibits (according the supplied printed guide), identify the ones I would like to spend more time with, and come back on the third and final day to immerse myself in their individual excellence at leisure.

So what follows are the exhibits that caught my eye or sang the right tune to my ears during my quick breeze through. 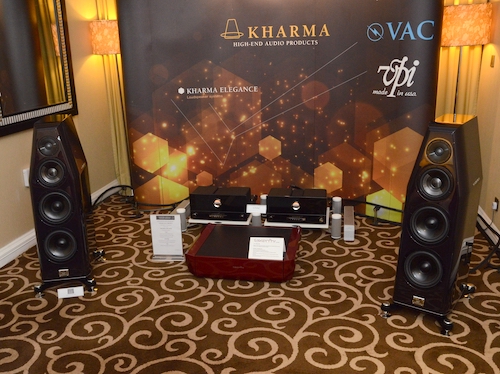 The most significant impression that I obtained was the marked increase in the number of head-fi on display this year. From booths to hotel rooms to, these were everywhere. Quite a number of dealers, who established their businesses even before head-fi was even a concept, were getting in on the act. Centre Circle Audio, for example, had some excellent Chord head-fi products on display.

Local head-fi specialists Stars Picker Audio took up three rooms, displaying all manner of products that will fit any budget – but I took special note of some Stax electrostatic headphone setups that I would like to spend extended time with. Special mention goes out to others like Jaben Audio and Red Ape Holdings but I’ll leave it to other head-fi experts at audioFi.net to give you a more detailed report on the cans scene. 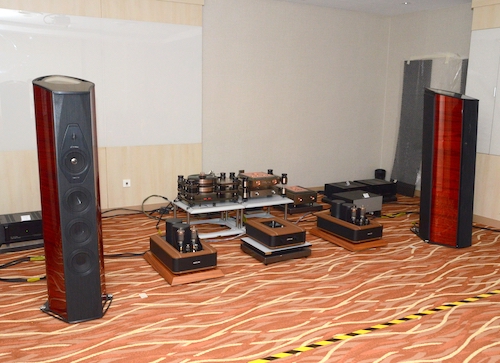 Back to more conventional stereo setups, the ninth floor is where most of the hi-fi heavy-hitters are… and I mean that quite literally. There is no shortage of cost-no-object systems here, and if you want to experience extreme hi-fi, make a bee line here.

Absolute Sound took out the stops and put on two mouth-watering systems on display. The first was an all-FM Acoustics system comprising FM 155 preamp and four FM 108 monoblocks driving the FM Inspiration XS-III speakers. The setting and space were not quite ideal, but there there was a cohesion and fluidity to the music that was quite compelling. In the adjacent room was another top-sounding set-up with an Esoteric Audio N-01 network audio player paired with its Grandioso F1 integrated amplifier driving Focal Kanta No.2 speakers. 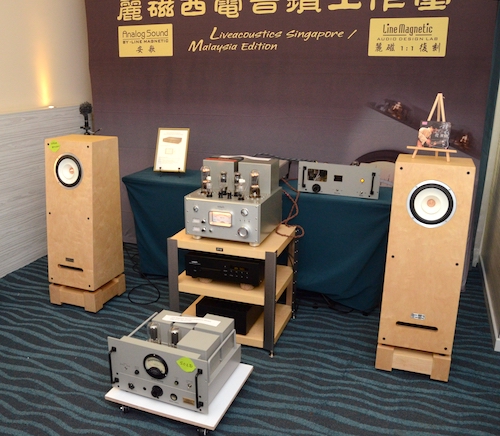 For size and presence, Perfect Hi-Fi put on the awe-inducing Sonus Faber Aida II, driven by Audio Research electronics, notably the new Reference 160M monoblock amps. This is one system that is extremely easy to the ear and pleasing to the eye, if not so easy on the bank balance. 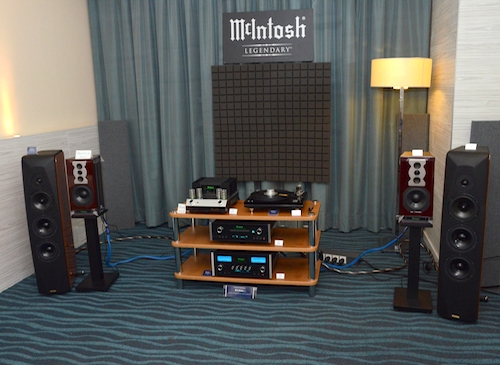 Close by was the another impressive set-up, which the exhibitor informed cost over RM1mil all-in. On show was a behemoth of a loudspeaker, the Venture Ultimate Xtreme, with a Triangle Art Master Reference turntable and accompanying Reference series phono stage, and preamp into a TA-260S power amp, all top-of-the-line. The Lightnin’ Hopkins Goin’ Away LP was playing when I stepped in, and there was so much verve to the sound you could easily imagine the late great bluesman there in the room with you.

On static display at the Asia Sound Equipment exhibit were the curious-looking and diminutively-sized Neat Acoustics speakers – the tiny Iota and the slightly-larger Iota-Alpha pairs. I didn’t get to hear either, but with their small size and ribbon tweeters, I’d wager they would make an awesome desktop set-up.

Live Acoustics from Singapore brought in their impressive Line Magnetic system sporting Gamut Magnetic Laboratories single-driver speakers, which will make you re-evaluate any perception that China-made products are second-rate.

Also notable was the exhibit by Audio Perfectionist, which featured an all-McIntosh system and the MA252 integrated amplifier, which is the first hybrid amp from the esteemed American marque. 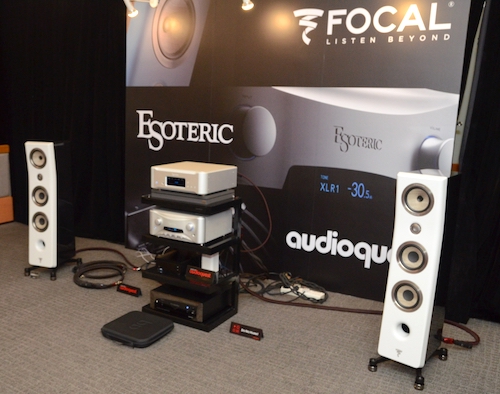 Centre Circle Audio had some top-notch components on display, notably the Kharma Elegance dB 9 speakers on demo, with Chord Electronics digital sources, VPI turntables and VAC amplification, but the room was packed each time I tried to get a ear in, but one I noted down for a follow-up visit.

Another notable system was the Kronos turntable, Absolare electronics and Sonus Faber Lilium speakers. I only got a look in, and meant to return for a longer listen, but didn’t manage to squeeze that in. 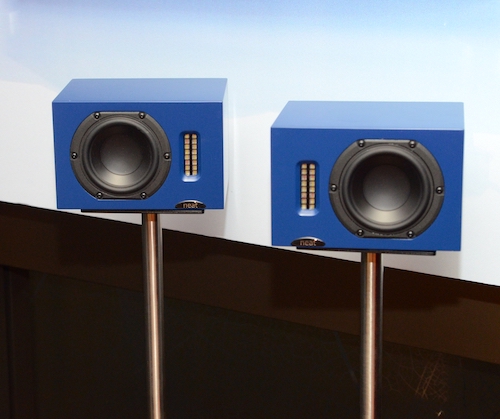 A number of chats with some acquaintances and some crate-digging for some vinyl thrown in, ate away more time than I bargained for, but I earmarked some time with some ATC active speakers and the Swedish Statement room for the next day’s enjoyment. 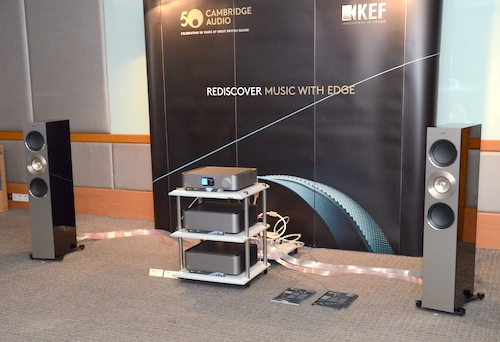 Oh, and by the way, remember the vow to keep my wallet in my pocket? Well, it didn’t work. But I’m sure my resolve will be stronger today… or will it?