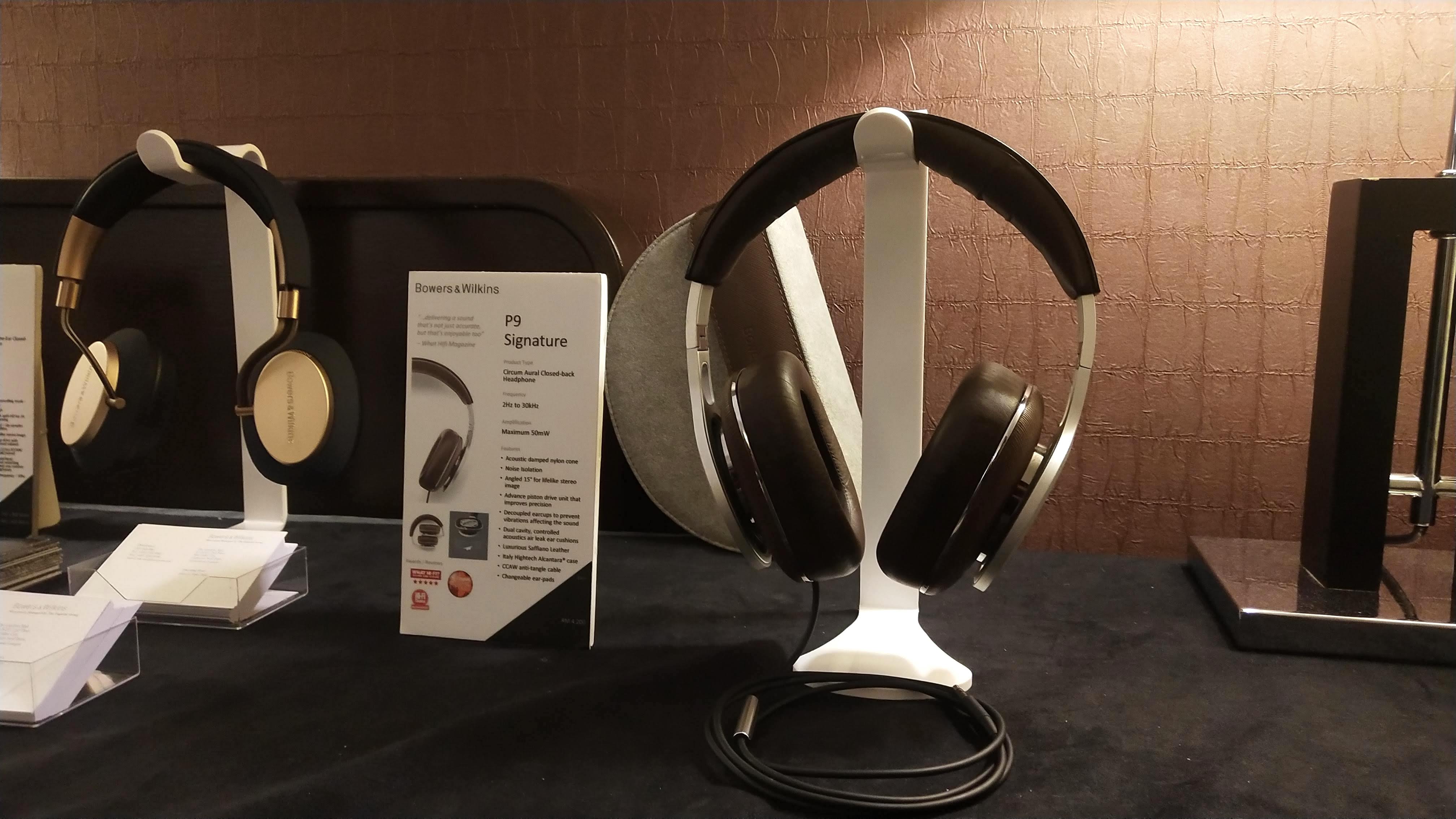 EVERY July, like clockwork, local audiophiles make their annual pilgrimage to the Kuala Lumpur International Audio Visual (KLIAV) Show for their regular dose of poison. This year’s KLIAV Show is at a new venue, the Vistana Hotel in Kuala Lumpur (Titiwangsa); the three-day event ends today (Sunday, July 28).

While there’s always a steady influx of stereo and home entertainment exhibits at the show, headphone systems and personal audio exhibits aren’t usually featured as prominently. This year is perhaps a prime example where personal audio products are few and far in between.

To kick things off at Level 6 is Bowers & Wilkins. Aside from the beautiful 800 D3 speakers, there’s also the tried and tested P9 Signature flagship headphones. As all things B&W, the P9 looks and sounds amazing. Having been released some three years back, no surprise at all with how well they have stood the test of time. B&W also brought its wireless little brother, the PX.

Moving down to Level 5, I got the chance to try out what seems to be the largest dedicated audio player (DAP) active on the market today at Red Ape’s table. Astell & Kern’s Kann covers my palm easily but when held in the hand, it is deceptively lighter than it seems. Given its 128GB of storage (with options for expansion cards), you should be able to carry as much MQA and DSD music files as you need.

The Kann was driving the Meze Empyrean headphones, and the combination might be my favourite set-up at the show. The Empyrean is Meze’s flagship headphones, utilising hybrid planar magnetic drivers; it took me a while to get used to the sound signature. The fit was also a little loose on my head, however, with proper positioning, these headphones sound remarkable. I had fun comparing the sound between Alcantara and leather pads for the Empyrean.

For the financially-conscious visitors, Jaben is having an all-out sale for its headphones and IEMs. Various Sony wireless models such as the WF-SP700N, WH-1000XM3, and even the wired IER-M9 and M7 are being sold at high discounts. Jabra’s true wireless models, the Elite 65T and Active 65T, are also on sale. Very tempting, since I’m in dire need for some workout earphones. The usual Sony flagships such as the IER-Z1R IEMs and MDR-Z7M2 headphones are also available together with the flagship Walkman, NW-WM1Z music player.

Chord & Major, a Taiwanese audio company, was also present to show its IEM line-up designed to cater to different genres. I enjoyed the Jazz model a little bit more than the Classical and World Music which I believe is the whole point of the line-up. Their housings are built with premium fit and finish but the cables feel a little basic. Be sure to try all of them to find what’s best for you and your music collection.

Further down at the Audioquest exhibit were the Audioquest Nighthawk dynamic headphones, along with some Focal IEMs and headphones. For those who are interested in a mini DAC that works with your phone via USB OTG, you should definitely consider the Audioquest Dragonfly, a USB-drive sized DAC with a mini-jack output.

While I enjoyed myself, I still have hope for more headfi representation in the next event. Oh, and the discounted Jabra true wireless that I’m passing? Totally not haunting me in my dreams. Nope.