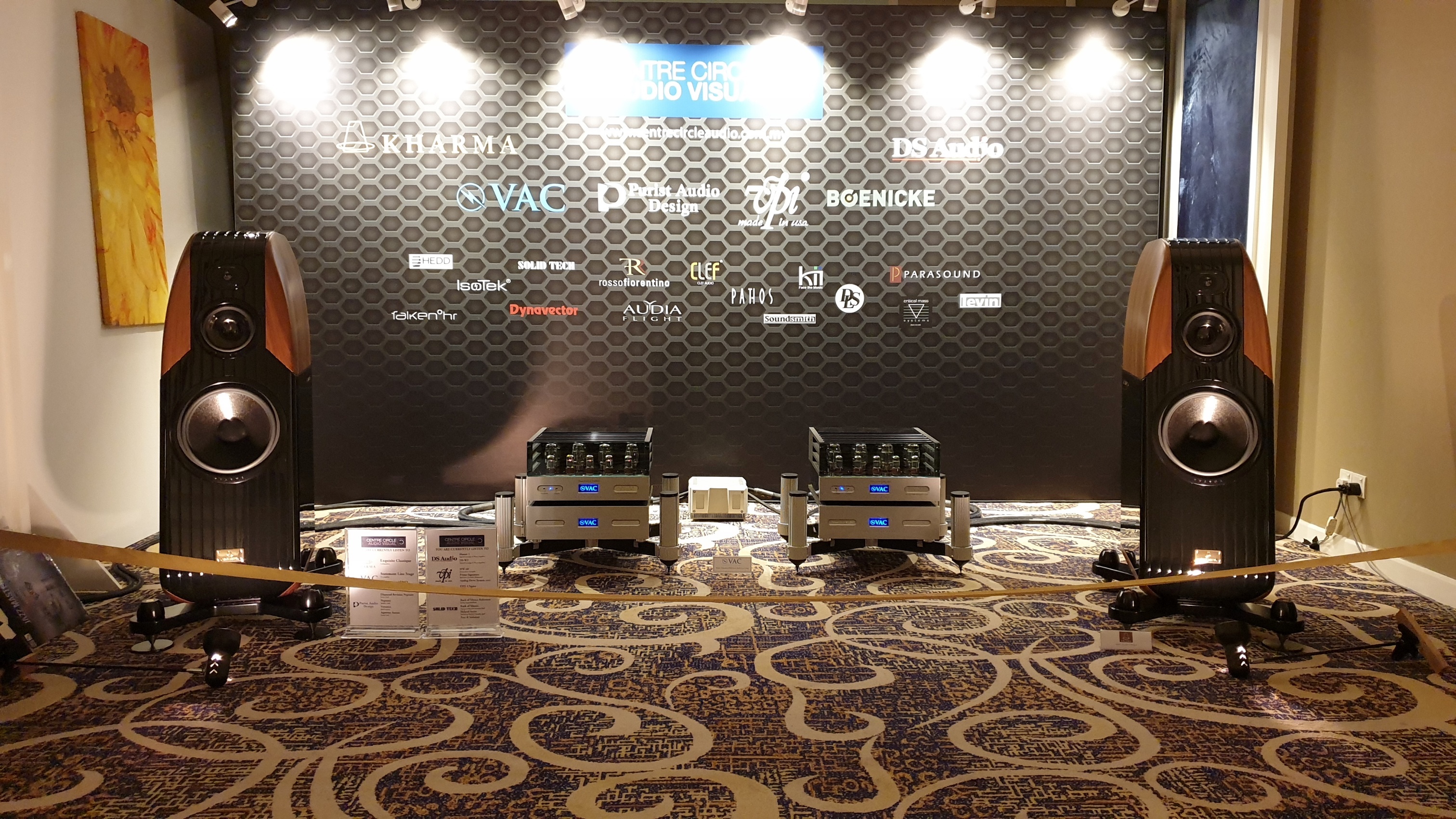 A NEW venue surely warranted something new from the KL International (KLIAV) Show. While I hear that most people were expecting the same old same old, I was pleased to see a number of new set-ups for the event. There was a good mixture of Asian products and the usual European/American brands.

Divini and Lu Kang Audio were among the Asian ones that showcased quite impressive systems. There were also a few “first time in the show” products, such as the TAD Reference pre-power set-up, PMC Fact Signature series, the new PSU for the Kronos Sparta, DS Audio optical cartridges and phono stages, and Aerix Duet lifestyle streamer.

As for sources, most systems went digital, either from a CD player or the more popular choice, streamers. Turntables seem to take a back seat this year. Only the higher end set-ups were still on analogue, such as the Kronos Sparta by YL Audio and the VPI HW-40/DS Audio optical cartridge by Centre Circle Audio.

Headfi was dialled down a bit with Jaben taking centre stage, showing Sony’s flagship DAPs, headphones and amps. There were a few other headphone brands available such as Jabra and KEF. I don’t think this was a sign of people losing interest in headfi – as I am aware, they have their own scene beyond the KLIAV Show.

Streamers were surprisingly the choice of most of the exhibitors. Not just a streamer but also all-in-one units. A few notable ones included the NAD M10 that was driving a pair of Dali Rubicon 8 floorstanders, lifestyle design newcomer Aerix Duet and the Cary Audio DMS 500.

On the home theatre side, Dolby Atmos and 4K displays are still the ongoing excitement. The interesting part – the projector companies coming in as standalone exhibitors, as Epson did. There’s also an ultra short throw Optoma projector in the Style Laser room.

I spent the whole of Saturday going through each room. Well, at least 90% of them. This was the most exciting part. A number of set-ups that were not at their best in past shows, turned out to be very very good this time. I am not sure whether the room acoustics were better but my sources did reveal that an acoustic expert did survey the hotel rooms prior to choosing this new venue.