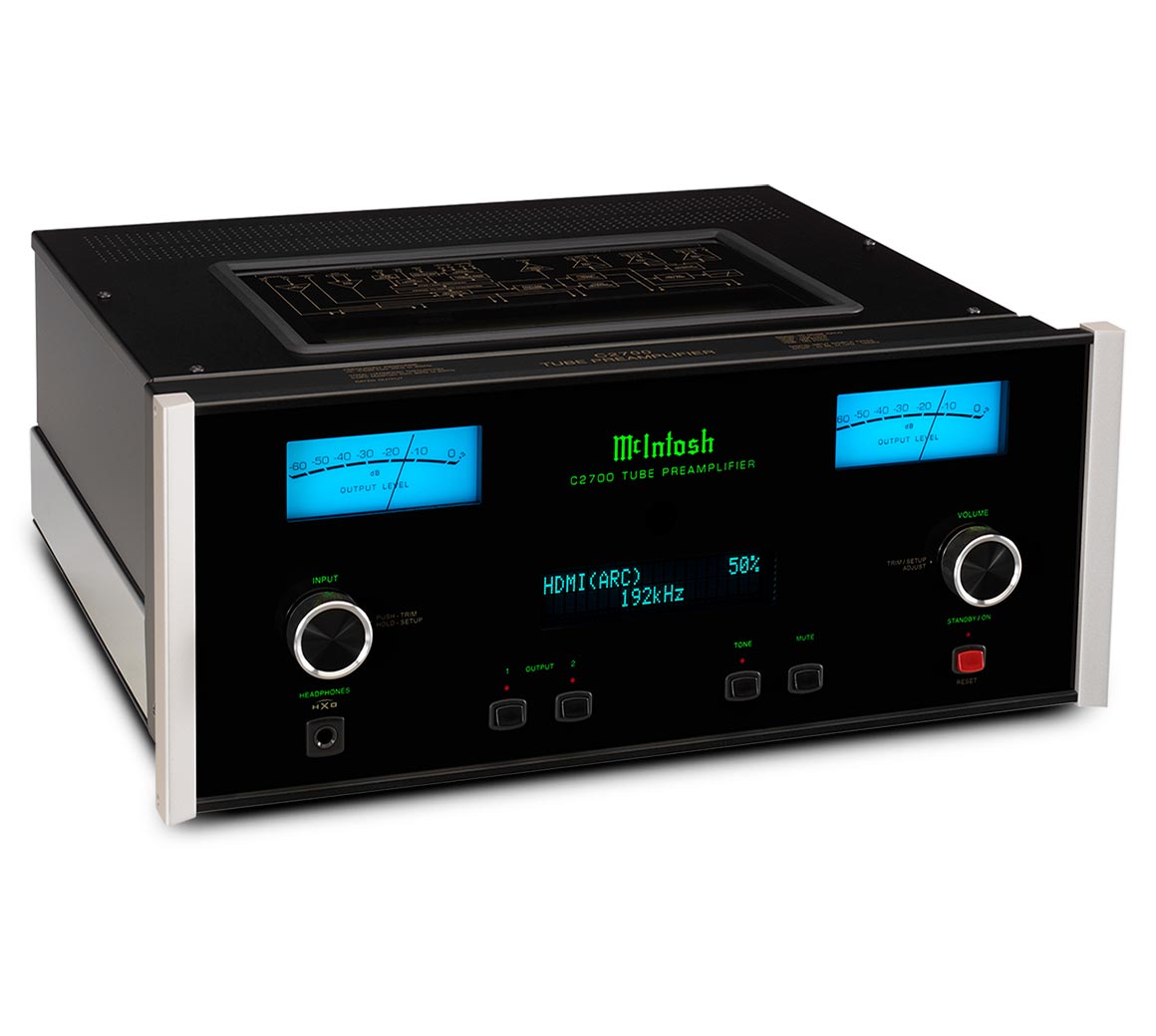 IT’S hard keeping up with McIntosh Labs these days – the American hi-fi manufacturer turns out new products with even more regularity than smartphone makers! We just saw the new solid-state C53 preamp a few weeks ago; hot on its heels comes the new C2700 tube preamplifier, which also features the DA2 digital audio module.

The C2700 is also equipped with five 12AX7 vacuum tubes, along with a single 12AT7… for visual effect (and yes, McIntosh products are also about eye candy), the tubes are visible through a glass panel on top, neatly arrayed and lit up by green LEDs when the unit it powered on.

You won’t run out of inputs here – the C2700 has 16 of them! Nine are analogue, while the DA2 module has seven digital inputs.

According to the company, “the DA2 includes all the same connections found on the DA1 plus a new audio-only HDMI Audio Return Channel (ARC) connection. TVs with a compatible HDMI (ARC) output can be connected to the C2700 to enjoy your TV’s sound through your home audio system… besides the new HDMI (ARC) input, the USB input has increased DSD playback support up to DSD512 compared to the DSD256 limit of the DA1.”

The DA2 is powered by a next generation, audiophile-grade, Quad Balanced, eight-channel, 32-bit DAC with improvements in both dynamic range and total harmonic distortion. The coax and optical inputs in the DA2 can decode digital music up to 24-bit/192kHz for playback of high resolution audio.

Three pairs of variable balanced and unbalanced outputs each are on the C2700, along with a fixed unbalanced connection.

Shipping for the US begins this month, followed soon by the rest of the world, but you can already place your order.