REEL-TO-REEL tape recorders and players have been around for a long time. Their popularity surged in the 1940s and 1950s, when the process of manufacturing magnetic tape was more or less perfected. They were once the music industry standard for making master recordings and, from the 1950s until as late as the early 1980s, reel-to-reel tape decks were a big part, if not the centrepiece, of most home entertainment set-ups.

But the 1980s saw a rapid advancement in portable tape recording and playing, as well the advent of digital recording and playback, so the reel-to-reel deck became a “vintage” item, much like the humble vinyl record. But what’s good in audio tends to remain good in audio, in spite of all the claimed improvements brought by modern technology. Recent influential sources have once again discovered just how good reel-to-reel decks still sound in this day and age, even claiming a refurbished deck could absolutely crush the highest-rated turntable in the sound stakes. 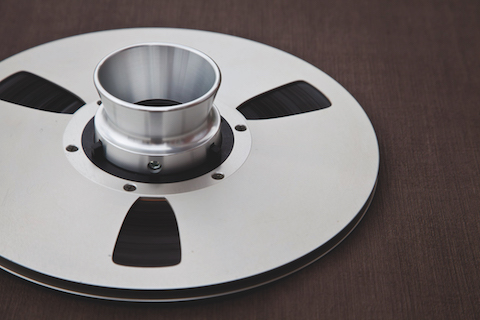 The question is: even if you are, or have become, a believer and, outside of getting yourself a vintage refurbished unit, can you actually buy one? They don’t make them anymore like they used to, right? Or do they?

Since launching in 2012, the Horch House brand has developed an impressive reputation for capturing the magic of original analogue master tapes and delivering faithful (and fully licensed and approved) copies on reel-to-reel tape, vinyl records and in various digital formats. The company worked closely with some of the industry’s foremost experts in delivering high quality copies of original analogue master tapes.

The company is taking that same approach and turning its attention to bringing the once essential reel-to-reel deck from its current vintage status back to centre stage.

The aim of Project R2R?

“My passion for audiophile tape machines goes way, way back,” he explains. “This will be the realisation of a lifelong ambition.”

The project team is already hard at work and hopes to show a prototype of the new deck at Munich’s High-End Show in May. Those keen to follow the project should keep an eye on www.horchhouse.eu, where the team will be sharing some of Project R2R’s latest news and developments.

When an Austrian says “I’ll be back!”, you’d best take it that he means it, so bookmark the above sites if reel audio is up your alley.