Quiet Hana is all you need 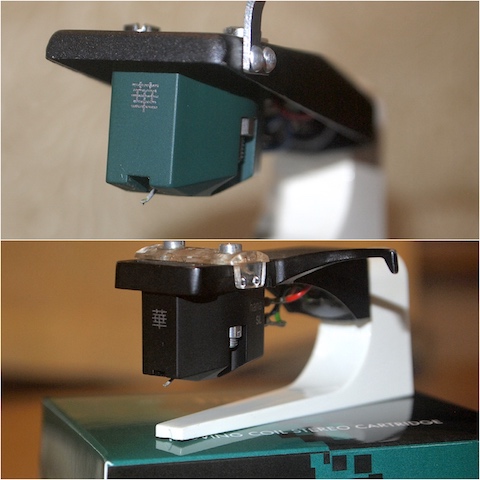 SL
+ Extremely quiet in the groove, all-round excellent performance and highly musical.
– Very light at 5gm and performs best at loading of above 400 ohm, both of which will require buyers to have appropriate tonearm and phono stage for best performance.
Sound: 9/10
Value: 8.5/10

THE brand name Hana is relatively new in the world of cartridges but manufacturer Excel Corporation is, in fact, a highly experienced OEM cartridge maker for a number of highly regarded names for many years. With the revival of vinyl in the recent years, Excel decided to launch its own brand, Hana, which means “brilliant and gorgeous” in Japanese.

The Hana range consists of four moving coil cartridges – two elliptical and two Shibata – that have been making headlines in so many review magazines that I really had to give them a try when the cartridges became available in my country. I opted for the top-of-the-line Shibata-tipped SL version, a 0.5mv low-output cartridge.

In appearance the Hana SL is simplicity itself, with no frills in terms of gilding or colour. Just plain greyish black with no significant markings to indicate its high-end aspirations. I would say this is rather disappointing but having been prepared for it, I was more concerned with its sonic virtues.

Even the box and accompanying documentation are simple affairs. The usual screwdriver and appropriate screws are provided, together with a stylus brush. Nothing fancy and quite clearly, Excel prefers to let the cartridges do the talking. 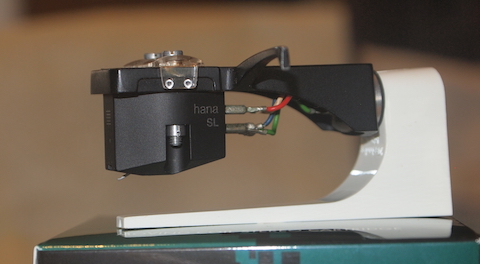 SETTING UP
The fairly healthy 0.5mv output should pose no problems for most moving coil phono stages but I noted from the accompanying literature that it weighs very light 5gm and that the preferred loading is more than 400 ohms. With these specs, I chose to mount the SL on my Technics SL1000 turntable with the Technics EPA100 arm, which has an SME type removable headshell and which also allows for variable compliance settings. This would facilitate comparisons with my other cartridges.

Fortunately, my phono stage also allowed for variable loading and I chose to load the SL at 500 ohms. I should mention that mounting the SL on the Technics arm was the least stressful compared with all my previous experiences, the cartridge having perhaps the best stylus guard I have seen to prevent accidents.

Careful alignment is critical for a fine line type of stylus such as the Shibata and I took extreme care in ensuring this. Similarly, VTA/SRA settings were carefully adjusted by ear, this being facilitated by my tonearm which allowed VTA-on-the-fly adjustments. The light weight meant that the tonearm was almost at the extreme low end of its specifications. Buyers would do well to check their tonearm and phono stage specifications before committing. 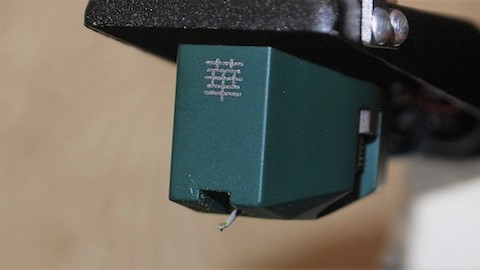 Late into the review process, I was loaned a well run-in EL for review and comparative purposes; its specs are almost similar as the SL (which has a wider frequency range) but the stylus is the more common elliptical type. Installation was similarly easy, with my admiration for the stylus guard further enhanced.

LISTENING
Although prepared, I was really surprised by the sonic picture the SL painted straight out of the box. The sound was smooth and well rounded, with no stringent hisses or any anomaly of that sort. It was a most promising start! For once, I could immediately enjoy the music that came forth without any reservation except perhaps the slightly lower dynamics compared with the Denon DL-S1 that preceded it.

Over the next few weeks, the Hana was put through its paces with all my usual daily fare of vocals, jazz and classical. From about 20 hours onwards, the SL reached what I believe to be its optimum performance. I have found that with cartridges, it is always difficult to review and describe the sound as the break-in period is usually long and the sound can change so dramatically! In some cases, the initial period can be excruciating.

The SL, thankfully, showed only subtle and gentle changes, with improvements in the overall balance and the frequency extremes becoming more extended. Let me highlight the three areas where the SL truly shines. 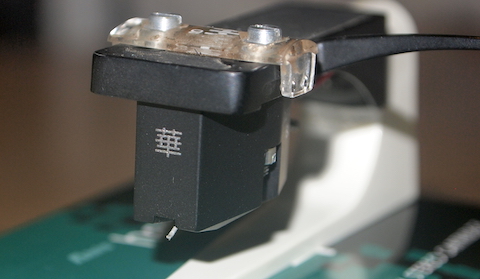 Firstly, the SL is really really quiet in the groove. With most of my well cleaned LPs, there is almost no groove noise, and ticks and pops if present are significantly reduced in overall amplitude. I am not sure how the designers managed to achieve this but to me, this ability to run quieter in the groove than every cartridge I have ever experienced is a compelling enough reason to invest in the SL. The result is that music is more “there” without any distractions from extraneous noises, and thus making for a more involving experience. This especially enabled me to listen to many more of my classical LPs than usual.

Secondly, the SL digs up a very high level of detail but remains smooth and highly musical. Often, revealing cartridges can be etch-y as well but not this one. It remained smooth with fine shimmers to cymbals and violins, etc. This fine balance is not easily heard, let alone in a cartridge at the SL’s price point.

Thirdly, and most importantly, the SL is highly musical. Rhythm and pace of the music being played were portrayed wonderfully, and it is quite easy for one to be swaying and bobbing to the music. The grandeur of the great symphonies was conveyed majestically. Jazz tonal colours and dynamics were reproduced faithfully and in particular, live recordings sounded very present and real.

My UK first pressing of Dire Straits’ Brothers in Arms was growlingly present and the guitar riffs were never better portrayed, and yet, the distinctive clean recording was quite clearly highly detailed throughout the whole frequency spectrum. The LP also ran very close to the label but the Hana tracked cleanly all the way to the end with almost no noticeable inner-groove distortion (do note, I use the Stevenson alignment, which is kinder to inner tracks).

The entire spectrum of frequencies is conveyed in a highly balanced musical picture, with no areas being highlighted so as to convey a particular aspect. For example, compared with my Midas-bodied Denon DL103R, the midrange is not as rich but careful listening suggest that perhaps the Denon is purposefully midrange-prominent and coloured.

The SL’s bass is fast and taut when the music calls for it and makes for a highly involving, foot-tapping musical experience each time it was in play. It is not as dynamic the DL-S1 but then, that cartridge is costlier and is now out of production. On saxophone, perhaps the SL still missed that elusive brashness of Sonny Rollins but its smoothness does serve Kenny G and the strings of the Berlin Philharmonic very well.

The stereo image is exemplary with images solidly portrayed in the right spots and with lots of airiness surrounding instruments. It is likely that the detailed nature of the cartridge helped in the fine imaging but the downside is that tape hiss is more pronounced, especially in those older jazz recordings (tape hiss of course is a necessary sound signature of pure analogue recordings, especially vintage).

As for the EL, although I had been forewarned of the lower level of detail and clarity compared with the SL, I was pleasantly surprised by the sound quality on first play.

Yes, the level of detail and clarity were lower, as can be expected of an elliptical stylus, but it was certainly very, very good against other similarly priced ellipticals that I have experienced. In fact, I found that raising the VTA a bit higher than parallel restored the shimmer in cymbals and bells significantly and once acclimatised to this, the EL was just a delight.

It has a glowing kind of midrange that most others in its price range do not do, allowing voices to be rendered beautifully and naturally. The quietness in the groove and the musicality of the SL are also amply on display by the EL. Due the stylus shape obviously, detail and separation were a notch below the SL and this is most apparent in busy passages, when the music sounds a bit congested. For most readers, this mostly would not be an issue unless you are always playing Mahler symphonies.

Bass from the EL is fairly characteristic of an elliptical, being full and impactful. This serves a lot of music very well, especially 1970s rock and blues. Coupled with the wonderful midrange, the EL is a phenomenal cartridge for its price and I suspect for many, this is the sweet spot unless you can afford the SL.

THE LAST WORD
The Hana SL ticks all the right boxes for me and I recommend it highly – it is a must-audition whatever your budget, and for many, there will be no need to spend more. That definitely includes me!

At its price, the Hana EL is a no-brainer recommendation and if you do not wish to shell out for the SL, this is the one to beat. A number of my friends bought both!

DISCLOSURE: A member of our team of reviewers has recently acquired a commercial interest in the importation of Hana cartridges into Malaysia. This review was done prior to such an arrangement on his part.