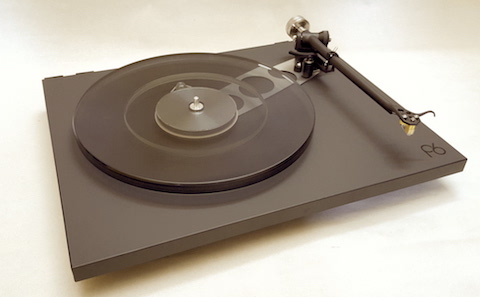 + Superbly foot-stomping and musical, excellent with vocals, excellent bass. Well-balanced sound quality. Exact cartridge is a great tracker and has very low surface noise.
– On busier passages, can be slightly congested; there is a hint of thinness but this may not be apparent to many listeners. No VTA adjustment and no stylus replacement; cartridge colour may not appeal.
Sound: 9/10
Value: 9/10

REGA has, over the decades, represented the introduction to vinyl for many audiophiles, and some diehards have never strayed from the brand, such is their loyalty. On its part, the company has stayed true to the cause, despite the near-death of the vinyl format in the late 1980s and early 1990s.

Since then, Rega has expanded its range and today offers a full line of products, from speakers and amplifiers to digital playback and, of course, a complete stable of turntables from the budget Planar 1 to the flagship RP10. It would be amiss not to mention Rega’s most iconic product, the Rega RB300 tonearm, which appeared on its own turntables as well as on a wide range of turntables from many other brands. Today, Rega is riding the crest of the continuing vinyl revival and perhaps as a nod to the icon, Rega has revived the Planar name in its most recent turntable offerings. 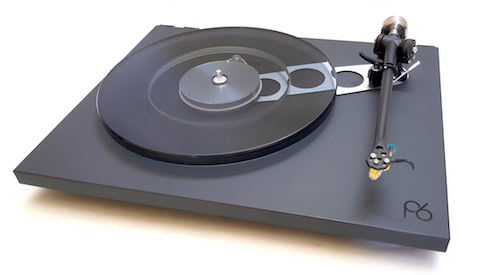 The turntable reviewed here is the 6, the fourth to be issued under the Planar name, after the historically important 2 and 3, and the entry-level 1. The Planar 6 is targeted at the vinylphile who wants to move closer to the flagship level but is perhaps budget challenged.  It incorporates many of the features previously available only on the costlier ‘tables. These include the foam core sandwiched by the same extremely thin but highly rigid laminates found in the RP8; the Planar 6 is the first to use a Tancast polyurethane foam, an aerospace material.

The tonearm is the same Rega RB330 found on the Planar 3 but it now gets a stainless steel counterweight and specially selected bearings. Other special features include a custom-machined drive pulley, a single piece aluminium sub-platter and a dual layered glass platter.

The Planar 6 looks rather smart in its matt grey finish with glossy laminates at the sides, although there is no mistaking the DNA, with the slim profile, lightness and the double bracing between the main bearing and the tonearm pillar.

The turntable comes with the Neo power supply which enables electronic speed change and fine tuning of speed accuracy. The Planar 24-volt motor is hand-tuned to match the Neo. I also noted the generous length of connecting cables for the power supply, which facilitates placing it further from the motor to prevent hum. 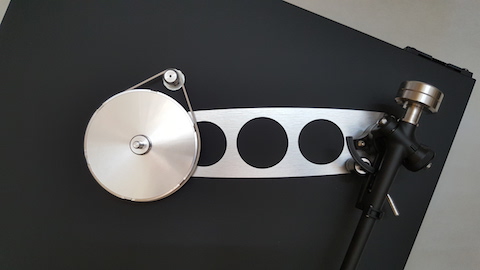 The review deck was factory-fitted with the Exact moving magnet cartridge, also made in-house by Rega. The cartridge features a one-piece body with no removable cantilever/stylus housing and thus is more like a moving coil body. In view of this, Rega offers a trade-in for the Exact when the time comes for a replacement. The Planar 6 can also be purchased with the Rega Ania moving coil cartridge.

The Exact cartridge deserves a special mention here for its Vital-profile diamond stylus, which is Rega’s take on a line-contact profile stylus. This is quite a unique feature in a relatively inexpensively MM cartridge. The three-point mounting arrangement ensures perfect alignment to get the most of a line contact stylus, which is higher level of detail, better tracking and transients and supposedly, if one plays clean records only, a much longer lifespan! But more of that later. I am, however, not too enamoured of the rather garish yellow colour it comes in, which does convey an initial impression of a rather lowly budget cartridge.

SETTING UP
Getting the Planar 6 up and running was pretty straightforward as the cartridge was already perfectly aligned. Pop in the outer platter; connect the Neo power supply and hook up the captive interconnects to the phono stage; slide in the tonearm counterweight, balance it and set the tracking force with the built-in gauge; and dial in the anti-skate as per instructions… and that’s it. While setting up, I couldn’t help noticing how well-made the tonearm is, especially the tapered arm tube. For the review, I placed the Planar 6 on an Ikea bamboo butcher’s block and ensured that everything was level. 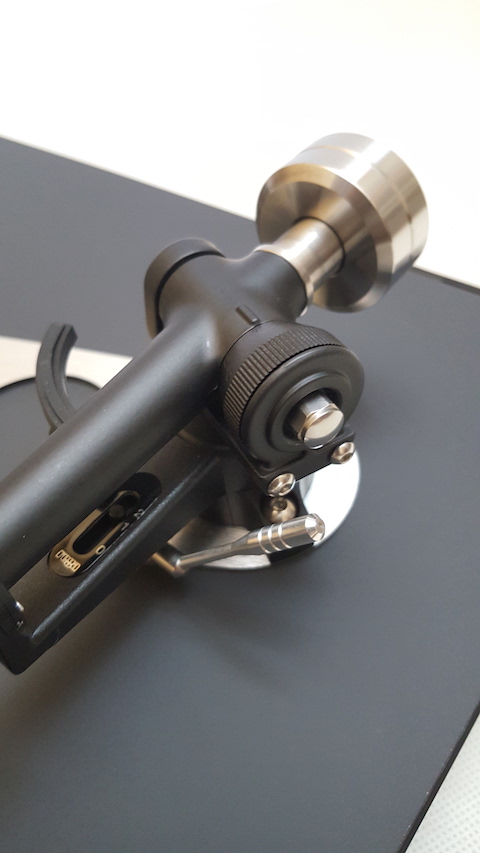 LISTENING
Initial listening quite clearly showed the Exact cartridge had yet to be fully run-in, sounding bright and etch-y. I also thought there was a bit of feedback on bass notes which required the inclusion of anti-vibration footers that I had on hand. I allowed the cartridge to play for a further 10 hours before I heard a blossoming of the soundstage and a deepening bass. The etch-y quality also disappeared, replaced by a neutral warmish tone.

Starting with Tracy Chapman’s Crossroads album, it was immediately clear that the Planar 6 has tons of foot-stomping and body swaying qualities. The rhythm of the bass and guitars was reproduced with oomph and verve, and Chapman’s voice was at her gravelly best. Moving on to Mary Black’s Circus, it was clear that voices are one of the Planar 6’s strengths. Words were clearly articulated above the music while the music itself was portrayed in a realistic stereo soundstage.

At this stage, I replaced the provided felt mat with a Ringmat and this brought immediate gains in airiness and definition to instruments as well as a tighter bass. Experimentation with other mats did not yield any further insights and I stayed with the Ringmat throughout the review.

Thus encouraged, I played Dire Straits’ Telegraph Road. This track can be notoriously difficult for turntables, with the huge dynamic swings and a gravelly-voiced Mark Knopfler that often gets drowned out. The Planar 6 not only sailed through but did so with aplomb. Guitar twangs were beautifully rendered with just the right amount of bite and bass had a solid thump to it. 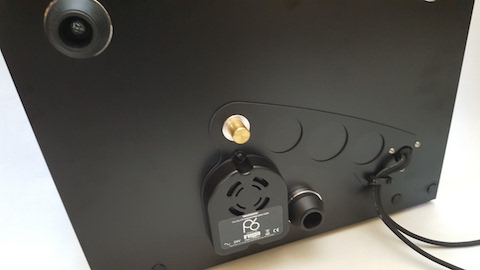 I then played a few jazz albums to test the tonality of the Planar 6. On the Ben Webster Meets Oscar Peterson album, the interplay of Webster’s saxophone with Peterson’s piano sounded wonderful and the double bass was reproduced with sufficient presence to almost sound like it was in the room. On the Ella Fitzgerald Sings the Johnny Mercer Song Book album, Fitzgerald’s voice was warmly neutral and articulate and the supporting ensemble was laid out behind realistically.

At its price point, the Planar 6 is a great performer but let me point out a couple of downsides. While there is plenty of detail, this is not the best that I have heard, and when music gets a bit busier, things sound a tad congested. In addition, it can be heard critically to be very slightly thin, although most may not notice such. For example, Fitzgerald’s voice was not as full bodied as I would like. Normally, I adjust vertical tracking angle to counter such traits, but the RB330 tonearm has no such adjustment.

Having said that, the bass quality displayed will, to most listeners, nullify any thinness in the overall structure and there is also a very well balanced overall sound that will please many. In fact, I believe that the overall well balanced sound is the Planar 6 greatest strength, allowing it to sound musical and enjoyable for any genre of music. 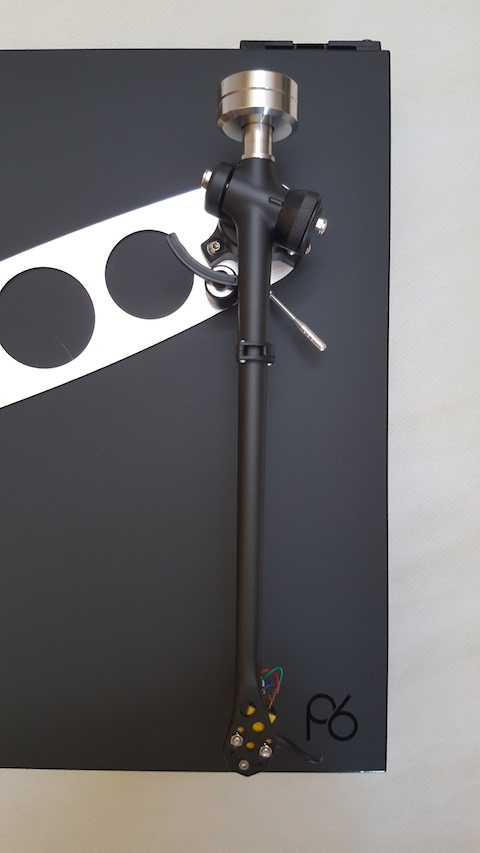 As an acid test, I played Beethoven’s 5th Symphony by the Berlin Philharmonic Orchestra under Herbert von Karajan. This is the 1960s rendition, which remains a firm recommendation. The Planar 6 with the Exact cartridge played this to perfection, with crescendos sounding earth shattering and the orchestra portrayed realistically. The exaggerated stereo of those 60s recordings was very enjoyable too! The Exact cartridge is excellent for classical music, being very quiet in the groove and with very low, almost negligible, inner-groove distortions.

THE LAST WORD
Rega definitely has a winner here. The Planar 6 has plenty of good sound virtues with very few mostly minor downsides. It is well made, has a very good arm and the sound, with its slightly warm/neutral signature, will fit with most systems.

It is simple to use and with some care with footers and mats, will sound like a much more expensive turntable system. The inclusion of a sophisticated speed/power supply control box at its price point is quite exceptional value and for many vinyl-philes, there is really little need to spend more.