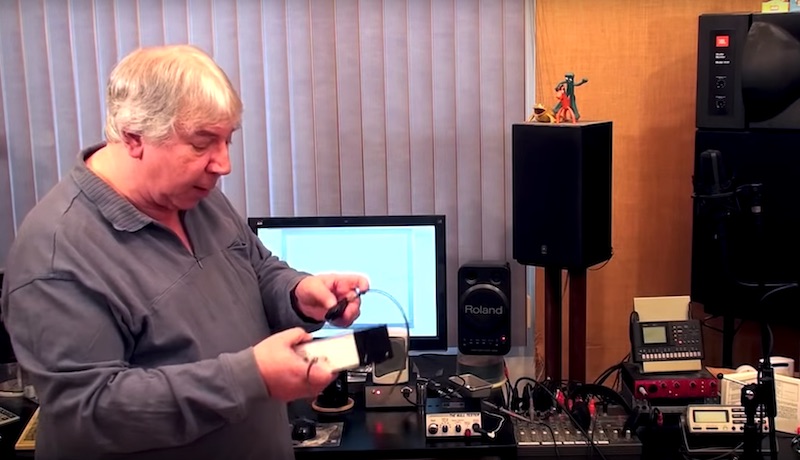 FEW subjects polarise audiophiles as much as wires – interconnects, speaker cables and power cords. One camp says it’s hogwash, that all wires sound the same; the other swears they make a difference in the performance of a hi-fi system.

Ethan Winer, an audio engineer and musician with 45 years of work under his belt, is a debunker, and he’s made a new video that claims “all audio wires sound the same”. Here’s the video and press release he just sent out:

For years many audiophiles, and even some audio professionals, have believed that signal wires can sound different. The result has been a growth of “wire” companies selling simple RCA and other signal wires for hundreds and even thousands of dollars each. The electrical properties of wires have been understood fully for more than a century, and engineers know exactly what to measure in order to learn how audio passing through them is affected.

However, some people believe there’s more to audio than test equipment can measure, and they prefer to trust their ears. So to settle this dilemma Ethan Winer designed a Null Tester device that compares any two signal wires and reveals their difference to a level below –110 dB. The beauty of a null test is that it’s absolute, and reveals all differences, including frequency response, noise, distortion, phase shift, and every possible artefact whether known or unknown.

To subtract one audio stream from another you simply reverse the polarity of one, then mix both together at equal volumes. Whatever remains is called the Null Residual. This is very important because it dispels the common beliefs that “Science doesn’t know everything people can hear,” and that “Some aspects of audio fidelity can’t be measured using sine waves and other standard test signals.” In addition to test tones, his Null Tester works just as well using music or any other sounds as the source.

To prove the point that inexpensive wires pass audio identically to very expensive wires, Winer made a video showing his Null Tester device comparing four RCA wires ranging in price from less than US$5 to US$700. The video first explains null testing in detail, and how the Null Tester itself works, then proceeds to a live demonstration of the wire comparisons. In every case the nulled residual signals were below the noise level of the testing device, proving for certain that music sent down both wires arrived the same at the other end, with no possible audible difference. These comparisons use RCA signal wires, but the conclusion applies equally to other wire types because it proves what audio engineers have known for years: there is no magic, and everything about wire can be fully understood using the standard known parameters.

Winer’s Cello Rondo music video has received nearly two million views on YouTube and other web sites, and his book The Audio Expert, published by Focal Press and now in its second edition, is available at Amazon . He is also a principal at RealTraps, a US manufacturer of high quality acoustic treatment products.

We’ve also included two other videos here, including one in which PS Audio’s Paul McGowan replies to Winer’s video and another where the latter issues a challenge to a public debate on the subject.

Enjoy the videos and make your own conclusions. Oh, and make sure you check the comment section of each video…