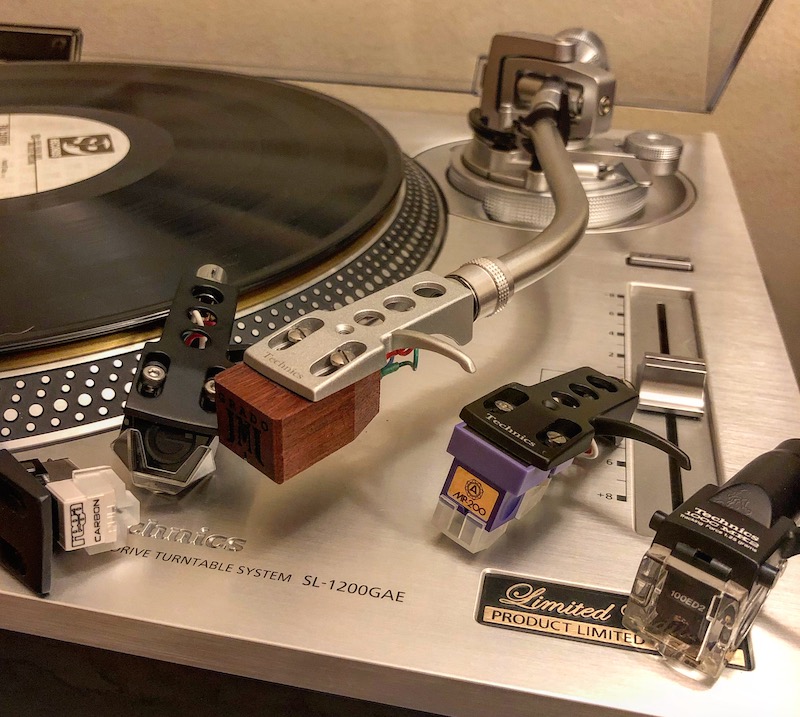 OFTEN, we are led into buying a new cartridge after reading reviews, without knowing if it matches our turntable set-up. So how do we determine if a cartridge is suitable by merely looking at the specifications? In reality, you can’t really tell until you install it. But some enlightenment on the mechanics of a cartridge can help.

How does a cartridge work? Do you recall the first time you owned a bicycle with a dynamo-powered light or being amazed in the science lab when you generated electricity to illuminate a lightbulb by moving a magnet within a coil of wires? Well, a cartridge works under the same electromagnetic induction principle first discovered by Michael Faraday where electricity is generated by varying magnetic flux by moving a magnet through a coil of wires.

For most cartridges, the electromagnetic induction principle is implemented through three popular topologies:

Inertia from a moving mass determines the reaction time of the cantilever, which influences the resulting sonic signature of music. One would have noticed how much more detail moving coil (MC) cartridges reproduce over moving magnet (MM) cartridges as a lighter moving mass equates to lower inertia, which in turn allows for faster reaction times to generate cleaner highs, translating into greater transparency and detail resolution.

MM cartridges tend to have a lusher profile as inertia from a higher moving mass broadens the strokes, and having less resolution on detail would lead your brain to focus more on the mid-section for a nostalgically involving experience. Well-designed moving iron (MI) cartridges can offer a blended MC-MM experience, which can be very musical in nature.

If you want to break from convention, a Japanese manufacturer makes optical cartridges where a blind is attached to a moving cantilever positioned in between a static LED light and a photovoltaic sensor. It looks much like a conventional cartridge except for its internal phono engine. It has the lightest moving mass with behavioural aspects akin to a super MC cartridge in terms of detail.

Output and loading
Designs using stronger magnets with a higher magnetic flux density or a larger coil, will result in a higher output voltage. MC cartridges tend to have lower output voltages in the range of between 0.15mV and 1.6mV by virtue of smaller coils attached to the end of the cantilever and the opposite is true for MM cartridges, whose design allows for a larger static coil to be in place while the magnet attached to the cantilever moves, generating a higher output voltage usually ranging from 3.5mV to 5mV. MI cartridges usually mirror the typical MM cartridge output.

It is important to match your cartridge output with an appropriate phono stage to ensure that the correct line voltage is achieved within specifications for either single-ended or balanced topologies. Typically, most MM phono stages will provide 36dB to 42dB of amplification, MC phono stages, at least 55dB to 70dB on most.

In reality, anything between 38dB and 40dB is ample for most MM cartridges. For low-output (0.1mV–0.35mV) MC cartridges, a phono gain of between 60dB and 62dB would suffice; high-output MC cartridges would be well-matched with a lower-gain phono stage.

If you are planning to go with a MM cartridge, you don’t have to worry much about impedance as most MM cartridges are designed to be loaded at 47kOhms. However, it is a different matter with MCs as the load impedance pretty much depends on the internal cartridge coil impedance. The good thing is that most MC cartridges are designed to pair well with a wide variety of phono stages designed with a market standard of a 100-ohm load impedance. If you are fortunate to own a phono stage with variable load impedance, you can adjust by ear until the right balance is achieved. A 10-times factor over the internal coil impedance is a good starting point. Too much load impedance will result in a brighter tone with less low frequencies while the opposite happens when there is insufficient load impedance.

The compliance factor
Cartridge compliance is often overlooked when deciding on cartridges. We tend to buy the best reviewed cartridge to be mounted on an equally revered tonearm – very few seem to understand the importance of matching compliance with the effective mass of tonearms. Compliance is a measure of the springiness of your cantilever. Affordable cartridges tend to have aluminium cantilevers while stiffer materials such as boron or diamond are usually seen as we move up the value chain.

Don’t be surprised to find some exotic cartridges using organic materials such as bamboo for their cantilevers.

High compliance cantilevers (eg. >20 x l0^6 cm/dyne) tend to have more flex, potentially introducing additional modulation that can induce resonance into the waveform transcribed from the record groove while stiffer low-compliance cantilevers (eg. <10 x l0^6 cm/dyne) will channel a lot of vibration energy into the system as they are less springy for absorption and may even have tracking issues with lighter tonearms.

However, these concerns can be mitigated through proper matching of high-compliance cantilevers with low effective mass tonearms (eg. <10g); conversely, low-compliance cantilevers work best with heavier tonearms (eg. >20g). Mismatches can introduce audible resonance and perhaps result in mis-tracking as well. Most modern production tonearms have medium effective mass, and match well with most cartridges in production.

From experience, I find higher compliance cartridges often produce a fuller bodied sound compared with the more dynamic sounding low compliance cartridges that have stiffer cantilevers. The additional flex from the cantilever is likely to be the contributing factor as distortion introduced often tends to be in the lower range compared with the excitement and dynamism attributable to distortion at higher frequencies.

In the end, the limiting factor when deciding on the choice of cartridge rests plainly on the equipment that we have. It is paramount to ensure that the compliance of the cartridge matches your tonearm for you to extract maximum performance while the decision between MM and MC depends very much on your preference on the body of sound for playback.

Careful pairing of output voltage to your resident phono stage is of equal importance as too much gain will limit headroom and result in a thinner brassier presentation. It would be good if you have the chance to audition the cartridge prior to purchasing – specifications are what we read but our ears know best. Happy shopping.