What was and will be… 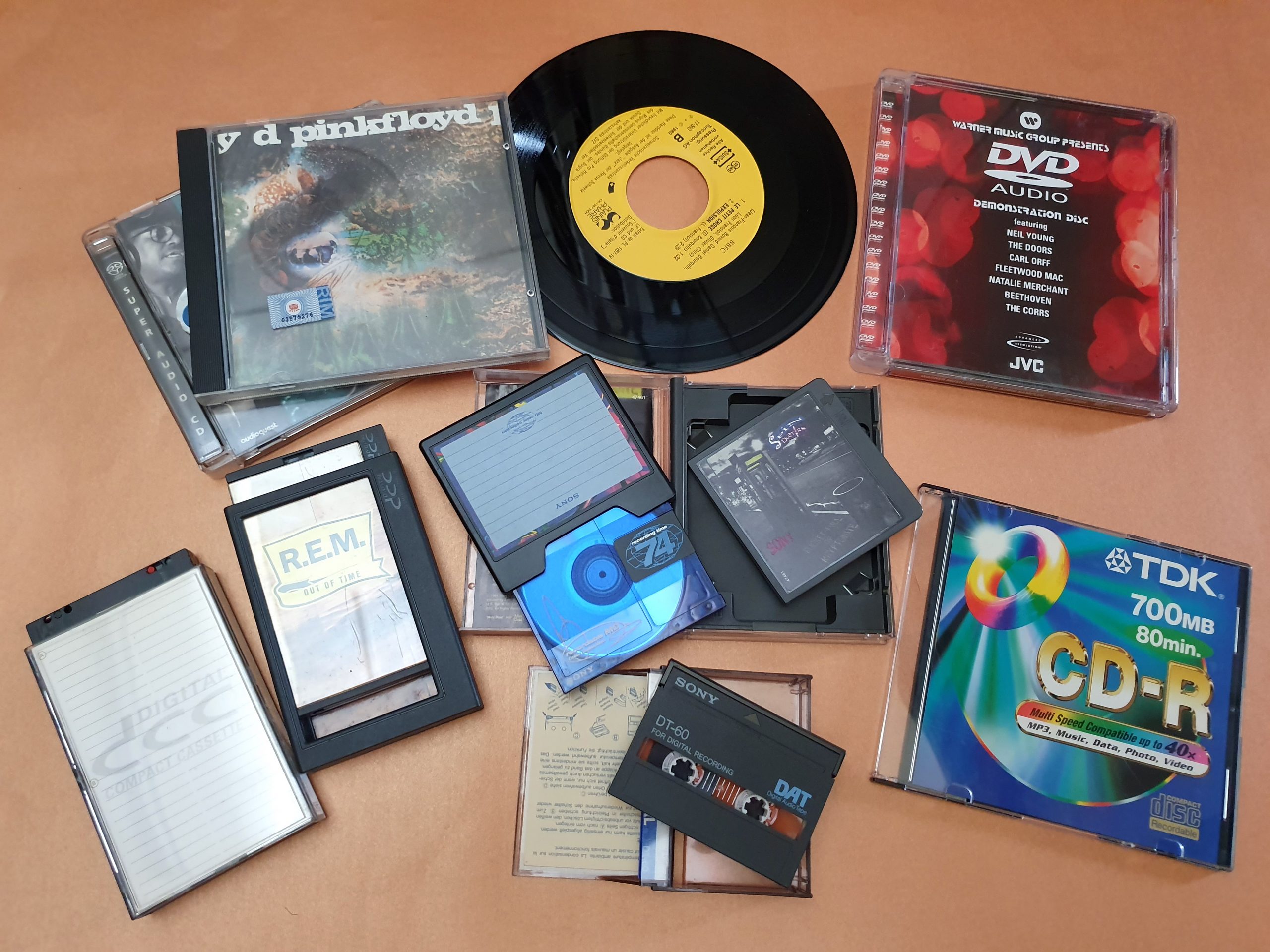 EVERY decade, something new comes into fashion, others go out of vogue, and yet some other stuff makes a comeback. Technology’s progress ensures change, although some might say not always for the better. Older folks pine for a time when everything was simpler and more “human”… a younger generation can’t imagine a world sans the smart devices around which their lives revolve.

The audio industry is no different. Between the invention of the first device that recorded sound waves – the phonautograph in 1857 – and today’s high-resolution streamers, there have been numerous recording/playback mediums and music formats that either captivated the mass market or failed miserably. The timeline of audio is littered with the latter, especially in the era of digital audio which took off in 1982 with the introduction of the Compact Disc.

Hard to believe how much things have changed since then. The CD grew in acceptance and dominance over the next three decades to become the mass-market medium of choice. As with vinyl, recording labels issued albums and singles on CD; for a while, vinyl was edged out, with pundits predicting the analogue medium’s demises as far back as in the early 1990s. But vinyl has survived.

And what of music lovers who had relied on the analogue compact cassette to make “mixes” of their choice? Well, that went digital too, as complementary digital formats rode alongside the CD to replace the tape of yore – Digital Audio Tape (DAT), Digital Compact Cassette (DCC) and MiniDisc (MD) were all pitched as replacements for tape. Not forgetting the recordable/rewritable CD – CD-R and CD-RW.

These digital carriers had their storage limits, but along came MP3 in the late 1990s to signal the arrival of lossy audio compression, and allowing more songs to be stored on any medium. Yes, MiniDisc had used ATRAC audio data compression earlier, but it never gained wide acceptance… MP3 soon became the preferred way for users to store a huge number of songs in a small package… the success of Napster and the iPod was largely due to the availability of this technology.

From MP3, it didn’t take long for the Internet to catch up, as data transfer speeds grew from the snail’s pace of the late 1990s to today’s blindingly express bits. Thus, streaming music stored on Internet services to your own personal device quickly became the thing – for many, it is a convenient way to access a whole new dimension of musical offerings. The headfi market place has grown enormously in the past five years, as more consumers take music and hi-fi into their personal space.

Today, the CD is increasingly being relegated to history by the younger generation of music lovers. That it continues to be available, despite flailing sales and usage, is thanks to the massive numbers it shifted in its best years. There are still billions of CDs in circulation, and even if every company making them were to cease operations today, there would still be enough to pass hands for a few more decades. Just look at the situation with vinyl!

Today, as we enter the 2020s, and even as both CDs and LPs continue to interest audiophiles and pre-millennial music lovers, two things are surely certain – one, streaming and wireless are the future for the hi-fi and music industries; and two, we surely have seen the last of any new “physical” digital formats to replace the CD. The storage drives and cards of today ensure we won’t be needing any more optical discs. And with streaming services like Spotify, all you need are your smartphone and a pair of good headphones to enjoy decent audio from a massive databank of musical recordings.

Oh, yes, of course… vinyl will live long and prosper! Whoever doubted this?

As we entered the 2020s, we asked our reviewers to pen a few thoughts on what they foresee for music playback, and what they wish for – not necessarily the same thing – in the decade ahead. Let’s see what they have to say.

JOHAN KHOO
Wish: Fewer religious wars in hi-fi, as in digital vs analogue, belt drive vs direct drive, etc. A realisation that there are many ways to skin a cat.
Prediction: Streaming will give us all the music in the world but paradoxically, we will likely listen to less and less as we harden in our musical tastes.

JLOH
Wish: I’d like to see lossless (better yet, high resolution) streaming as an option on all platforms – given the potential economies of sale, this could benefit everyone and bring the cost of subscriptions down to even more affordable rates.
Prediction: A surge in consumers adopting wireless connectivity, which will hopefully see a proliferation of wireless speakers, headphones and streaming devices offered by manufacturers!

FOO MARN HING
Wish: Better new pressings of music at much more realistic price points, of new artistes and titles, and not just reissues. And headphones with a built-in streamer.
Prediction: Streaming will be much more mainstream with easy-to-use household audio equipment ready to enable streaming on demand, like the radio of yore.

SEE MENG
Wish: The re-manufacture of the legendary turntables of yesteryears at real-world affordable prices of today.
Prediction: “Paint on wall speakers” for the ultimate soundstage, thanks to a new technological breakthrough for transmission of signal and energy… your entire house is now a speaker.

EL HEFE
Wish: For the music industry to have a better control over sound quality in LP production, both for new and reissued material. There should be a global standard on this, with proper implementation.
Prediction: Streaming will continue to dominate the industry, as more and more consumers embrace this lifestyle.

SURAJ RAJ
Wish: For high-resolution audio to be available on all streaming platforms and pricing to be even more affordable due to wider availability.
Prediction: Artificial Intelligence, machine learning and big data will be increasingly used in music and audio production, which will change how music and audio are produced and how we listen.

LIM JUAN
Wish: That they do not switch off FM radio transmission in Malaysia. Given there is so much more music available nowadays; more  “curators” and tastemakers to help us navigate the wheat from the chaff, like those influential deejays or hosts like John Peel.
Predictions: None