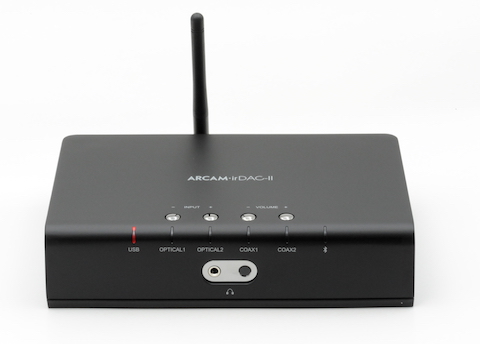 BRITISH manufacturers Arcam is one of the major innovators of the hi-fi industry – although it does not always get due recognition as such. Its most notable achievement, undoubtedly, was coming up with the world’s first external digital-to-analogue converter, the Black Box – amongst a few other firsts.

Fast forward to the present and things have come full circle. The DAC market is one of, if not the most, hotly-contested segment of the consumer audio market now. It has to satisfy the demands of head-fi, computer audio and even lifestyle customers – which is exactly what the Arcam irDAC-II DAC/headphone amp sets out to do. 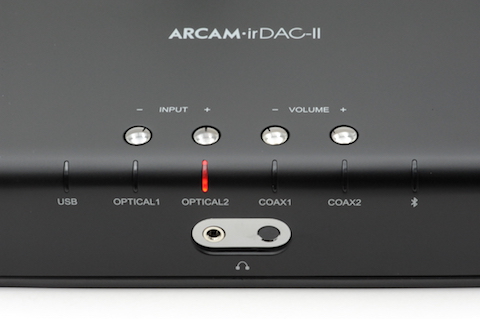 BITS AND PARTS: The irDAC-II is first and foremost a DAC, providing decoding for both PCM and DSD digital formats (up to PCM 24-bit/384kHz and DSD128 resolutions) utilising the ESS Sabre ES9016K2M chip as its engine. Notable is the variety of connection options it provides – it accepts regular electrical digital signals (CD transport, digital media player) or from computers and smartphones (USB and Bluetooth).

Those with separates systems have the option of routing its output through a preamp or connecting it directly to a power amplifier. Headphone users are not left out – it has a single 3.5mm headphone output on the front panel, and Arcam says the amplification section has been taken directly from its flagship A49 integrated amplifier.

Despite the many functions it provides, the irDAC-II is built into a relatively small-sized chassis. There’s nothing outstanding about its appearance, and with an antenna sticking out from the back panel and a row of LEDs on the front panel, you would be forgiven if you mistook it for a Wi-Fi router! Its cast aluminium chassis measures 44 x 194 x 124mm (h/w/d) and weighs 1.1 kg, and the unit feels solid. 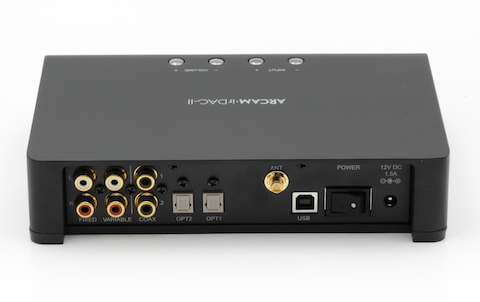 Connection options available are two pairs of coaxial outputs (one fixed, one variable), while digital inputs provided are two optical, two coaxial and a single USB “B” input. As mentioned, the irDAC-II features an antenna, but for Bluetooth purposes only (sorry, no Wi-Fi connectivity). The array of hard-wired and Bluetooth connection options (six in total) is more than you will ever practically need at any one point, but is welcome nonetheless.

There are four control buttons toward the front of the top panel, which offer input selection and volume control (for its variable RCA and headphone outputs), but the unit can also be controlled with a small remote unit. Notably, the remote also enables switching of tracks on a smartphone or computer, but this would be software-dependent (it worked fine with jRiver). 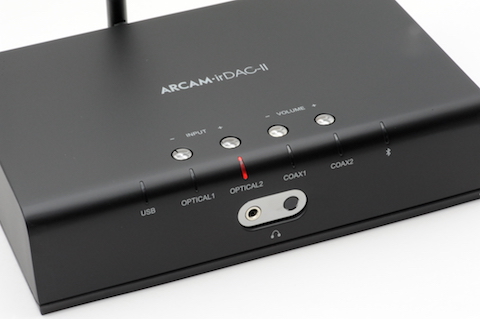 IN CONCERT: Setting up the irDAC-II for first use is a painless affair and pretty much plug-and-play. If hardwired, Apple device users still have to use that darn Camera Connection Kit and computer-based systems with Windows have to install the necessary drivers, but there were no hiccups experienced otherwise and it was smooth sailing throughout the review period.

In short, the irDAC-II is excellent and does everything it is supposed to with aplomb. Used as a standalone DAC in a separates system, it is apparent how smooth and polite everything seems to be. Tonally, it veers towards the neutral side of things with just a touch of warmth, and displays little or no stridency or traces of digital glare.

Where the irDAC-II shines is its ability to bring out detail and present a wide, layered soundstage with precise imaging. It paints a convincing image of a large sonic space with loads of air around the instruments. This goes hand-in-hand with its transparency and detail, which easily etch out all the nuances of the instruments in play. 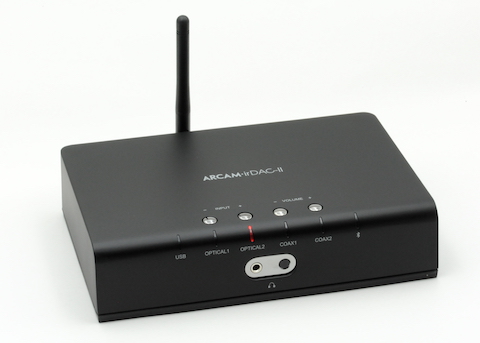 I have never been impressed with Bluetooth connectivity, and its implementation on the irDAC-II will not change my opinion of the technology anytime soon. While the unit employs aptX LL (low latency), it would have been preferable to include the aptX Lossless or aptX HD as well. As it stands, any music transmitted wirelessly sounds thin, uninvolving, and at times, strident. It is as if you removed all the positive traits that the irDAC-II displays with a hard-wired connection and gave the exact opposite instead. Besides its utility, I don’t hear any sonic benefit to it.

But this is all easily forgotten once you plug a pair of headphones into the unit. Simply put – the headphone section is the irDAC-II’s strongest suit. There’s loads of power on tap, which will potentially drive even the most demanding pair of cans. Even with sensitive in-ears, the irDAC-II was dead silent, which allowed all the nuances of its excellent DAC section to come through.

APPLAUSE: Has a fantastic headphone section, a myriad of digital inputs and a variable line-level output, reducing clutter on the hi-fi rack or desktop system. That it is sweet-sounding is icing on the cake.

BUT…: Bluetooth connectivity too much of a compromise on sound quality, and the inclusion of aptX HD or aptX Lossless would have been good. Faces serious competition from other DACs at similar price points and may sound a little too polite for some.

FINALE: The Arcam irDAC-II is the ideal solution for for those who need a small-form DAC, such as in a desktop audio system. If you’re looking for a digital hub that caters for your modern lifestyle, you have to give this an audition.